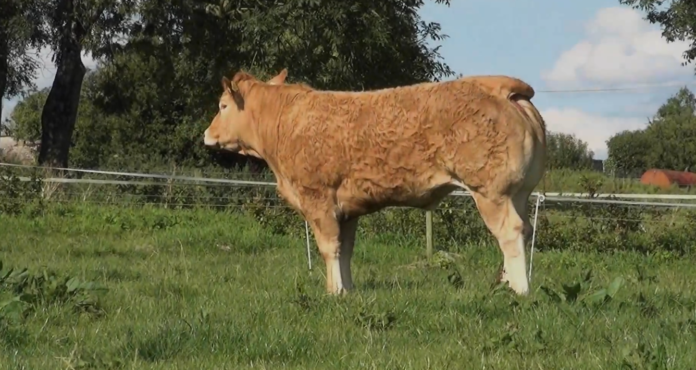 Lot 19, an Elite Ice Cream ET daughter, went under the hammer at Roscrea Mart, along with thirty-nine other deep pedigree females and embryos.

The March-2019-born heifer is a twin to a female and is out of Roundhill I UNAMINE 1440, an Elite Forever Brill ET (TVR) daughter with lines including Unanime, Wilodge Vantastic, Ardlea Coillte, Obus and Rafle on her maternal side.

She was presented for sale with a replacement index of €76 with a two-star rating within the breed and a three-star rating across with the breed, along with a terminal index of €167.

She boasts five-stars for docility, carcass weight and carcass conformation within the breed, with two stars for daughter milk and one star for daughter calving interval.

‘One of the best we have bred’

“A superstar and one of the best we have bred, sure to be a show heifer from a superb and consistent family.” the Corridans explained ahead of the sale.