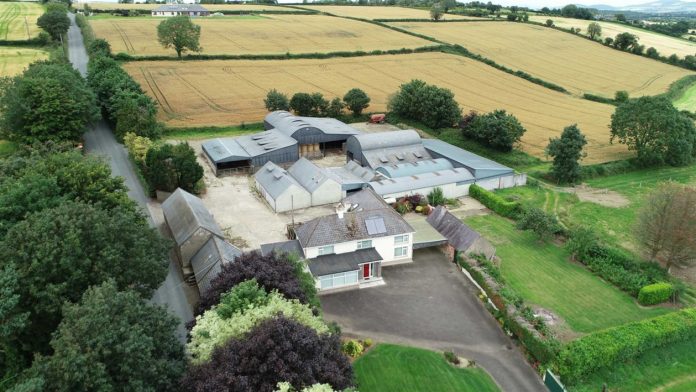 A circa 87-acre residential holding with an extensive range of outbuildings went under the hammer yesterday (Wednesday, September 2nd), with a guide price of €1.2 million.

The selling agent, David Quinn of Quinn Property, reported “strong levels of interest” in the holding at Coolnahorna, Scarawalsh, Enniscorthy, Co. Wexford prior to the auction.

The property was offered in the following lots:

Lot 1 attracted three bidders and went on the market at €550,000. With brisk bidding, lot 1 went under the hammer at €770,000 equating to over €16,000 per acre. The successful bidder is a local businessman, according to the selling agent.

Lot 2 proceeded in a “similar fashion” with five bidders in total. The residence and farmyard were declared on the market at €480,000. Bidding peaked at €615,000 with the purchaser a local accountant acting in trust.

He hailed the result as a “substantial vote of confidence in the local property market” given the size of the holding.

“This an exceptional result that displays the strong demand for quality holdings in County Wexford.” he concluded.