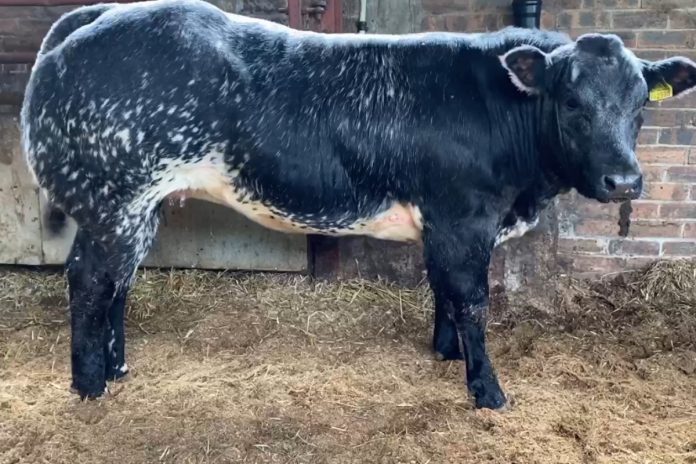 A Clare-based farmer forked out £5,350 (approximately €5,968) for a 12-month-old Limousin-cross heifer at a sale held in Scotland last Friday (September 4th).

They sold six calves to an average of £2436.67 at Aberdeen and Northern Marts as part an online sale of “spectacular” calves.

Their sale topper, which recently stood champion in the Aberfeldy Online Show, is by Calogale Irresistible and out of a Limousin-cross cow.

Backed with tremendous breeding, her brother sold for £6,000 at the Thainstone Spectacular in 2017 and went on to stand reserve champion at the Agri Expo.

Selling to Bristol at £2,250 with M Lanfear, Woodside Farm, Pilning, was a November-2019-born Limousin-cross heifer by Glenrock Inferno.

She is bred out of a dam which has produced a Royal Northern Spring Show champion at £4000 and two other calves at £2400 and £1800.
Second-highest price

Ian Miller of Miller Farms, North Lurg, Midmar, sold the second highest-price animal on the day of £3050. This was a six-month-old Limousin cross heifer by Melys Label, which sold to Blair Duffton, Huntly.

Next best at £2,050 was a 15-month-old Limousin-cross heifer from Balfour Baillie, Sebay View, Tankerness, Orkney. By Glenrock Humdinger, she sold to D Lumgair and Son, Gask, Letham, Forfar.

Mark Munro and family from Invercharron, Ardgay, sold three calves for £2050, £1850 and £1550 apiece.
The dearest from the Invercharron consignment was a 12-month-old Limousin-cross heifer by Lodge Hamlet, which sold to Blair Duffton, while the Stewarts from Gunhill, Pitcaple, Inverurie, paid £1,850 for the family’s 17-month-old Limousin-cross heifer by Powerhouse Lynx.

Top price from Michael Robertson and family of Easter Fodderletter, Tomintoul, Ballindalloch, was £1900 for an 11-month-old Limousin cross heifer.

She is the first calf by the 10,000gns Homebyres Nistleroy to be sold and was purchased by Seafield Park, Park Farm, Nairn.

The online event, held in conjunction with SellMyLivestock, saw 16 calves change hands, with three selling across the water to Northern Ireland and another heading south to Bristol.

John Angus, head of livestock at Aberdeen and Northern Marts, said that the sale was a phenomenal success, despite the usual Thainstone Spectacular show and sale format not being able to take place due to Covid-19 guidelines.

“The online sale attracted more than 50 registered bidders from all corners of the UK and saw frantic bidding throughout for tremendous calves from well-known commercial cattle breeders,” he concluded.