That's FarmingThat\'s Farming Irelands Largest Farming News, Properties and Classifieds Network
HomeDairy‘This could have ended in death for both cows’ – vets on...

A veterinary practice in Northern Ireland has urged members of the public to dispose of litter responsibly.

Mourne Vets issued the appeal on social media on Wednesday, May 26th, 2021, after one of its vets had to remove foreign objects from two cows over the weekend.

The veterinary practice warned that although the animals have made a full recovery, both could have died, as a result.

In a statement, a spokesperson for the practice said:

“It is important for all members of the public to take care of our countryside and responsibly dispose of our litter!”

“Last weekend, vet, Rachel, visited one of our farms to remove foreign objects from the mouth and throat of two separate cows.”

“Littering caused great discomfort and distress to these animals and put their lives at risk. Thankfully, due to the quick actions of both the farmer and vet these cows have now made a full recovery.”

“However, this could have ended in death for both cows involved. Please dispose of your litter responsibly,” Mourne Vets concluded. 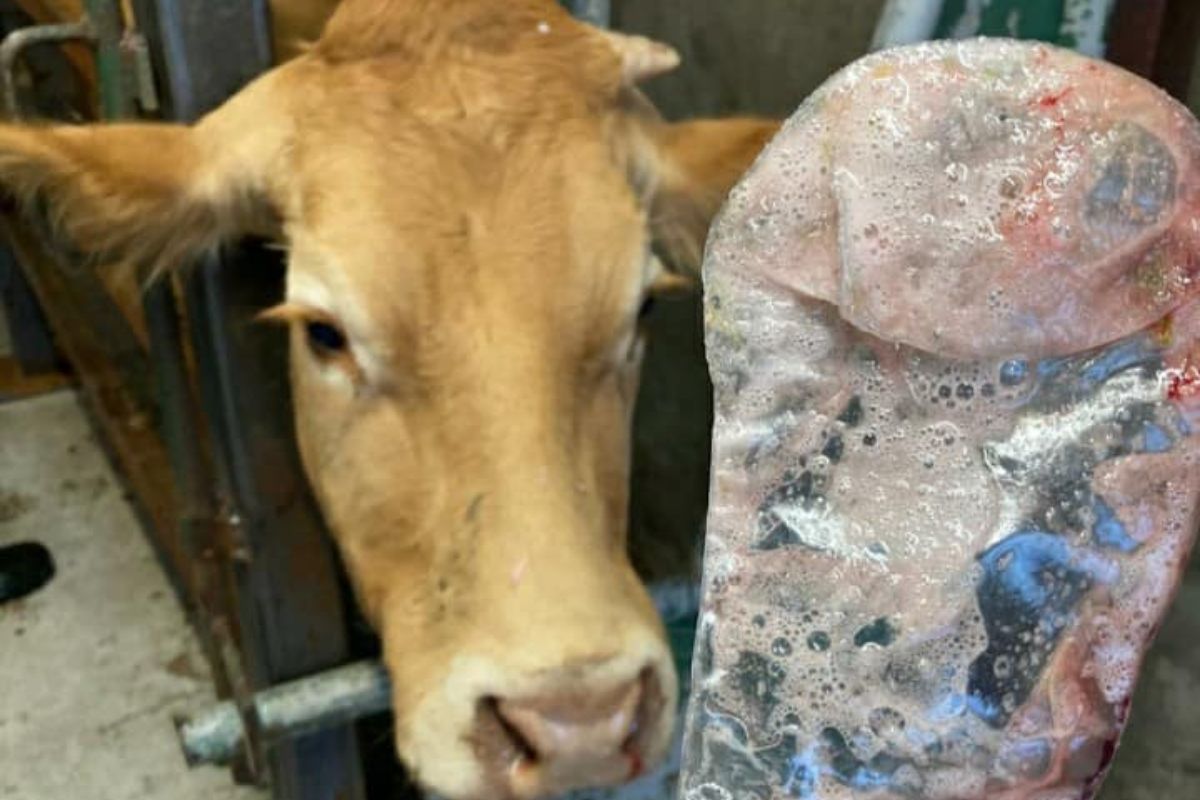 Man fined for tipping tarmac next to farmer’s field

Meanwhile, last month, a court ordered a male to pay almost £400 after CCTV footage captured him dumping tarmac next to a farmer’s field.

In a hearing at Peterlee Magistrates’ Court, he admitted a charge of depositing controlled waste otherwise than in accordance with an environmental permit.

In a statement, regarding the incident in the UK, a spokesperson for Durham County Council said:

“One of our neighbourhood wardens spotted the waste strewn across the entrance to a field on Petwell Lane, Easington Colliery, in August 2020.”

“Footage from CCTV showed that two fly-tipping incidents had taken place that month, one on August 7th and one on August 14th, when two men were shown getting out of a white Ford Transit tipper-type van and leaving the tarmac at the rear.”

“The landowner had not given any permission to anyone to deposit on the land.”

You can read the full story: Man fined for tipping tarmac next to farmer’s field