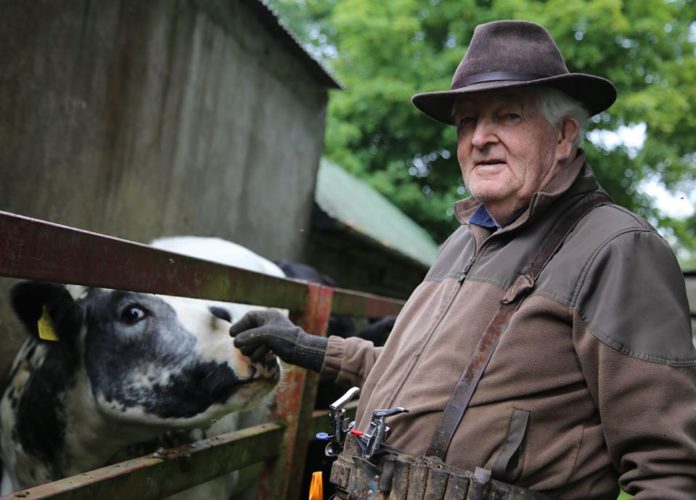 At the age of 85, Brian Gormley MRCVS is one of the most senior veterinary surgeons still practising in Ireland.

He was recently profiled on the popular Humans of Longford Facebook page.

During a brief conversation, he spoke about growing up in rural Ireland in the 1930s, times past, family and working life, and the current global health pandemic.

When asked if he was the most senior vet still working in Ireland, he said: “I suppose that’s true….there was a vet down in Tipperary who worked until he was 101 but he died last year – R.I.P.”

Gormley explained that he was born in 1935, a period when the island of Ireland was experiencing “harsh times” with “real” hunger and starvation in some places.

“Country people at least had their own cabbage, onions, potatoes and killed a pig, but the poor of the towns had little or nothing; there was no government support.”

“A person on the dole today is probably twenty times better off than a working person back then. People don’t realise how well off we are now in comparison.”

Secret to a long life?

“My own longevity? Well, I never smoked, that helped, but I love my work…also – when you stop, you drop…or maybe it’s genetical…in the genes.”

“Looking back, I survived St. Mel’s College as a boarder…that was after the war and I thought if I survived that, I’d survive anything….times were tough back then…you had to be tough…”

“My own mother died when I was only 3. Maybe there’s toughness in the genes – I have a grandaughter Suzy Kane. She lived in Castlepollard but when she attended Cnoc Mhuire secondary school here in Granard she used to stay with us during the week.”

“She used to bring her sheep and calves to look after when she was here…always a great worker with the animals…a real topper of a girl.” he added.

“Well, now she’s a nurse in New York and was one of the first to volunteer as a nurse on the Covid ward.”

“Sadly, Covid killed some of her fellow health workers but she’s soldiering on and attributes her excellent health to her youth when working with the sheep and calves. It could be true… so, hard work does certainly help.”

“By the way, I think Covid was here in the country after Christmas before it was officially announced. Plenty had a very heavy, unusual flu. Now, we all wish it’d go away.”

“Have to go now…look after yourself and the stock….” he concluded.

- Advertisement -
Previous article
VIDEO: PHOTOS: Steer gets trapped in water trough
Next article
No end in sight for unsettled conditions