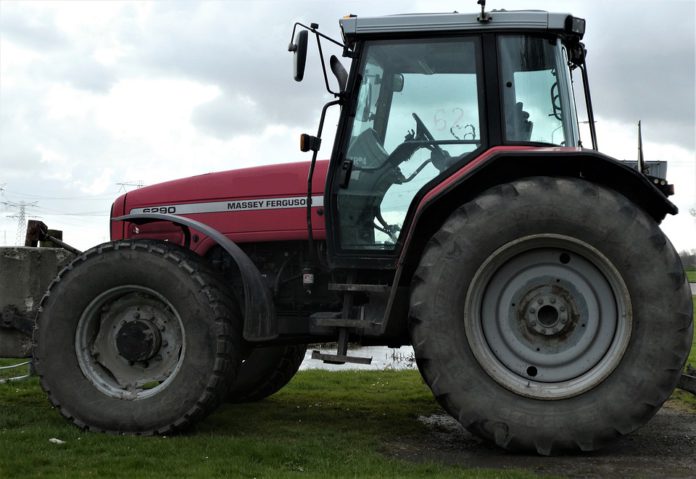 A husband and wife have been banned from being company directors, after they breached agreements to stop publishing misleading tractor ads.

Alan Farrow (34) will be joined on the disqualified directors register by his wife, Marina Farrow (34), who has been banned for 5 years.

Their disqualifications came into effect on May 7th, 2020 and they are now banned from directly or indirectly becoming involved, without the permission of the court, in the promotion, formation or management of a company.

The Farrows were directors of East Yorkshire Machinery Limited – a company, incorporated in October 2013, which bought and sold second-hand tractors, agricultural machinery, and plant equipment.

Following complaints to Trading Standards, Alan Farrow signed an undertaking in January 2016 agreeing that he would cease publishing sales adverts that were misleading about the condition of tractors and other products.

Farrow, however, continued to breach the undertaking and following court action brought against him by Trading Standards, he signed a further agreement in November 2017.

By April 2018, East Yorkshire Machinery was placed into liquidation and a subsequent investigation by the Insolvency Service into the conduct of Alan and Marina Farrow found several complaints had been made to Trading Standards about the company.

Investigators uncovered that between January 2016 and October 2017, at least 11 customers purchased tractors and other goods advertised for sale from East Yorkshire Machinery worth more than £88,000.

East Yorkshire Machinery, however, did not supply or deliver the goods and failed to refund several customers.

In one case, a customer only received a refund after they obtained a court judgment against the company.

Further enquiries uncovered that between April 2016 and May 2017, at least 7 customers bought goods from the company worth close to £35,000.

However, customers received goods that were either misdescribed or not in the same condition as advertised.

Three customers managed to secure refunds after obtaining court judgments, while the others remain as creditors in the liquidation.

On April 16th 2020, the couple had their disqualification undertakings accepted by the Secretary of State after they did not dispute that they had caused or allowed East Yorkshire Machinery Ltd to continue to breach the Business Protection from Misleading Marketing Regulations.

“The company and its directors had caused considerable distress to its customers, not just in the East Riding, but across the country for a prolonged period of time and they operated in a manner that was for their own financial and selfish gain.”

Rob Clarke, chief investigator for the Insolvency Service, said: “Alan Farrow was fully aware the company was publishing false adverts that misled customers leading to them buying goods that were either misdescribed and in some cases not even supplied.”

“What’s worse is that Alan Farrow had signed an agreement promising the company would stop but continued to do so anyway. He has since gone on to sign a further undertaking in court.”

“This is totally inappropriate conduct for company directors and thanks to the joint working with East Yorkshire Trading Standards, Alan and Marina’s bans send a clear message that corporates should comply with legislation which is in place to protect customers who in this case were the real victims.” Clarke concluded.