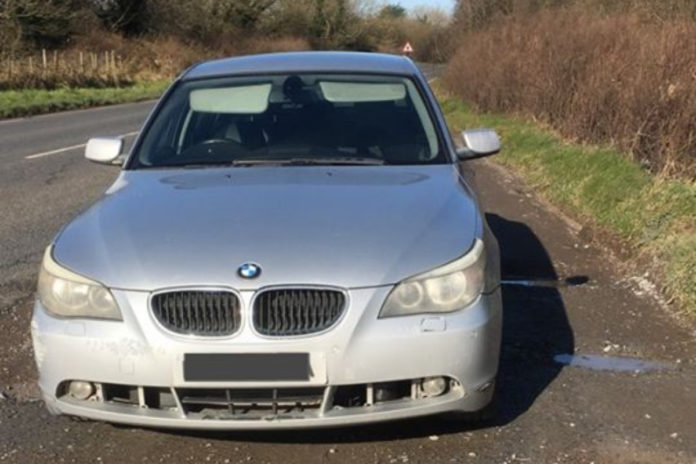 The PSNI seized a car earlier this week after they detected that it was being driven on red agricultural diesel.

In a statement, a spokesperson for PSNI Dungannon & South Tyrone, said: “We came across the driver of this car, who tried his best to get away from us, putting his foot to the floor when he noticed us coming behind with blue lights on; smoke billowing from the car as he tried to get away.”

“The driver may have been in a BMW; however, our Skoda managed to keep up and the male eventually saw sense and stopped.”

“The car was found to be running on red diesel, it had no MoT, was untaxed, there were drugs in the car and the driver was not wearing a seatbelt.”

“He was issued with fines, and can expect to pay an even bigger fine to get his car back from Customs.” the spokesperson added.

The PSNI warned that if they discover dangerous illegal cars, they will “take them off the road”.