A woman has been disqualified from keeping animals for five years and fined €200 for causing “unnecessary” suffering to a dog.

Defence solicitor, Rory O’Brien, entered a guilty plea on McGinley’s behalf to an offence under section 12(1)(a) of the Animal Health and Welfare Act (AHWA) 2013.

The case arose following An Garda Síochána’s discovery of a male Siberian Husky dog on September 13th, 2019, in the course of a routine search.

The court heard that the woman took in her son’s dog after he was killed in a road traffic collision.

Due to Gardaí’s concerns for the dog, they contacted the ISPCA for assistance and senior inspector, Kevin McGinley, attended the property.

He told the court that he was “immediately struck” by the dog’s condition and living accommodation.

Kevin said the animal’s coat was “extremely matted”, and he was living in “filthy conditions covered in faeces and muck”.

He was in a pen at the back of the yard, and his only bed was a wooden pallet. He said this was also “extremely dirty and covered in muck”.

The dog, named Beckham, was surrendered to the ISPCA and transferred to a local vet for an examination and treatment.

On assessment, the vet found that Beckham was also underweight under his blanket of “matted” fur.

Later that evening, Beckham was transferred to the ISPCA’s Donegal Animal Rehabilitation Centre in Ramelton for care and a groom.

According to ISPCA centre manager, Denise McCausland, the dog had to be sedated before his coat could be groomed.

“Due to the extent of the matting, 2.2kgs had to be removed to prevent further suffering.”

“He received the expert care that he needed and was fully rehabilitated by our dedicated animal carers and volunteers here at the centre.”

“Beckham has since been rehomed where he is loved and cared for,” McCausland concluded. 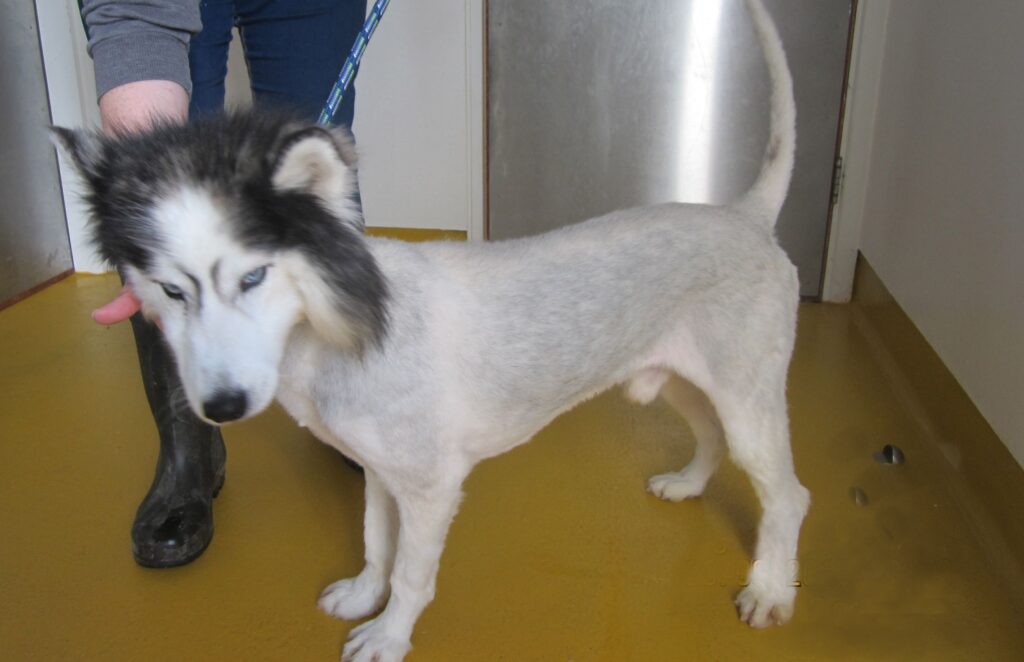 - Advertisement -
Previous article
Cull cows to €2,200 and heifers to €1,930 in ‘strong’ trade at Tuam
Next article
Over 200 in-calf heifers selected for shape and size for the hammer