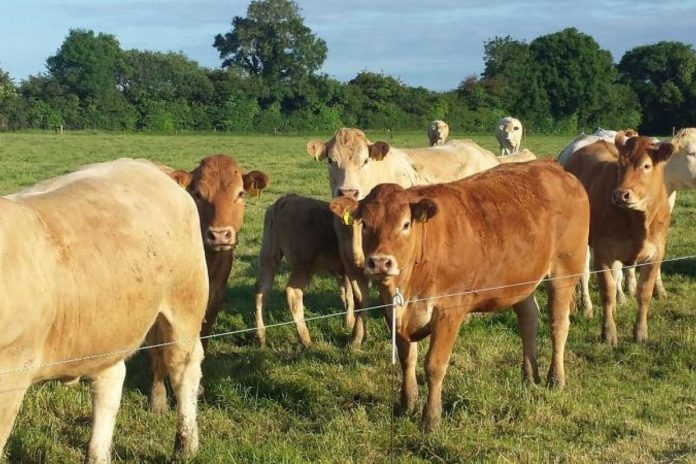 The ICMSA has reaffirmed its belief that all market indicators now combine to make an irrefutable case for an “immediate and significant improvement” in the prices paid to farmers for their cattle.

Speaking in advance of the second meeting of the Beef Taskforce, its president, Pat McCormack, said that the Bord Bia Beef Price Tracker is already proving invaluable in clearly showing that the markets into which Irish sells it beef have moved – and are continuing to move – in a positive direction and with a momentum that has to signal an improvement in farmer beef price.

But, Mr McCormack cited other evidence in support of his demand for an increase in beef prices for farmers.

“For example, in the UK – where over half our beef is sold – the beef price is now exceeding €4.00 per kg while the gap between the Irish and UK price is actually growing rather than falling.”

“Today, based on current exchange rates and factory quotes, the gap has widened again to 42c/kg and 50c/kg respectively.”

“That has to mean better prices for the farmers and it’s simply not acceptable to expect us to ignore the evidence of the data and our own eyes – particularly given the income position of beef farmers.”

He stressed that it is “absolutely obvious” to all that markets have improved and he said that MII members must immediately increase the price of beef to farmers in line with those market improvements.”

“We have seen the gap between Irish and UK beef prices actually widen rather than narrow since mid-2019 and the upsurge in anger over the deliberate suppression of the prices paid to the farmers.” McCormack said.

“This gap is costing Irish farmers very significantly and is compounding the massive frustration of farmers who see markets improving but their prices remaining static.”

“This situation cannot continue, and we need an immediate positive response from MII members. I genuinely can’t understand why the beef processors cannot see that paying fair prices is in their own interests if they are at all serious about keeping an ongoing supply of top-quality cattle?”

“The evidence is irrefutable and there has to be a proportionate lift in farmer beef price straightaway.” the national farm leader concluded.