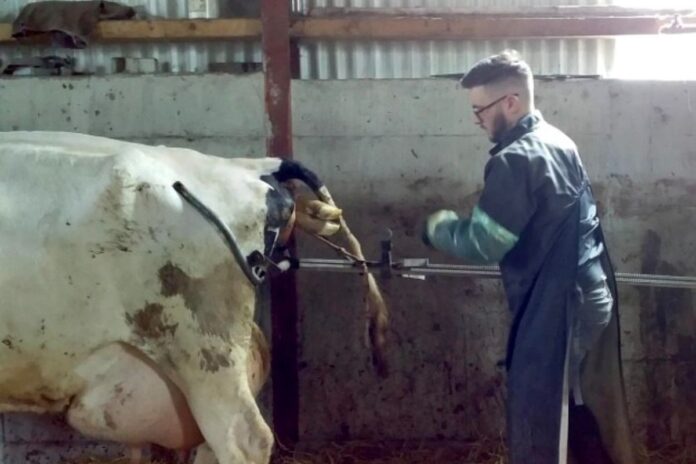 One of my uncles on my mother’s side is a dairy farmer with a herd of about 100 Friesians-crosses, and this is the farm I would have spent most of my time around when I got an interest in farming.

I will not beat around the bush and say that I have a rich heritage in farming that has gone back countless generations because I do not.

In truth, I became interested in farming only a few short years ago when I took on agricultural science for my Leaving Certificate.

But, I have an interest, which is the most important thing. You do not have to be from a farming background to be interested in farming.

You need interest and a willingness to learn, and it suddenly becomes very easy to be in the know regarding farming.

However, I will admit I have always had a love for nature and wildlife, and I suppose it was somewhere along this path that I became interested in farming and agriculture.

From there, I have just found myself spending more time on my uncle’s farm trying to catch up and learn all I need to know about farming which is needed to build a basis for my veterinary career.

Over the years, I have gained an interest in breeding and rearing pheasants. Currently, I rear about 100-200 pheasants over a season, and I work with farmers to repopulate areas with these magnificent birds.

The pheasants, I breed are mostly common ringnecks, with Buffs (orange/yellow), Melanistics (blue/green) and Leucistic (White), which are all basically genetic variants of common pheasants but with drastically different plumage colouration.

The scale of breeding I do is very small as it is more of a hobby, but I can see myself going into it in a bigger way in the future.

In the last few years, I have also bred wild mallard ducks. I believe this work is very important to maintain biodiversity on both agricultural and wildland types.

There was absolutely nothing else I could have been but a vet! The first man to inspire me to become a vet was a local vet called, Michael O’ Connell, who sadly passed away just a few years ago.

He was one of the few vets around the time of my grandparents who knew about dogs and cats because of his training in the UK. Because of that, he was a highly regarded man locally.

Furthermore, he was a family friend of my grandparents, and I often remember him telling me how ‘there was a vet lost in my grandad’ because of his knowledge regarding animals and dogs, in particular, as my grandad had a strong interest in working dogs and gundogs.

So, I think you could say it was really because of Michael and him explaining how it was almost in my DNA to be great with animals that inspired me to choose veterinary as my career choice. 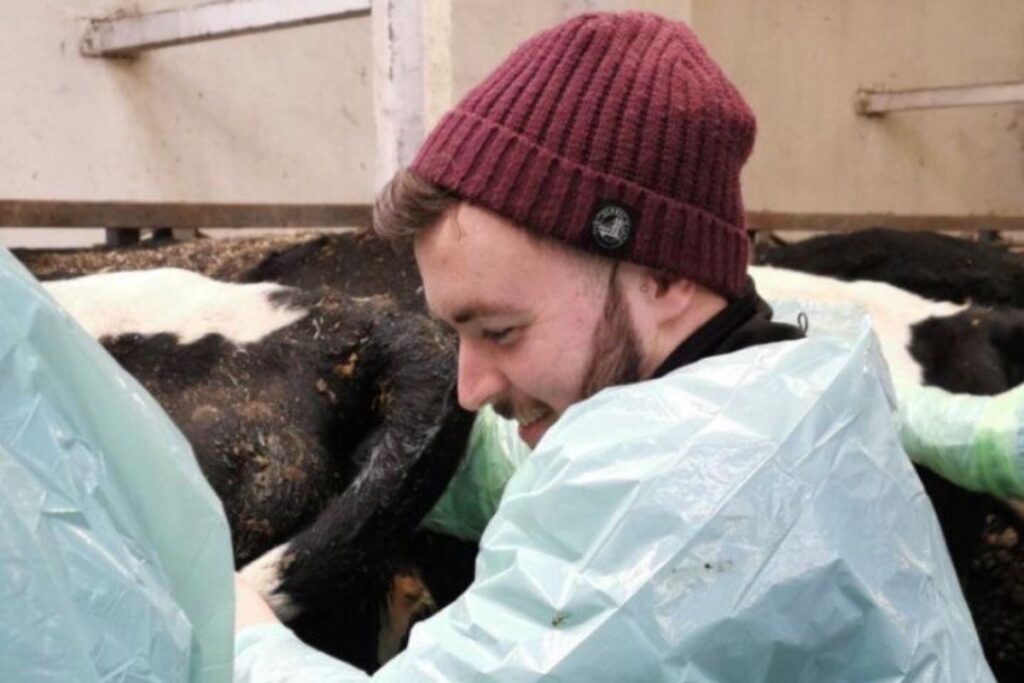 Sadly, I had just started my clinical years of veterinary when Michael passed away, so I never got the chance to extract some of the infinite knowledge he had about animals, whether farm or small animals.

When I got to the time of my Leaving Certificate, my heart was set, and I only put down one choice on my CAO and that was veterinary in UCD.

I said to myself that if I did not get it the first time (which I did not), I would simply just do the Leaving Cert all over again because I knew this was the only career I wanted.

As for considering other career paths, I must admit at one time, I fancied myself as being one of the next Colin Stafford-Johnson, an Irish wildlife cameraman.

But that notion only came from a longing to be someway involved with animals and the outdoors, so veterinary always seemed like the more attainable option in that regard.

I enrolled in UCD’s (University College Dublin) veterinary medicine course in 2018 and will graduate in 2023.

It was the only veterinary course in Ireland, and I am a home bird so travelling abroad for college was not something that appealed to me.

I enrolled straight after school. Most people assume that people who go from these courses with high points, which veterinary often is, that you must like school, and that is why these students do so well in exams.

However, I can confirm that it is not at all true because I was never a fan of school.

I always preferred learning in a ‘hands-on’ kind of a way, and so my plan was always to steamroll through the education system until I got to final-year veterinary, where I had time to practice a hands-on approach to veterinary, which suits me.

After college, I hope to head back down south and work somewhere in the Kerry, Cork, Limerick region, otherwise known as Sliabh Luachra. I love this part of the world with its rolling hills, wild mountains, and majestic lakes.

Moreover, I know a majority doing veterinary would prefer to go abroad or to bigger towns and cities where there are high volumes of clients and where the wage is often greater.

But for me, it is not all about the big practices and the high-paced life that veterinary often is associated with.

My ideal job would be in a mixed practice, down near my home in the south, with a good work-life balance. That is really what is most important to me; a bit of a James Harriot kind of character, you could say.

I would advise anyone who wants to study veterinary to stay at it and work hard to get it.

Also, I think it is important to not have veterinary consume you as it can be very easy to leave it to become the only thing you think about all day, every day.

In my opinion, it is so important to have other hobbies and activities that make you happy as it is good to have a break from the intensity of veterinary.

My plan, as I said, is to work in a mixed practice next year and gain experience in both with both large and small animals to see where my interest lies and which lifestyle, I am more suited.

Being a great mixed animal vet with a good work-life balance so I can follow my other interests, such as Irish music and running, is my main goal.”