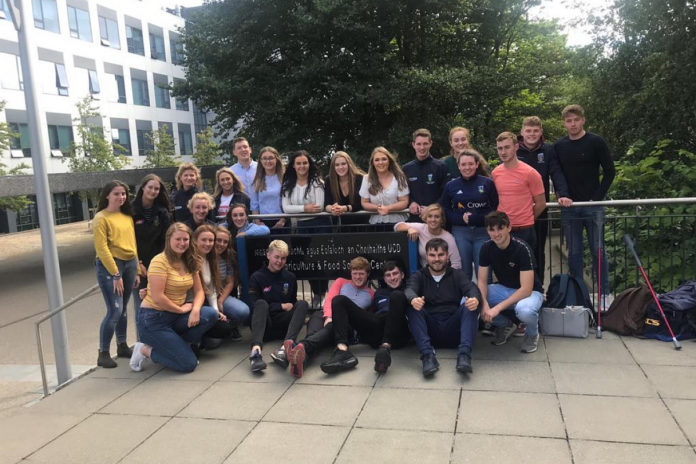 The Covid-19 pandemic has put a major dent on many charity fundraisers around the country with social restrictions in place and, with people out of work, spare cash at a premium.

The UCD agricultural science society has had to be innovative in order to support their chosen charities through this crisis.

UCD AgSoc has decided to run their charity raffle via GoFundMe this year. The idea came from their white-collar boxing event, where the fighters set up GoFundMe pages so that friends and family could sponsor them.

That’s Farming spoke to Aoife Bergin, AgSoc auditor, who said deciding on a plan of action was not a straight-forward decision. “We were wondering if it could be done because we already had the prizes. We wanted to give it a good shot for the sake of the charities and the sponsors were so good to donate those prizes.”

“I was hesitant at first that it might come across the wrong way, especially now when people are already under pressure. After putting it to the committee in our group chat, we came to the conclusion that we would be doing our best for the charities and that’s the main thing.”

Coronavirus has put a stop to many events that the committee had planned in the coming weeks and months, which in turn, will impact the amount of money the society can raise for their charities.

“We had planned three or four more events and we were looking into others as well. The tea shop on-campus is another big loss to us as well because that makes a lot of money throughout the year,” she added.

Aoife highlighted that although their charity events have been halted, their chosen charities, Teac Tom and CMRF Crumlin, are both working hard during these difficult times and they will try their best to help them as much as they can.

The page only went live in the last 24 hours and Bergin said she is overwhelmed by the support they have received so far. “It’s nice to see something positive happening now. Everything is so doom and gloom at the minute so it’s great to see something different.”

The prizes for this year’s raffle are as follows:

If you wish to support UCD AgSoc and enter the raffle, click here.