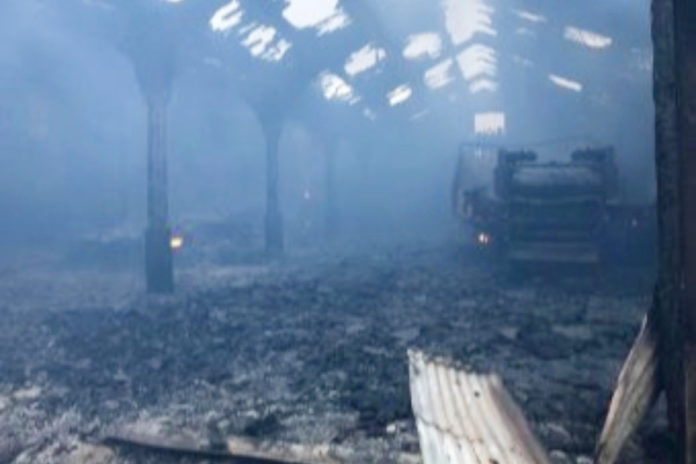 Two sheds of machinery and hay destroyed in arson attack

A substantial fire, which occurred on a farm in the UK last week, took 12 hours to extinguish.

Two sheds, containing hay, pallets and machinery, ignited at 11 pm on Sunday, March 29th. No one was injured in the incident which occurred at a farm in Hart Village, Hartlepool.

Cleveland Fire Brigade is treating this as an arson attack and is calling for public support to tackle deliberate fires.

A spokesperson for Cleveland Fire Brigade said eight appliances were dispatched, along with command and control and supporting appliances and officers.

Steve Johnson, area manager prevention said: “It is so disappointing to see that at a time when we all need to be coming together to support one another we still have people committing crimes and ruining our local communities.”

“We need the public’s support, now more than ever. Our resources need to be available to respond to any fires in the home and support with humanitarian aid for vulnerable people in our communities.”

“We are pleading with the public to support us to remove ARSON from our neighbourhoods. This is an ideal opportunity for communities to get behind us on the zero tolerance to arsonists. We all need to work together to tackle arson – it is everyone’s problem,” he concluded.