Gareth Peoples, from Newtowncunningham, “fell on his feet” when an opening for ploughing, reseeding, and bale stacking transpired in his locality.

The Donegal agricultural contractor farms a calf-to-beef enterprise with his father, Derek. The father and son team rear 100 Friesian calves, slaughtering these at 24-months.

The farm spans 220-acres in size, split between grassland, crops, and 10-acres of forestry.

“Several of my friends are agricultural contractors, and their fathers were always contractors. So, I always spent summers with them drawing silage.”

“We always had a good selection of tractors and machinery. I started with the machinery I had, e.g. power harrows, ploughs, sowers, and sprayers. I kept them in good nick.”

“I did three seasons of work with him before I got too busy myself. I hired a tractor into his company for two seasons, doing preparation work for planting spuds and the season before I worked there.” 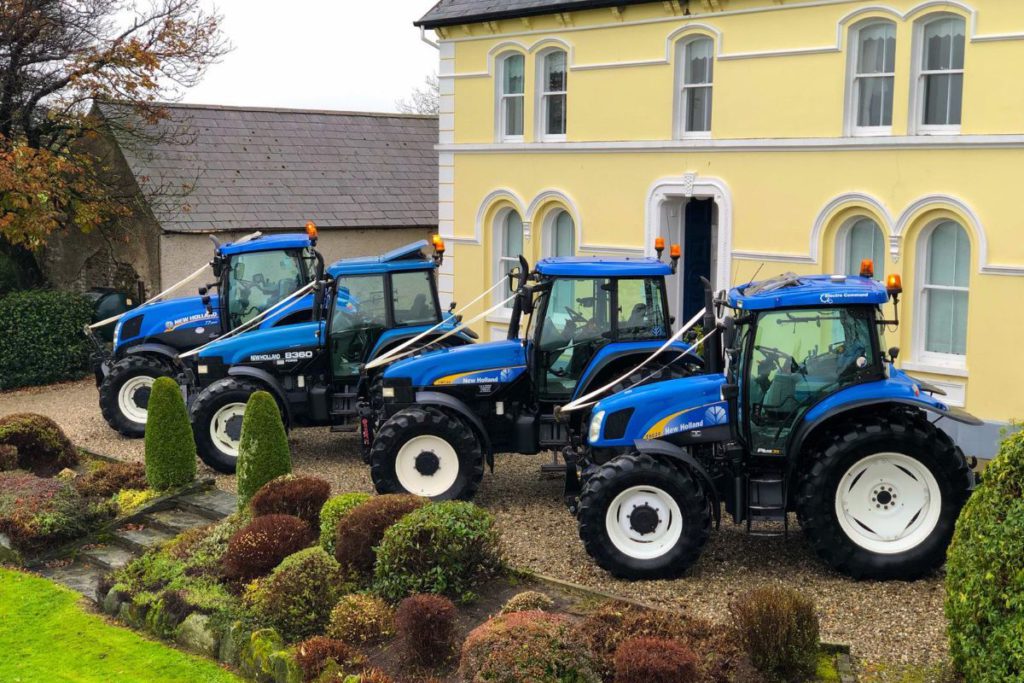 In 2012, Gareth formed Tullyannon Agri with a tractor fleet comprising a Ford 7740 and New Holland T8360.

“My tractors were eligible to do more work than we were doing with them on the farm. I started the business from there and took on a few new customers every year since.”

“We did not have any machinery out on finance at the start. I suppose then we changed to a better one-pass system, combines, new tractors, and we had to come up with finance.”

“I had a big helping hand with our tractors being there at the beginning. We moved up to a New Holland TM140 and a brand-new New Holland T6180 tractor this year.”

“We fix most of our tractors, but any major breakdowns go to Cowan Bros, the New Holland dealership nearby. Two tractors have done 1,200hrs this year. There are over 1,500hrs annually on some of our tractors.” 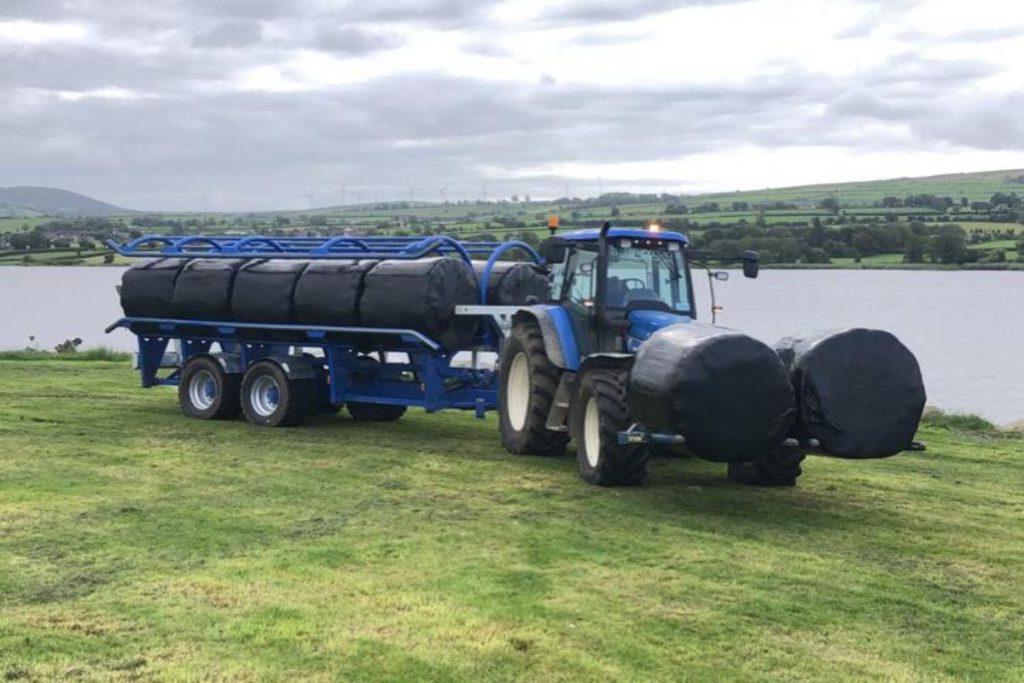 The company invested in GPS technology to carry out its fertiliser and spraying services.

“We do much grassland spraying for dockings and reseeding, and you cannot have a miss. If you have a miss, you are in bother. So, you want to be accurate.”

The business employs one full-time worker and serves fifty clients within a 20-mile-radius of Newtowncunningham.

“People are reseeding as they are looking to get more quality out of their grass and an in cattle’s live weight gain. So, getting better output out of your farm seems to be the way forward.”

“A big issue around my area is that many farmers are getting older. They do not want to buy machinery and do not have help to do the job, so it is handier for them to get us in.”

“I do not complete any pit silage or round bales, but we draw and stack 8,000 round bales yearly with our bale chaser. We help out five other agricultural contractors who complete baling.” 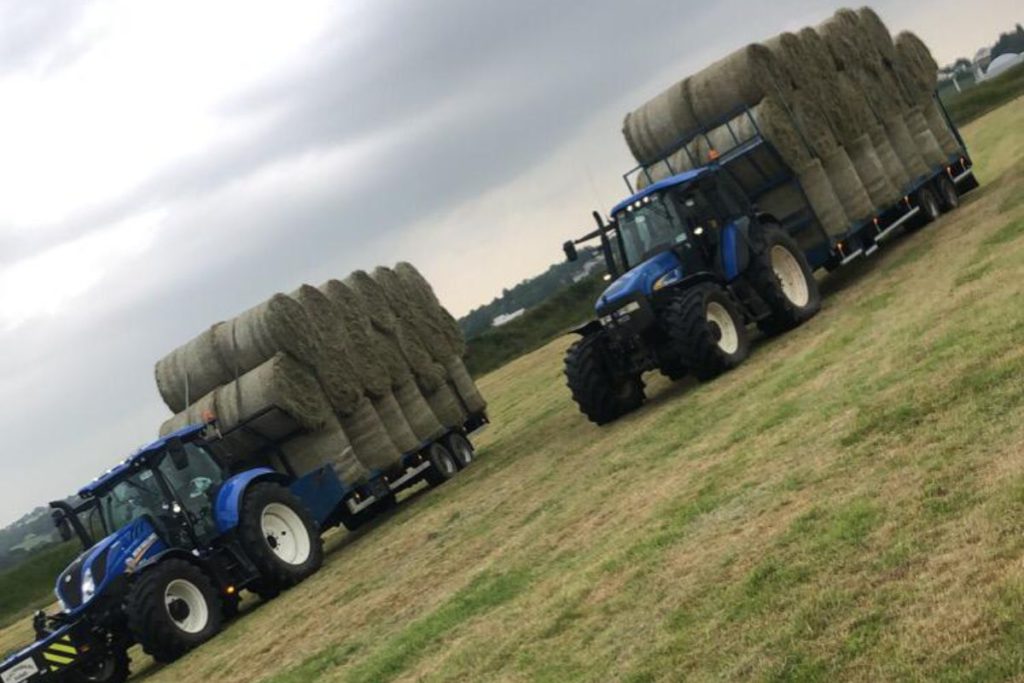 According to Gareth, seeking “skilled drivers that can do a good job and keeping the company’s name intact” are a significant challenge.

“Machinery is getting dearer and harder to upgrade, and you have to try to get it right.”

“The price of everything is always rising. At the start of the year, fuel prices were nice, but they are way back up where they were.”

“Weather is another one of our biggest challenges. The window for work is getting smaller yearly. When you get a window to work in up here in Donegal, you take it.”

“I have many top-notch customers. Some customers you might have to carry until mid-October when their Basic Payment Scheme comes in.” 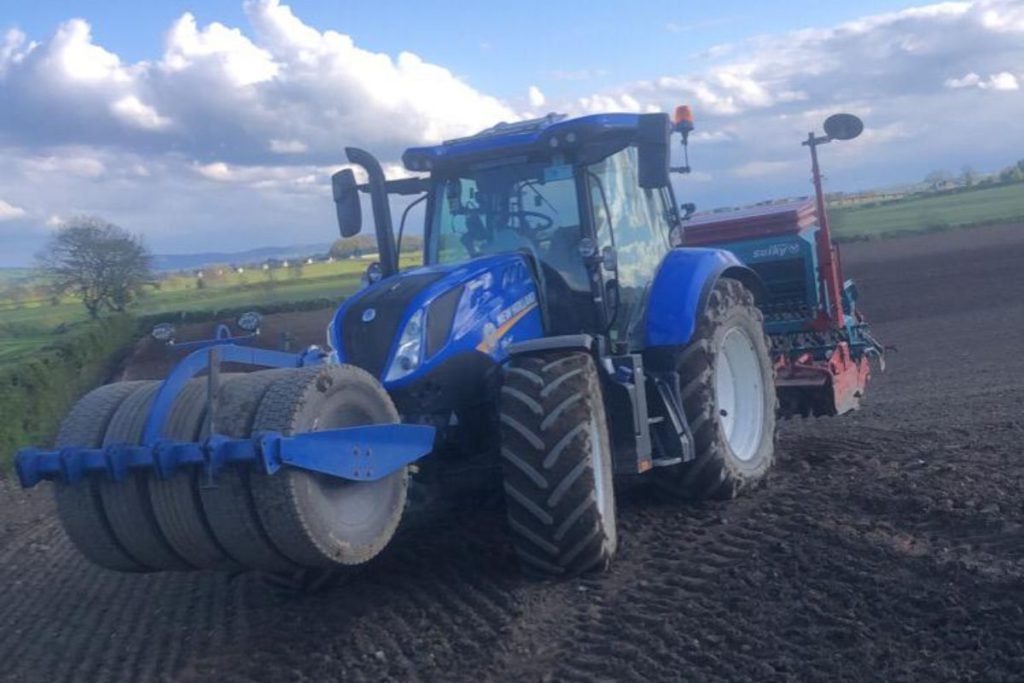 Gareth explained earlier that he finds it a challenge to hire workers. He outlined below what qualities he seeks in an employee.

“I like honesty and self-belief in a person. If someone cannot do a job or has not done a job before, I rather they tell me; I can explain to them.”

“Whereas if someone says I can do this job and that job and when you send them to do it, they cannot; that is the worst part.”

“Fun is hard to bring to a team too. Someone who is up for the craic and up for the work.”

“The key elements of the business would be if you tell a farmer you are going to be there at a certain time, or if you cannot do a job for a farmer, tell them you cannot do it; your word goes in front of you.” 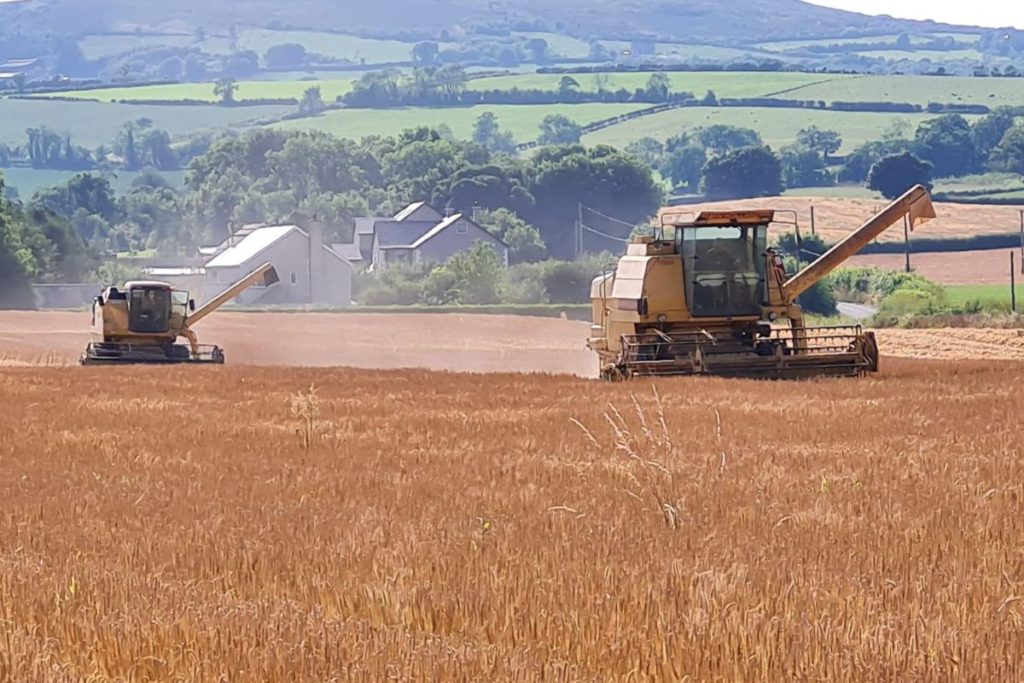 Looking ahead, Gareth hopes to welcome his son, Thomas, into the business, purchase a hedge-cutter/sprayer next season, update to a New Holland T8140 tractor and work with a neighbouring contractor.

“I would like to see more young blood in the agricultural contracting business. There are a lot of older people at it, and they are slowing up.”

“Agricultural contracting is stable enough, and as long as the farmer is making a few pounds, I will be ok.”

“But, if it comes to it that the farmer is not making money, we start to worry. We are the first not to get the money back,” the agricultural contractor concluded.

- Advertisement -
Previous articleSheep trade: Lambs up 5p/kg but back 10p/kg next week
Next articleStaff member (50s) injured by animal at cattle mart