That's FarmingThat\'s Farming Irelands Largest Farming News, Properties and Classifieds Network
HomeFarming News‘We will all be out in battery-operated tractors in a few years’ 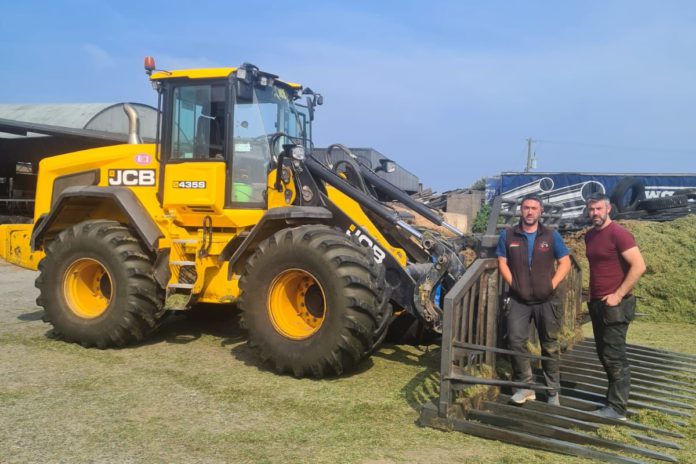 As part of this week’s Agricultural Contractor of the Week segment, That’s Farming, speaks to Stephen Healy from Tullyallen Agri Services. He discusses how the business has combined a love of agricultural contracting and mechanical engineering.

Stephen and Gordon Healy combined their love for agriculture and mechanics in 2010, by forming an agricultural contracting and repairs company, Tullyallen Agri Services.

The County Louth-based brother’s business name resulted from guidance from their late father, Gerard Healy, an agricultural contractor and co-founder of the Tullyallen Tractor Run.

“It [agricultural contracting] is in the blood from day one. Every day we would come home from school, we would nearly have to go into the yard to see what was going on and see what the people were away at,” Stephen Healy told That’s Farming.

“There was a farmer down beside us. I used to remember coming home from school in the month of May and I would be looking over to see did they start cutting the field to get it started.”

“That would be the start of silage because they would normally be one of the first people to get going at grass. So, you would always be watching for that field to be mowed.” 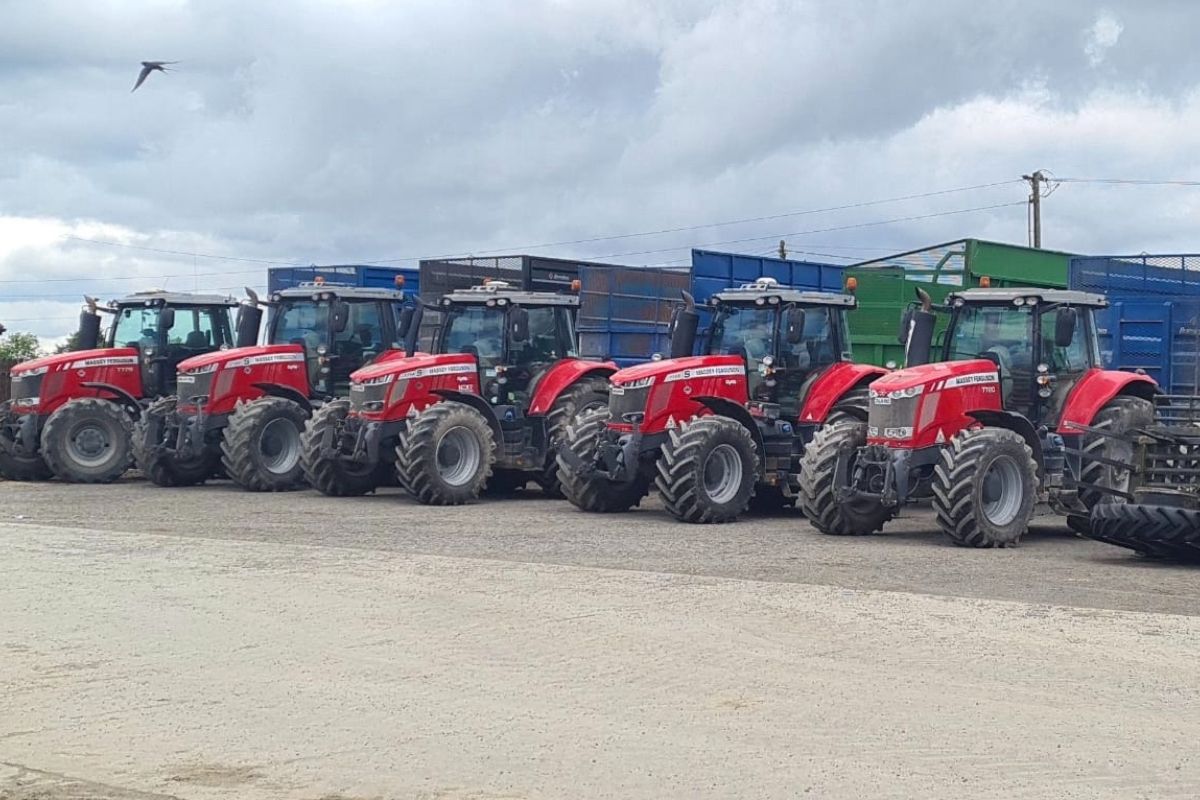 Massey Ferguson is a brand very much to the fore, with their first new tractor, a Massey Ferguson 7618. Before this point, the company possessed second-hand tractors.

“Martin’s Garage would be doing all the maintenance work on them. So, any maintenance of machinery and implements, we do all that work ourselves in the garage.”

“Since 2019, my brother and I have been buying machinery through the same finance companies our father would have been dealing with over the years.” 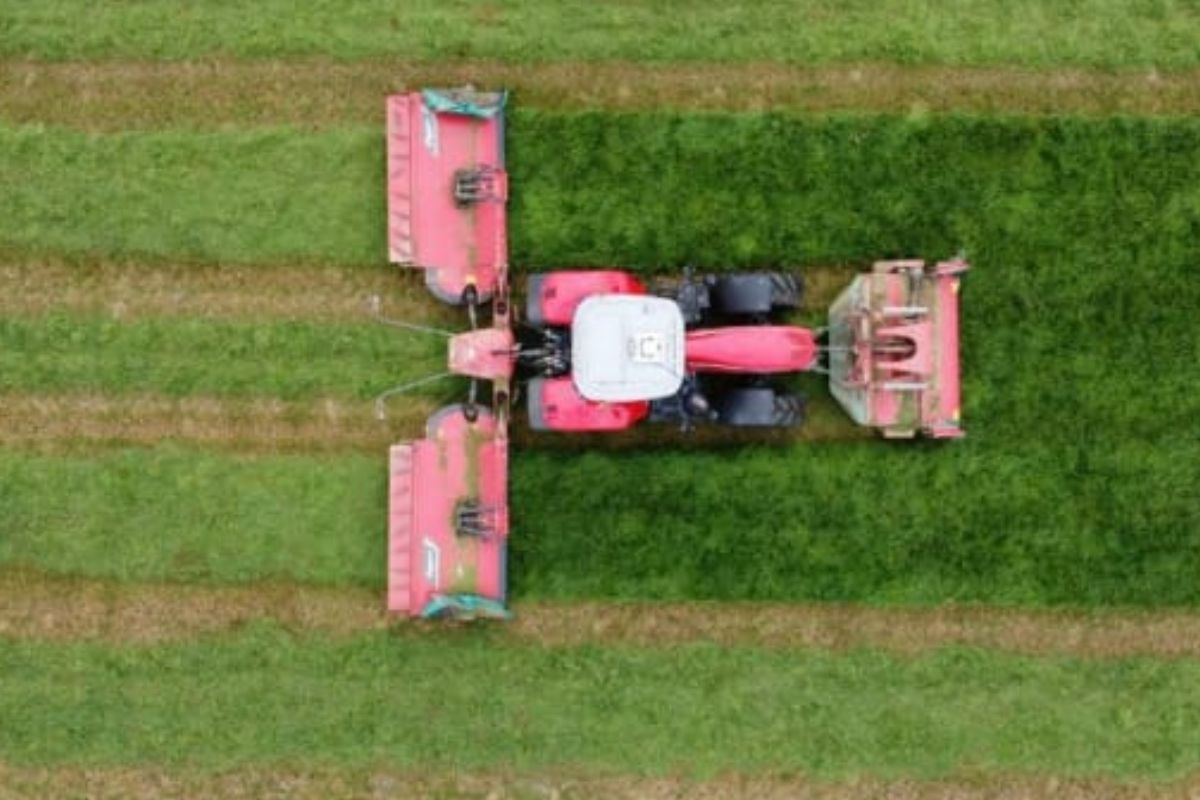 “In the last year or two, we would be up at 5,000-acres of grass and about 300-acres of maize on top of that. The grass would be the biggest service.”

“We work within about a 20-mile radius. There would be a lot of dairy farmers who would be gone up in cow numbers too. There is a lot of grass to be brought in and slurry to go out then.”

“It is good that you do not have to be driving hours away to get to the job. Everything is fairly local.” 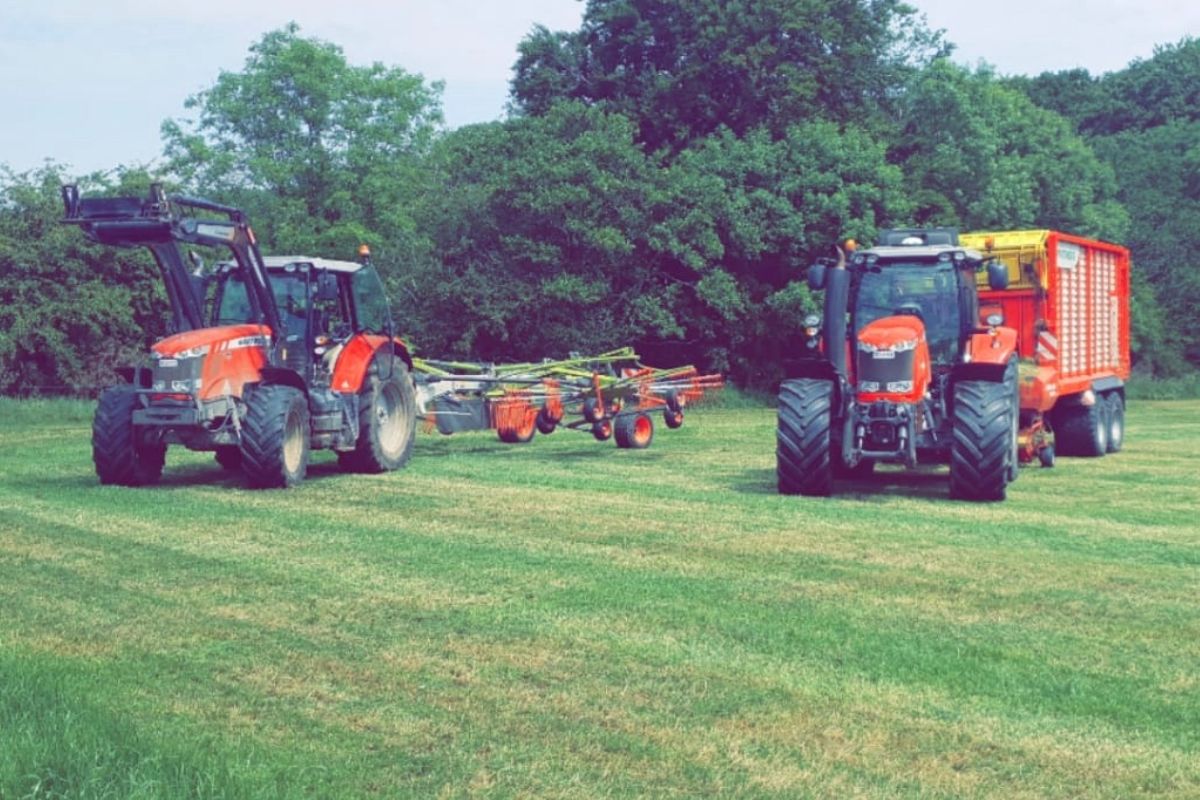 “I do not know where it is all going to stop. The price of machinery is gone through the roof.” 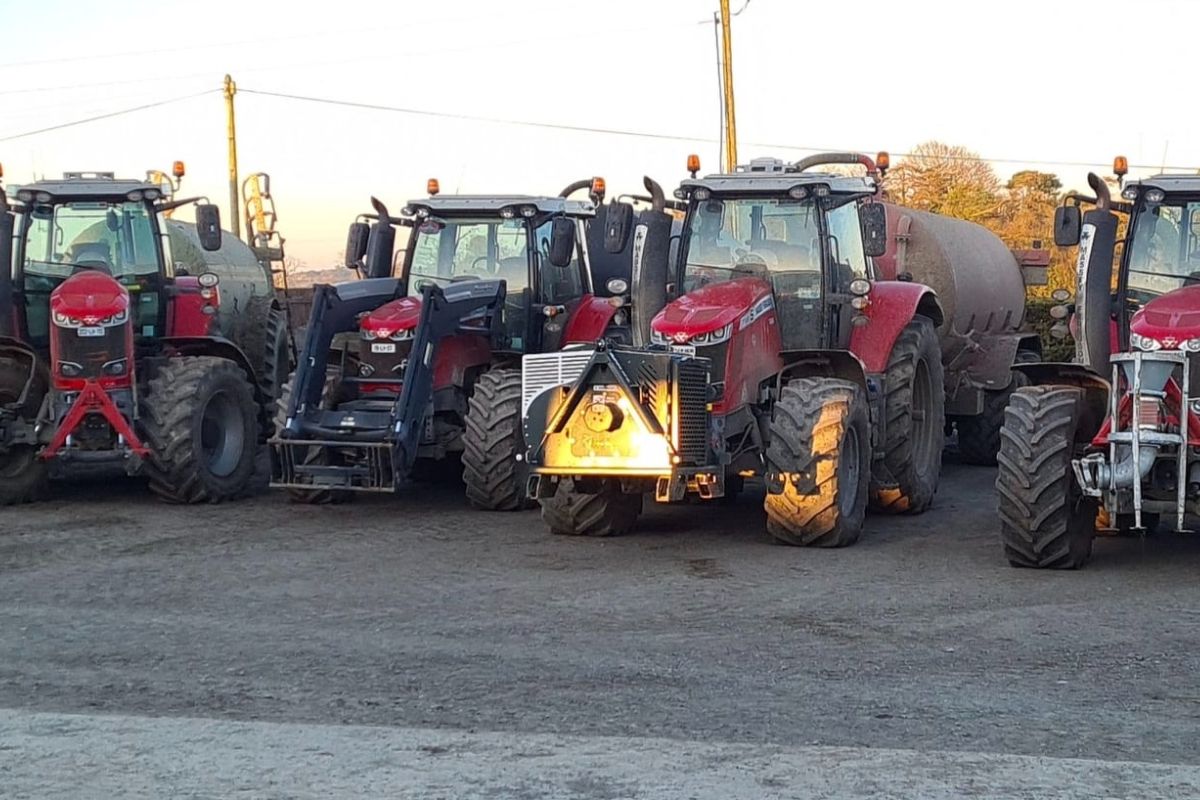 Since establishing their business, the brothers currently have four tractors with the technology, with only three installed.

“It is nearly hard to do a job without using the autosteer when you get used to it. You can make the most out of your machine with the wide width you are taking with you, whether it is mowing, raking, scattering, or even spreading slurry.”

“A few years ago, you would not have heard tell of using autosteer for spreading slurry or raking. Now, you would not go into a field without making sure you had it in the roof. It can get everything down to the inch.” 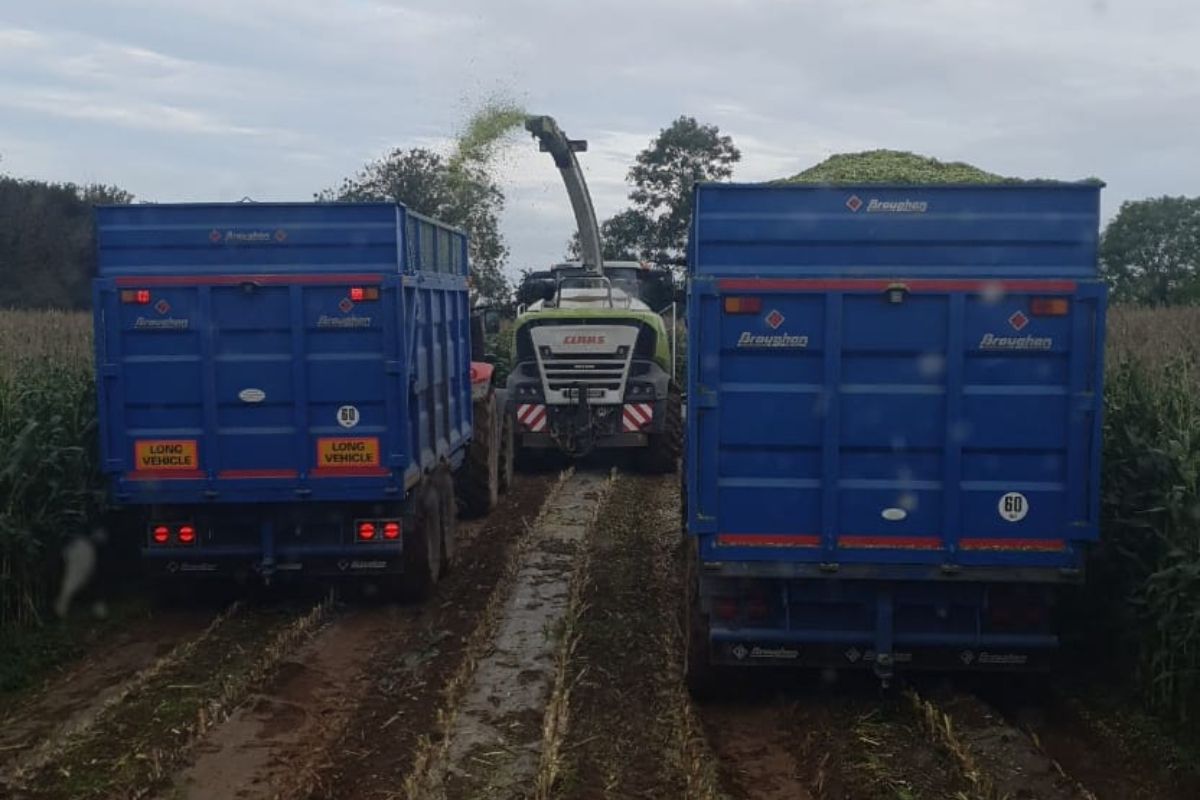 Looking to the future, Stephen will watch the viewpoint of his children to see if an interest occurs to continue the business.

Stephen feels a key factor to the business is having one operator per tractor and keeping machines right.

The brothers jointly plan to purchase two additional new tractors and trial a new SaMASZ mower on a trial basis.

“We will tip away at it the way it is going at the minute and see if things do not get any worst price-wise of machines and health stays on our side. I do not see it getting much bigger because you have to have the family time too.”

“I will see what the Green Party says and what they allow.”

“It is hard to know what way it will all go. The show has to go on at the same time. You need all the grass in the country to feed all the cows to produce the milk and food.”

“I still see the contracting going well for everybody. It is just that the price of everything has to come to some sort of a stop. It just cannot keep rising and rising,” the owner of Tullyallen Agri Services concluded.

- Advertisement -
Previous article
Passing assets on to non-farming children while keeping the farm intact
Next article
‘When I was 13, I got my first job in a mart canteen’