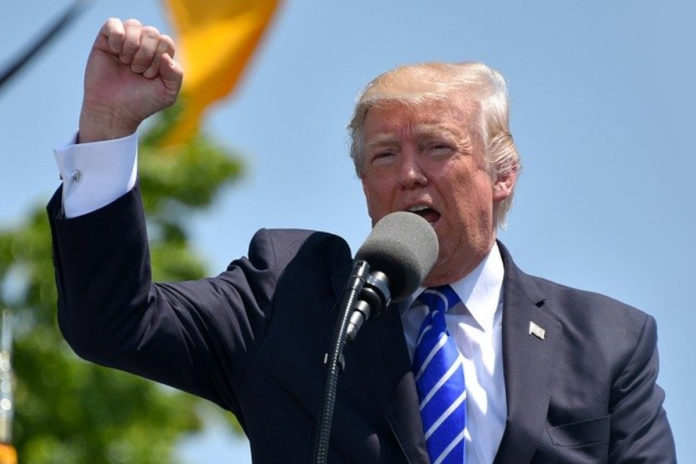 President Donald Trump has called for the termination of agricultural imports to the United States of America.

Speaking during an announcement of the implementation of further funding and supports to the agricultural industry, President Trump said that the country is already self-sufficient and that American farmers should be prioritised.

“I read yesterday where we take some cattle in from other countries because we have trade deals. I think you should look at terminating those deals. All right?”

“We have trade deals where we actually take in cattle, and we have a lot of cattle in this country and I think you should look at the possibility of terminating those trade deals,” he said, appearing to be directing these suggestions to Sonny Perdue, the Agricultural Secretary.

“Now, if a country has been a great country and a great ally and a great friend, it’s — you know, you have to do that, but there are some countries that are sending us cattle, for many years, and I think we should look at terminating.”

Trump has taken a lot of credit for supporting the agriculture and food industry in the States, saying that no other president has ever done as much as he has for the sector.

“I’ll tell you, you can go back to Abraham Lincoln and there’s no President that’s treated the farmers like Trump.”

- Advertisement -
Previous articleVIDEO: What to consider when subdividing a field
Next articleHow do I manage my grass during a drought?