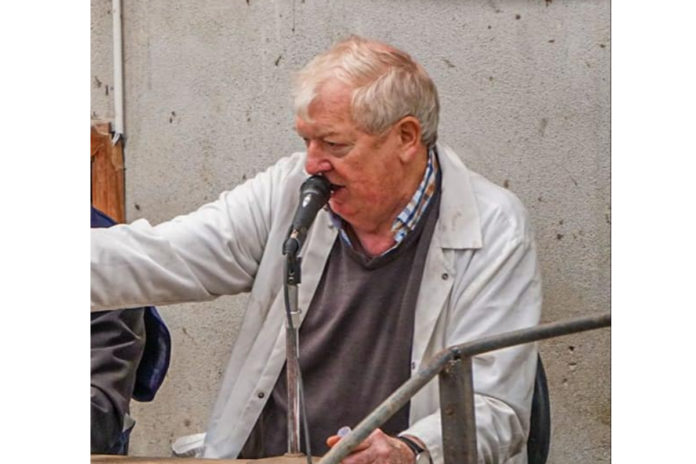 It is understood that the renowned livestock auctioneer sustained fatal injuries whilst inflating a tyre.

In a post on social media on Monday (June 8th), a spokesperson for the mart, said: “Words cannot describe the shock that has ripped through the locality since the news broke about a true gentleman that is Pat Dermody.

“Pat was one in a million, a man that was talented in his career and most certainly gifted with his way with words.”

“Pat lived for a good time and brought laughter to everyone he met daily. He will truly be missed by everyone that knows him.”

“There’s only one way to describe him, as he described many heifers. ‘She’s got all the stars’.”

“You definitely had all the stars with your way of life Pat. We’ll miss you truly. ‘Ride on!’.” the social media post concluded.