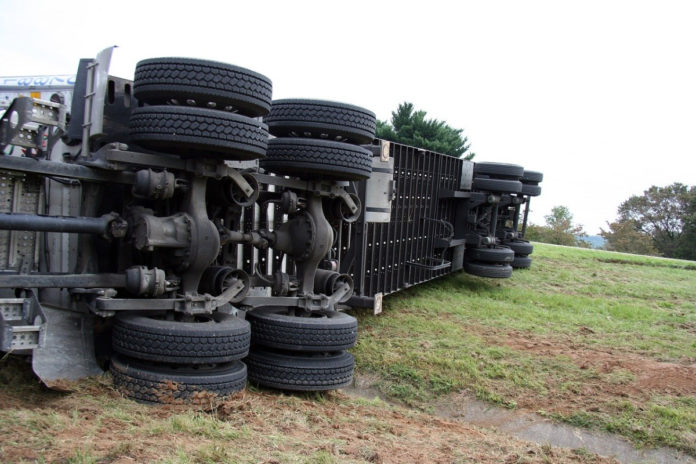 Trailer of up to 50 cattle overturns on motorway

The M1 Dublin-Belfast motorway was closed for some time this morning following an incident involving livestock transport.

The incident happened at around 3.30 am between junction 5 and 6 on the M1 northbound near Balbriggan.

A number of cattle had to be put down after a trailer transporting them turned over on the motorway.

It is reported that there were up to 50 young cattle in the trailer when it turned over and a veterinary practitioner was called to the scene to euthanise a number of the injured animals.

The driver, a man in his late teens, was uninjured in the single-vehicle incident.

The Gardaí, Dublin Fire Brigade and a veterinary practitioner attended the scene and the road was reopened a number of hours later.

Investigations into the incident are ongoing.

- Advertisement -
Previous articleA day in the life of: a Devenish Technical Graduate
Next articleWeather: Time to catch up on indoor jobs?