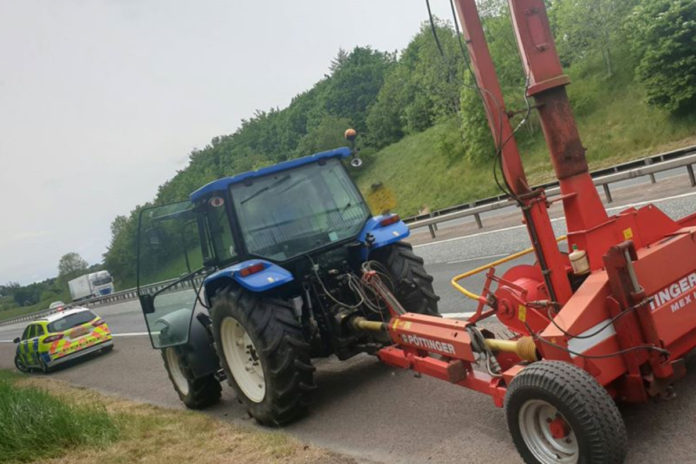 Tractor stopped while travelling on motorway

The vehicle was heading westbound and was stopped near Dungannon.

The tractor was towing a silage harvester on the rear of the vehicle when it was discovered by the police unit.

A spokesperson for the Police Mid Ulster Facebook page stated that it was illegal for agricultural vehicles to travel on the motorway.

They reported that the driver was spoken to and the matter was dealt with by way of a fixed penalty ticket.

The driver received 3 penalty points and a £65 fine.