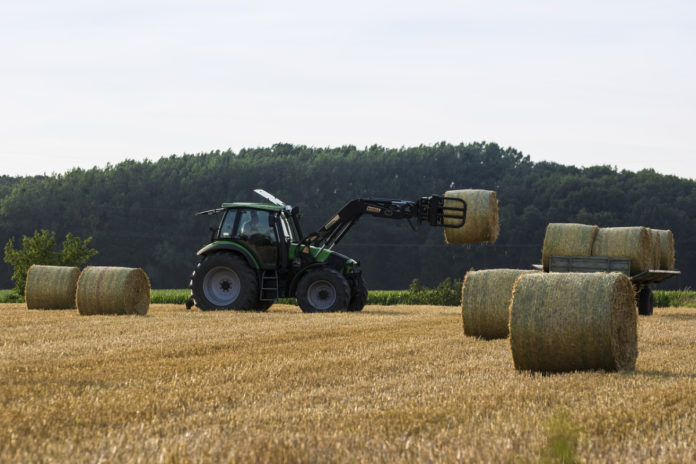 Tractor registrations continue to fall in May

According to recent figures from the Farm Tractor & Machinery Trade Association (FTMTA), tractor registrations continued to fall in the month of May.

It is clear to see from the recent data that the coronavirus pandemic has had a big impact on registrations of agricultural machinery.

However, it shows a slight improvement from the 43% decrease experienced in April.

Although the farm machinery sector was operational for the duration of restrictions, the FTMTA stated that reductions in manufacturing capacity due to factory shutdowns on the continent and other impacts on the supply chain are reflected within the lower levels of registrations of new machines.

Cork remains the county with the highest level of new tractor registrations, with 164 units registered in the month of May.

Tipperary and Wexford swapped second and third positions in May with Tipperary ahead by one unit with 76 registrations to Wexford’s 75 registrations.

Only two counties remain at single figure levels of registrations at the end of May, with Leitrim and Monaghan each seeing 9 units registered so far this year.

Registrations of tractors with over 100 horsepower fell back slightly to just under 91% in the first 5 months of 2020.

Exactly 60% of all tractors registered in this period have in excess of 120hp, as was also the case at the end of April. Nearly 32% of all registrations are of tractors with more than 150hp.

The trade for used imports has been heavily affected by restrictions imposed, according to the Association. They explained that these registrations are carried out through NCTS centres, which closed during this period.

Only 26 used tractors were registered in March and April, and the FTMTA speculate that these are likely to be units that were inspected prior to the restrictions.

A total of 816 used imports have been registered to the end of May, which is a considerable drop of the 1,443 used machines registered in the same period of 2019.

The Association reported that teleporter registrations continue to be impacted, with a mere 12 units registered in May, which is a 70% drop from the same stage of last year.

Wheeled loader registrations dropped by 12 units in May, with 10 units registered. Despite this drop, the total number for 2020 has only dropped by 2, when compared to 2019, at 67 units.

A further 9 new self-propelled forage harvesters were registered during May, bringing the total for such machines so far in 2020 to 31 units. The FTMTA say that while there may be a small number of additional units yet to be registered, it is likely that the vast majority of such machines are now registered.