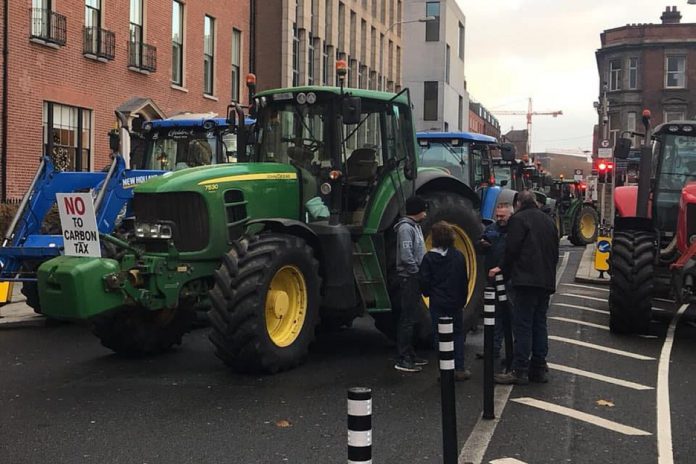 - Advertisement -
An Garda Síochána has issued a statement to notify the general public about “a large scale protest” by members of the farming sector which is expected to take place in Dublin City tomorrow.
In a statement, Garda said that around 400 tractors are expected to converge on the city centre from all around Ireland from early afternoon.
This, they outlined, will impact on traffic from 10am when road closures will come into effect on:
In addition, the following arrangements will apply:
“Traffic delays are expected on the main arterial routes into Dublin City Centre (N2, N3, N4, N7 N81) from 12 noon when tractors start arriving.”
“Bus corridors will not be impacted and Gardaí are advising commuters to avail of public transport where possible.”
“Gardaí are continuing to liaise closely with those organising the protest and traffic updates will be provided on the @gardatraffic Twitter account.” the statement concluded.
- Advertisement -
Previous article‘The creators of Beef Plan have no interest in mob rule’
Next articleNew farming fundraiser to help build hospice