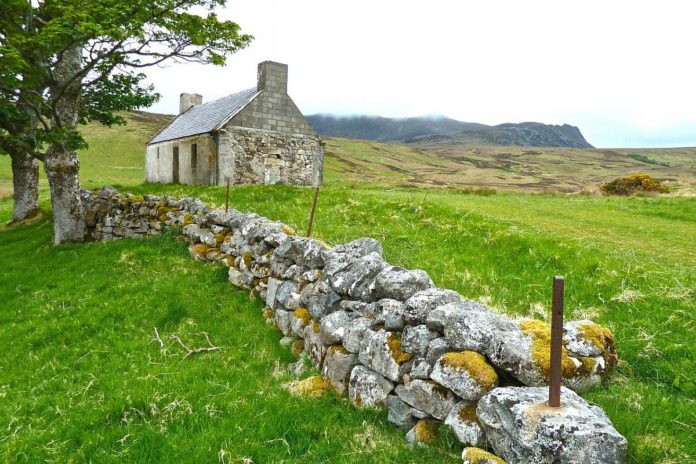 ‘Too many’ derelict homes locked out of €50k refurbishment grant

Too many derelict homes in rural villages are locked out of the government’s new home ownership-focused Croí Cónaithe (Towns) Fund.

That is according to Sinn Féin spokesperson on Rural Development, Claire Kerrane TD, who flagged the matter with Minister Humphreys in the Dáil last week.

The new scheme provides grants of up to a maximum of €30,000 for refurbishing vacant properties for occupation as a principal private residence.

However, where the refurbishment costs are expected to exceed the standard grant of up to €30,000, a further maximum top-up grant amount of up to €20,000 will be available where the property is confirmed by the applicant to be derelict (i.e., structurally unsound, and dangerous).

In total, the government has created the €50 million fund to “support” people to live in towns and villages in Ireland. The measure aims to deliver the “sustainable” reuse of vacant properties as new homes.

Deputy Kerrane highlighted that the existing rule for the fund is that eligible homes must be in towns or villages with a population of over 400 “locks,” many living or seeking to live in rural areas out of the scheme.

She stated that while she understands the fund is new and the 400 population rule has been set initially, the reality is that many people living in rural areas are just outside of town boundaries or based in villages of less than 400 people.

This means they cannot currently avail of the Croí Conáithe scheme through their local authority.

The deputy said: “This makes no sense considering we are in the midst of a housing crisis.”

“Many people, who want to renovate existing homes, cannot access the scheme simply because of this rule.”

She believes the scheme should not be limited, especially where derelict homes are in serviced areas which could “easily” be included.

“I welcome the minister’s agreement that this scheme could be made available more widely to those who wish to renovate vacant and derelict homes in rural areas.

“I strongly encourage that this flexibility is utilised to ensure as many homeowners as possible can avail of this important scheme.

“In addition, I will take up her suggestion that vacant homes officers in local authorities write to the department seeking that flexibility. I will reiterate this message in my constituency.”

The deputy said that restoring derelict properties in rural towns and villages is a “win-win”.

She believes that the government should be “far more ambitious” given the “real” difference this fund has the potential to make.