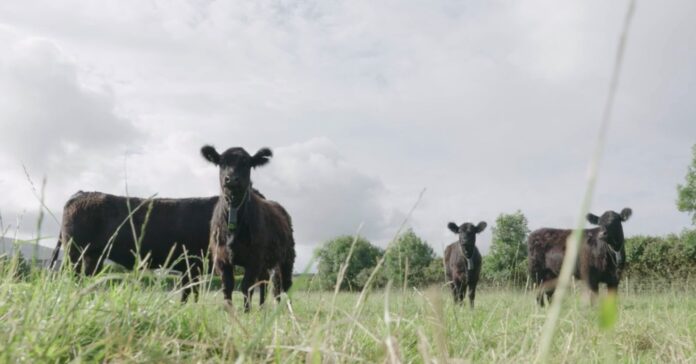 Cattle have been reintroduced to Tory Island for the first time in 25 years.

As part of the Corncrake LIFE Project, five Galloway heifers have made the 9-mile trip from the mainland across to the island to their new home soil.

In July, Ella McSweeney, one of three presenters, made that journey with them from Seanie Boyle’s farm in Donegal, where they were raised, onto the ferry and across the sea to Tory, where they were warmly welcomed by locals.

Seanie brought the cattle to the ferry 15km from his farm and made the journey with his heifers to what one of the most remote inhabited islands of Ireland, with a population of circa 120 people.

McSweeney told viewers that farmers on Tory Island “stopped keeping cattle because they were harder to manage than sheep, but these cattle will be used for a very special purpose”.

“They [the heifers] are part of a publicly funded project which is trying to improve the habitat for one of Ireland’s most critically endangered bird species, the corncrake.”

“It is hoped that the hardy Galloway breed will create the ideal habitats for corncrakes to nest and rear chicks. The corncrake is part of Ireland’s heritage, celebrated in poems and stores for over 1,000 years,” she added.

Tory Island is a critically important summer breeding ground for their ever-dwindling population, before the birds migrate to southern Africa for the winter months.

Dr John Carey manages the project, and he said corncrakes do not favour unmanaged or poorly grown grassland.

He explained that the Galloways will manage the grassland “softly, overtime,” and “breathe new life into fields”.

He outlined farmers are helping to preserve the species, and there is a legal obligation on Ireland to protect it, “so essentially, they are providing biodiversity services”.

“They are sequestering carbon by having species-rich grassland, which sequesters more carbon.”

“The other thing they are providing for is the island itself, societally in terms of its sustainability, that bringing these cattle back in here today that we have arrived to a festival.”

“Hopefully, this time next year when the cattle have done their job, there will be a lot more of that sound on the island.”

Seanie said: “It could be classed as a bit of madness, but there are a lot of these projects around the country, and as regards this one and what they want to achieve, I suppose the cattle are a part of that.”

A Kilkenny farm sale driven by debt featured in a previous episode of the series.