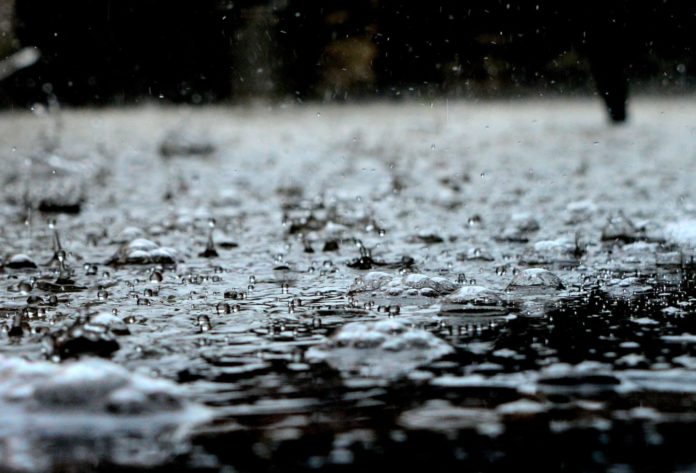 Met Éireann has issued a status yellow rain and thunderstorm warning for Ireland.

The national forecaster has warned of “scattered heavy downpours and thunderstorms” in some areas today, tonight, and for a period tomorrow.

“Localised flooding may occur where rainfall is heaviest,” it outlined.

According to the national forecaster, it will be warm and humid today, with scattered heavy showers and localised thunderstorms, bringing a risk of lightning and spot flooding.

There will be a long, dry period between shows with sunny spells at times. Temperatures will reach between 20 to 24 degrees, with mist and fog impacting hills and coastal parts at times.

The national forecaster has warned of heavy downpours overnight with a continued risk of localised thunderstorms and spot flooding.

Mist and fog will form in some areas, with temperatures ranging from 14 to 17 degrees.

According to Met Éireann, there will be “fairly” widespread showers on Thursday, which will merge to give longer spells of rain at times.

Again, further heavy downpours are expected with isolated thunderstorms to bring a risk of spot flooding. However, despite this, there will be a dry period between showers with hazy sunshine in parts.

Temperatures will climb between 18 to 22 degrees in mostly light breezes.

Again, scattered showers will continue into night-time hours, with mist and fog to form. It will be mild and humid, with temperatures reaching between 13 to 16 degrees.

Winds will be light and variable but moderate to fresh northwesterly, along Atlantic coasts.

According to Met Éireann, Friday will see sunny spells and scattered showers – some heavy across eastern counties later in the day.

Temperatures will reach between 16 to 22 degrees in light north-west winds. Showers will become fewer overnight with some clear spells to develop.

However, Friday night will see night-time lows of 9 to 14 degrees in light to moderate west to north-west breezes.