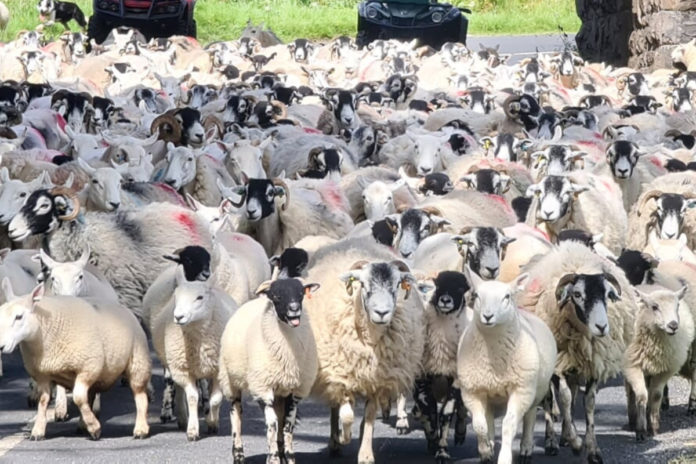 “Extremely tight” lamb supplies are “swinging control back in farmers’ favour” with plants moving this week’s prices up a notch.

That is according to Sean Dennehy, IFA sheep chairman, who reported that factories are “struggling” to secure lambs.

He stated that factories are “very active” in mart sales in attempts to secure supplies.

Dennehy said plants are “freely paying” €6.30/kg to 21.5kgs, with some offering higher deals on price and weights to close out deals.

Furthermore, he highlighted that cull ewes are making €3.30/kg, with “higher deals” available.

“Farmers should sell hard in very strong market conditions to maintain control of the trade,” he advised.

He said farmers should only sell lambs to factories as they become fit.

“The very strong store trade is ensuring alternatives for lighter and under finished lambs. It is keeping the supply-demand balance in favour of farmers.”

Dennehy said based on all projections, there will not be an oversupply of lamb for the year and orderly marketing is critical to maximise returns.

One farm group is demanding answers from meat factories as to why they “routinely process lambs from the north ahead of local supplies”.

ICSA sheep chair, Sean McNamara, has said that this practice is causing “serious frustration” amongst local farmers, given the “huge numbers” of live lambs imported weekly.

He said: “Sheep farmers are very angry that imported lambs can jump the queue at factories.”

“The knock-on effect is that local suppliers are having to endure lengthy waits for their lambs to be dealt with, despite arriving at the facility first. The lack of respect shown to local suppliers is hard to stomach,” he said.

“Over the course of a twelve-hour wait, lambs are routinely losing around a kilo in weight. This is one less kilo that the farmer is going to get paid for.”

“It’s galling to see lambs losing thrive as they are made to wait while their imported counterparts are seen to first.”

- Advertisement -
Previous article
Weanling bulls to €2,520 at Ballinasloe Mart
Next article
Humphreys to introduce bill to clarify rights of way