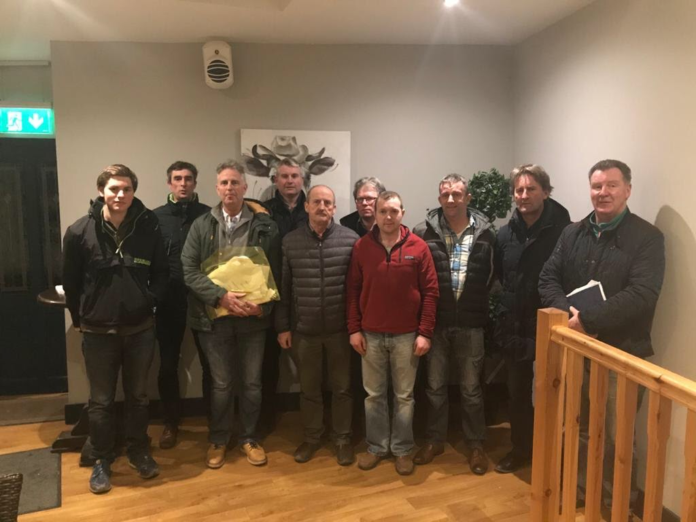 ‘This meeting has only served to further damage Beef Plan’

Beef Plan’s ‘newly elected national committee’ has released a statement, reacting to a meeting which was held in Portlaoise on Sunday, January 26th.

Eamon Corley and Hugh Doyle were removed from their positions in a vote of no confidence at the EGM held by the ‘stood down national committee’.

A vote was also passed to temporarily suspend an investigation into a WhatsApp group called Silage Testers.

Ahead of the meeting, a statement was issued by Corley, on behalf of the organisation’s “committee of newly elected chairs”. It stated that the meeting in question was not an “official Beef Plan gathering”.

The organisers of the EGM said: “Beef Plan members want answers, accountability and transparency in relation to current issues in the Beef Plan Movement.”

The statement from the ‘newly elected national committee’, which was released on Monday, January 27th, outlined that approximately 1% of its total members, “many of who have been seen trying to disrupt AGMs throughout the country” were in attendance.

“The newly elected national committee, elected under the signed-off rules and governance, are reviewing their position and will act with the best interests of Beef Plan members in mind.”

“This type of sabotage of the organisation can no longer be tolerated by a small minority of people who have absolutely no mandate to organise any meeting let alone a national meeting.” the statement added.

The statement outlined that it was not a valid meeting of Beef Plan and the “business discussed is not binding on the organisation as no member received any notification thereof”.

“It appears the sole purpose of the meeting and handful of individuals that organized it was purely character assassination of the people within the organisation that wish to follow the rules and get on with the proper democratic election process and get on with representation of farmer members.”

The organisation, the statement added, will have to look at the organisers of the meeting and their future role in the association.

The statement outlined that the former temporary national committee had a “significant influence” on the final draft of the rules and Government which was signed on December 6th, 2019.

“This change will result in significant loss of control and influence of the organisation by the former temporary national committee members.”

“These members have frustrated the process of counties holding their AGMs and have acted neglectfully both in their failure to advise county committees to advertise their AGMs on time and in their articulation of completely unfounded financial accusations against Hugh Doyle.”

“This had a significant input into the decision to stand-down the former temporary national committee.”

“As of the 15th January 2020, only those counties who adhered to the rules and governance document and advertised and held their AGMs have official recognised Beef Plan county committees and are entitled to have a representative on the new national committee which is as of Friday, January 17th, the new governing structure of Beef Plan.

“Those counties who didn’t hold their AGMs before or on January 15th, 2020 now have no county committees or representative at national level.”

“We feel that it needs to be highlighted to members, that when the rules and governance were signed by all four directors on December 6th, 2019, this document then became the official document of Beef Plan and only committees elected, under the rules of this document, are entitled to due process outlined in this document.”

“This effectively meant existing county committees and the former temporary national committee had no legal standing as they were not elected under these rules and should not refer to this document as a reference document to defend their position.”

The former temporary national committee has no authority to organise this event or any other event and as of January 15th, 2020 they are only ordinary members.

“This meeting has only served to further damage Beef Plan. All concerns regarding any financial matters or accounts will be addressed at the AGM as is standard practice. A full set of independently audited accounts will be presented at the upcoming AGM.”

“As of January 24th, notice has gone out to the remaining counties who have not yet held their AGMs. These remaining AGMs will be held on February 14th and 15th.”

“This will be the last opportunity for these counties will have to hold their AGMs and elect their county committees and elect a representative to be part of the national committee. Any member of any county that has not yet held their AGM can assist in organising the event.

“Now that official rules of governance have been put in place, Beef Plan must move forward and get back to representing farmers’ interests.”

2020, the statement concluded, will be a definitive year for agriculture in Ireland with a new Government, CAP negotiations, Brexit and the continuation of the Beef Task Force.”