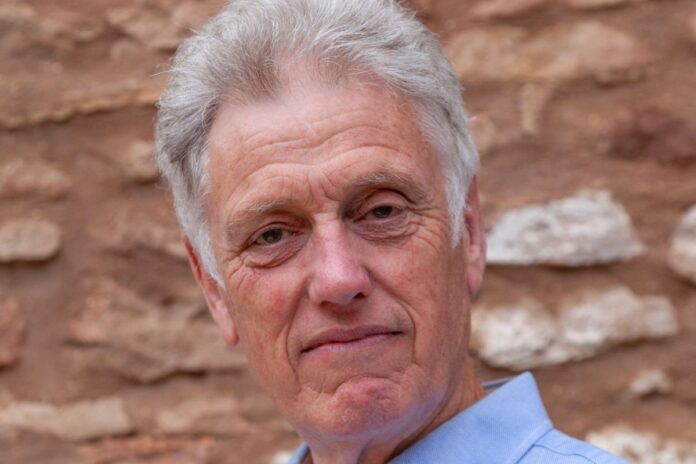 Adam Alexander may be a consummate storyteller and an award-winning film and television producer with forty years’ experience, but his true passion is collecting rare and endangered vegetables from around the world.

He tells his story in a new hot-off-the-press 330-page publication entitled: The Seed Detective Uncovering the Secret Histories of Remarkable Vegetables, which Chelsea Green Publishing UK will release on September 29th, 2022.

In The Seed Detective, Adam shares his tales of seed hunting and the stories behind many of our “everyday vegetable heroes”.

We learn that the common garden pea was domesticated from three wild species over 8,500 years ago; that Egyptian priests considered it a crime to even look at a fava bean, that the first carrots originated in Afghanistan (and were purple or red in colour) and that the Romans were fanatical about asparagus.

Taking us on a journey that began when we left the life of the hunter-gatherer to become farmers, Adam tells tales of globalisation, political intrigue, colonisation, and serendipity.

He describes how these vegetables and their travels have become embedded in our food cultures.

A keen gardener since his early year, Adam now lives in Wales and focuses full-time on his garden.

He grows over 100 varieties annually on his 3.5-acre, south-facing vegetable plot next to his house.

From high summer to late winter, he spends his time harvesting the dried pods of beans and peas, scooping seeds from ripe tomatoes and rotting cucumbers, washing, and drying them on every available windowsill.

His garage is filled with jars of over 500 seeds collected from around the world and saved from previous crops, all of which he uses, shares, and sends to the Heritage Seed Library.

In a statement, he said:

“We are a nation of vegetable growers. This book explores the wonderful world of rare and endangered heritage and heirloom vegetables – and why we must keep growing them and saving their seed, not only for our gardening and culinary pleasure but to pass these stories on. Vegetables are truly our history on a plate.”

How it all began

The taste of a Ukrainian pepper – the Capsicum annuum – in Donetsk 30 years ago had a “life-changing” impact on the renowned filmmaker.

While shopping in the central markets, amid the economic and political collapse of the Soviet Union, he started to discover more local growers selling vegetables and fruits, who had been cultivating heritage varieties and saving seeds on small plots of land for generations.

Adam began to seek out these local growers,, saving seeds from all over the world, on a mission to bring home spectacular varieties to catalogue, grow and share –­ and hopefully prevent them from being lost forever.

Now, he lectures widely on his work discovering and conserving rare, endangered garden crops and is a board member of the national charity Garden Organic.

His knowledge and expertise on growing out vegetables for seed is “highly valued” by the Heritage Seed Library, for which he is a seed guardian.

He shares seeds with other growers and gene banks in the USA, Canada and the EU, and.

Currently, he is growing out seed of heritage Syrian vegetables to be returned to the Middle East as part of a programme to revive traditional horticulture.

- Advertisement -
Previous article
‘Many farmers are on the verge of losing their farms, livelihoods and homes’
Next article
10 female online ag blogger Instagram accounts