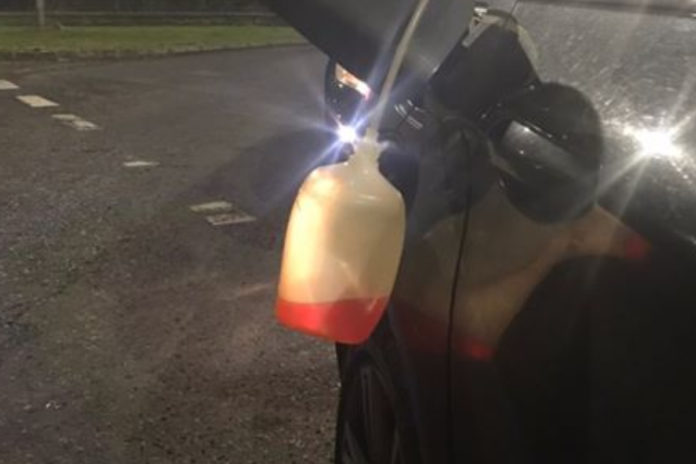 An uninsured motorist is set for a day in court after multiple offences were detected when he was stopped by the PSNI in Co. Tyrone last week.

In a post on social media, a PSNI spokesperson said: “Mid-Ulster DST out and about on the roads today carried out a routine stop of this BMW.”

“Again, they find another vehicle not insured to be on the roads and in an even more dangerous condition with 2 bald tyres (almost slick).”

‘The driver was keen to get his car back home and took out insurance at the roadside but unfortunately, it was still coming with us because it was a danger to other road users.”

“The driver obviously thought he was driving a tractor too with a tank of red diesel.

The PSNI stated that the motorist has been reported for driving without insurance and two bald tyres.

“He awaits his day in court. He also has a release fee to pay and a chat with HMRC, which can also result in a hefty fine for evading duty.” the post concluded.