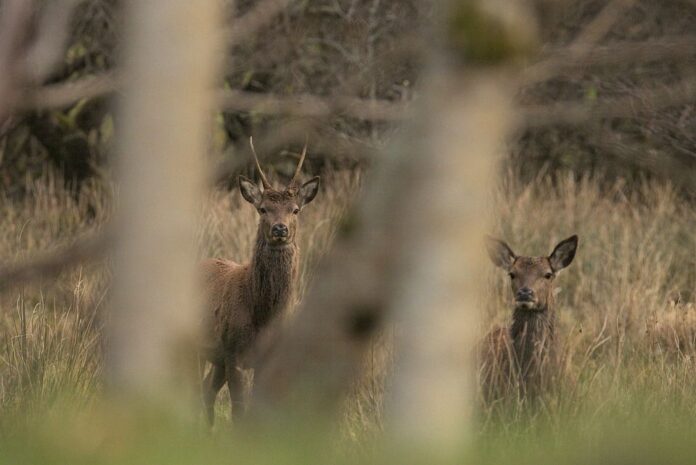 “Nationwide, the deer population is out of control,” that is what Ger O’Brien of the Wild Deer Association told presenter, Helen Carroll on the most recent episode of RTÉ One’s Ear to the Ground.

He is one of several people involved in a deer culling project to feed people in need.

The association’s members cull in the region of 20,000 deer annually under licence as part of government policy in a season that runs from September to February.

O’Brien told Carroll: “We have to take the female population down, as it is too high in numbers.”

“We want to maintain a sustainable number of deer in the area. They are a fantastic animal.”

Carroll commented that while it is difficult to give the public an official figure as to how many wild deer are in Ireland, it is known that the population of sika, fallow and native red deer have “all increased”.

She said that this was exacerbated during the Covid pandemic, which saw game shooting “severely restricted”.

The presenter commented: “As well as culling young, fertile females to stop them from having offspring, older animals are also culled.”

The meat from some of those deer is donated to Lámh Fáilte – a Dublin-based charity that helps feed people on the streets of Dublin.

The not-for-profit outreach programme, Lámh Fáilte, provides food and clothing to those in need.

Paul Fletcher and his son, Paul Junior, from Premier Game in Mitchelstown, process what is “normally a very expensive meat” into hundreds of venison burgers.

Paul Fletcher explained: “Basically, all we do is wild game from rabbits to pheasants, ducks and partridges and mainly wild venison.”

“There is a large demand for venison at the moment, and we export throughout Europe and the UK, and we supply locally as well.”

“The Wild Deer Association donate the venison to us, and we process it under licence. We then go to Dublin on a regular basis to cook for the homeless in Dublin,” he concluded.

- Advertisement -
Previous article
‘I trained and worked with the “work hard, play hard” ethic’ – vet on career break
Next article
Husband and wife who met in London milking 160 cows in Cork