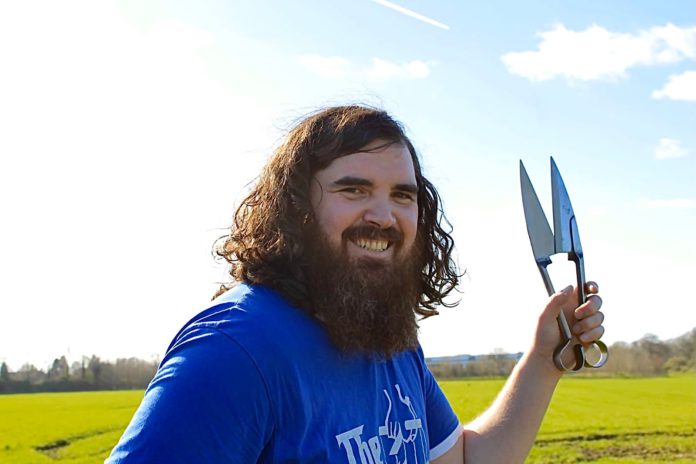 A Longford-based suckler farmer, who oversees sales and is a brand ambassador at Dingle Distillery & Porterhouse Brew, has organised The Big Chop – Charity Shave to raise funds for Embrace FARM.

David Cummins grew up on his family-run Listakem Glen Farm, in Carrickboy. The family once ran a dairy herd alongside a free-range egg enterprise. However, they now farm pedigree Aberdeen Angus and Simmentals under the LG prefix with some commercial sucklers.

“The time has come for this mop of hair and this rugged beard to go all in aid of Embrace FARM.”

“The reason I picked Embrace FARM is that I think we, as in farmers, all know someone who has been injured or killed in farming.”

“I think it is even more relevant today with the majority of farmers working on their own as it is not financially viable for them to hire extra help. So, I just wanted to do something to highlight it in some way.”

Embrace FARM is a not-for-profit charity that supports farming families who have lost a loved one or those who suffered a serious injury in a farming accident.

Brian and Norma Ronan, a farm family from Laois, founded the charity in 2014. Brian lost his father, Liam, to a sudden farm accident the previous year.

You can donate to David’s GoFundMe page by clicking here. Alternatively, you can find more information about Embrace FARM here.