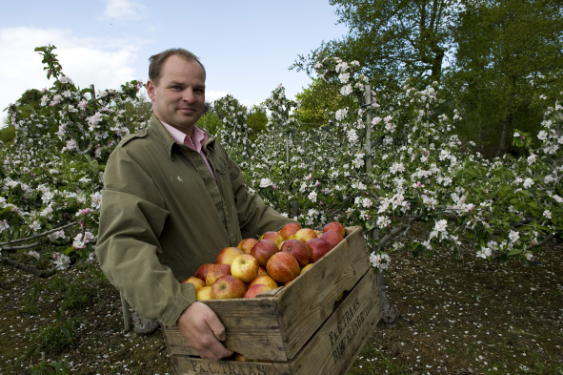 As part of this week’s Farmer Focus, That’s Farming speaks to Con Traas, owner of The Apple Farm, producers of award-winning juices, strawberries, cherries and raspberries.

Cornelius Traas is a second-generation fruit-farmer of The Apple Farm, located just outside Cahir, County Tipperary.

He is also an established lecturer at the University of Limerick. Con received a lifetime achievement award from the Irish Food Writers Guild in 2012. Traas has also chaired the Irish Apple Growers Association for some years, to name just some of his accolades.

In 1991, he graduated from UCD with a BSc in agricultural science and in 1993 with an M.Agr.Sc also. Con specialises in horticulture and pomology – the science of fruit cultivation. He began working at the University of Limerick in 1994.

Today, he continues to teach, farm, and conduct horticultural research.

Additionally, he runs an award-winning juice-making business and a camping and caravan park alongside his farm and educational career.

“My parents moved to Ireland from the Netherlands in 1967. They bought this particular farm which at the time, was being sold by an electrician who was emigrating to Canada. He owned the land, but it was not being farmed; it was a little bit wild, to begin with,” Con tells That’s Farming.

“They started growing crops like wheat and barley and as well as that; dried peas, planted apples, things like that. They grew tulips in their first year here. It was like a hybrid between a vegetable and animal farm at that time,” he explains. 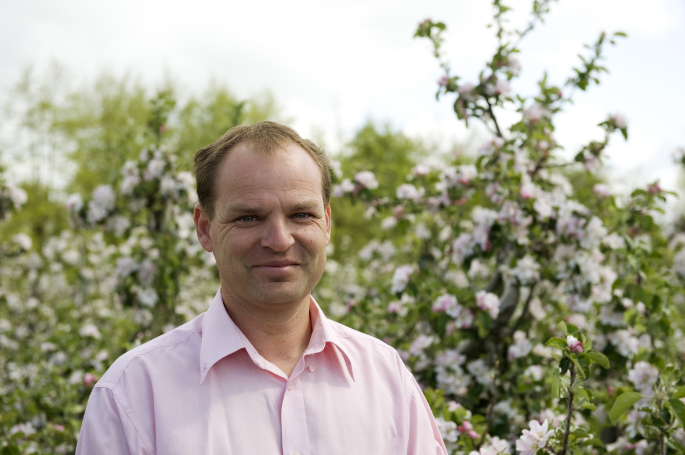 According to Con, the farm saw some evolvement due to the introduction of machinery, which made vegetable production more competitive.

“Over time, they dropped the vegetable line bit by bit, as that aspect of the farm became very mechanised. Whereas, the likes of strawberry, cherry and apple production did not.”

“You still need lots of space and labour to grow these fruits. This would not be a factor that would make you uncompetitive compared to the big producer, in this way.”

“In the 1980s and 1990s, my parents planted more orchards. I started farming here in the mid-1990s as well, the same time I started working at the University of Limerick.”

“At some point in the 1990s, I took over the farm and also started the apple juice business. As we sometimes had more fruit than we needed for straight domestic sale,” he explains. 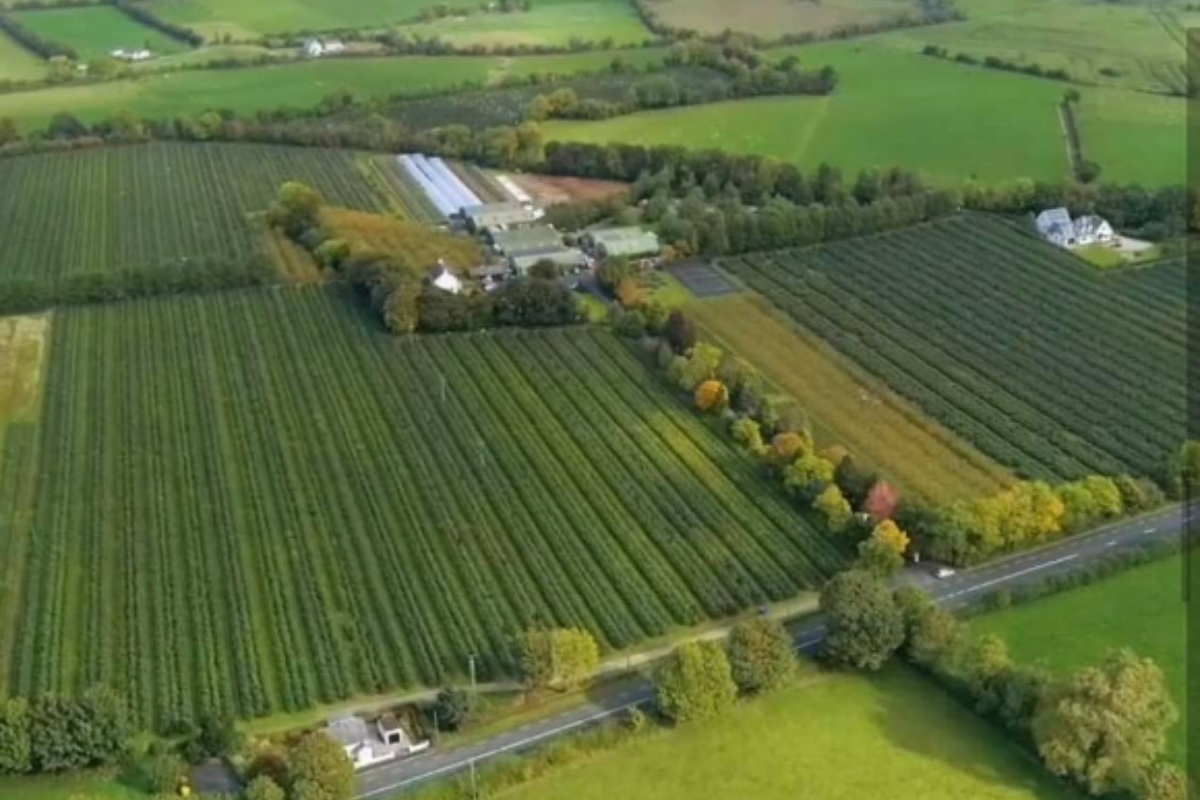 Back in the 1970s, the main apples grown in Ireland were Seedlings– the common cooking apple. The main eating apple back then was Golden Delicious.

“Following on, the trend went away from green or yellow apples throughout the 1980s and 1990s; people started switching to eating red eating-apples. At the same time, that meant a transition for us here from green to red varieties.”

“In the orchard, we would have always had red varieties like Discovery, that had more red colouration, they became much more popular,” Con added.

Notably, a fruit farm is a labour-intensive place to be, particularly at harvest time.

“I have a staff of around 20 to 30 people involved on the farm depending on the time of year. They are involved in the production of apple, strawberries, raspberries, plums, cherries, pears, juices, sparkling drinks, lemonade, cider and cider vinegar,” Con states.

“We have multiple harvest times during the year. The strawberry harvest starts in May or June, raspberries in mid-June/early July and cherries are ready then as well. The plums are harvested in August.”

Logistically, the time frames for selling strawberries, raspberries and cherries are narrow and requires careful management.

“The busiest time we have is when we are harvesting strawberries, raspberries and maybe cherries at the same time because they have a very short shelf life.”

“If you pick them today, you nearly have to sell them today or tomorrow. There is very little room for miscalculation on how many you need to sell, you have to have them packed on time.”

“Whereas with apples, if you do not pick them today, you can pick them tomorrow; there is more flexibility,” he explains. 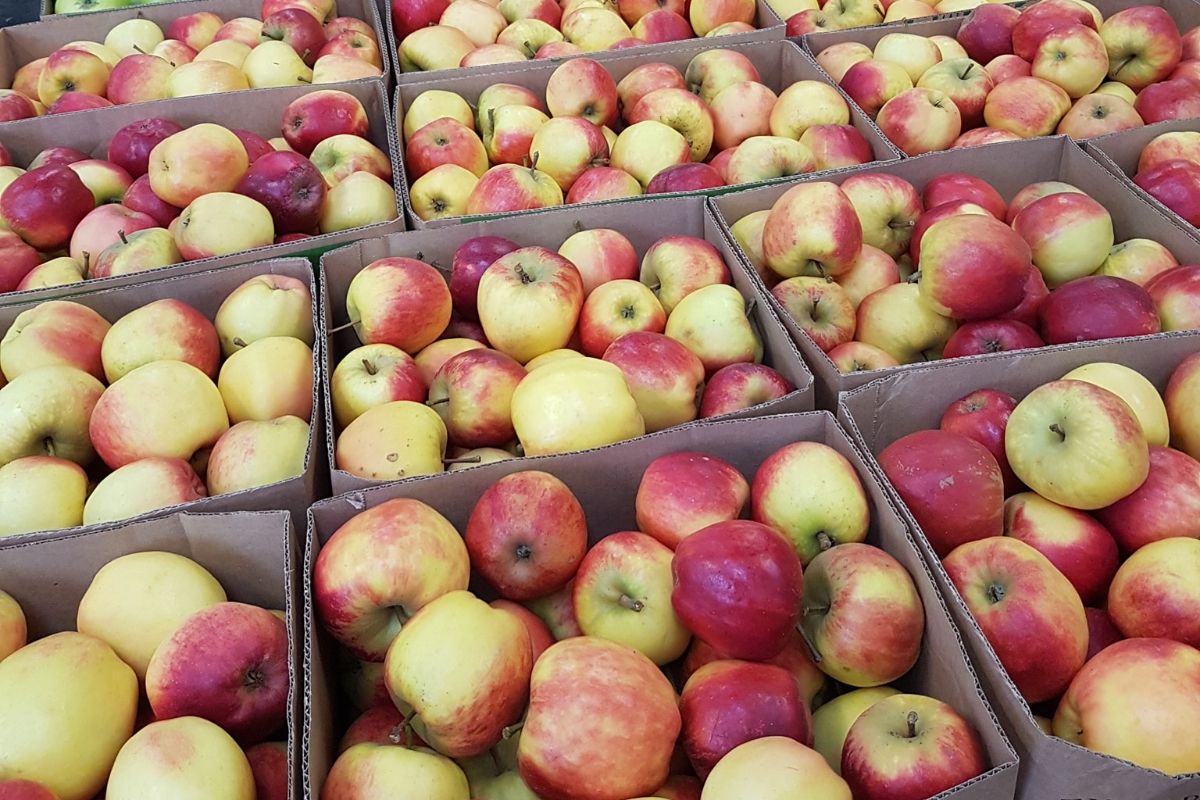 The Tipperary native has several avenues for supply both locally and nationally.

“All the strawberries, raspberries and cherries we sow are sold directly to the public in the shop on the farm. In the summertime, we get lots of calls.”

“People come out, maybe with their kids and get some fruit and have a look around the farm. Also, we have people who will call every day of the week for fresh fruit, or once a week for apples,” Con enlightens.

“We have grown in volume in our apple supply. We supply to Dunnes Stores; we supplied Lidl; we supplied Aldi at one stage and Superquinn in the old days.”

“It depends on who you deal with; ideally, you could make a deal many years in advance, which would give you the confidence to plant new orchards.”

Markedly, the industry has seen strict regulations come into play, making it difficult to enter fruit-farming on a commercial scale.

“Commercially, it has become more difficult to enter this industry. Years ago, you could enter into the apple industry fairly easily. You know, plant an acre or two, supply a local shop or two and see how it goes.”

Optimistically, Con suggests a suitable route for entering the industry on a smaller scale.

“For people who like to start at a small scale, they could operate a market garden, supplying local restaurants or farmers markets, which I have seen people succeed at.”

“They are working at a scale, often one-person operations, where accreditation is not needed, as they are selling direct. It is commercial but at small-scale. Start small and scale up.” 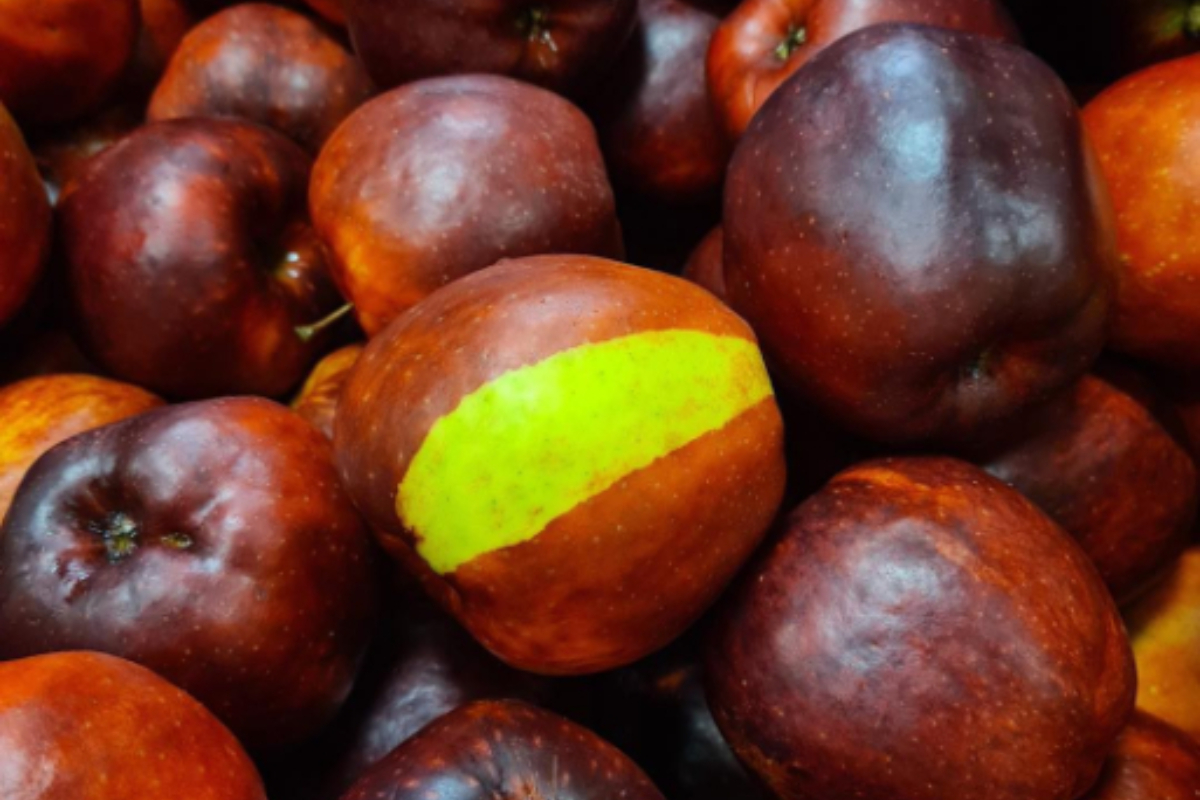 Con, an advocate for horticulture and pomology, offers a few words of advice to home-growers. Home-growing has become a point of interest to people across Ireland and abroad since the Covid-19 pandemic hit.

“Home-scale growing; I think anyone who has the opportunity to do it should try it.”

Con advises that “apple trees and strawberry plants are inexpensive to buy, but strawberries are prone to slug infestation and rain damage. Raspberries are a great one to start with; they are easier grow and are fairly robust in comparison to strawberries”.

Conclusively, The Apple Farm at Cahir has noticed apple growth is commencing considerably earlier than normal in recent years.

“In general, we are seeing plants growing and advancing earlier each spring due to the generally milder winters we have been having in recent decades, I suppose.”

“Growth commencement of apple trees in Ireland now would be ten or eleven days ahead of what it was fifty years ago, on average.”

“That is fine if you do not get cold weather after they have been growing, but if you do – that is a potential problem for growers,” Traas of The Apple Farm concludes.

- Advertisement -
Previous article
No calf exporters at Kilkenny Mart
Next article
Quiz: Should you marry a farmer?