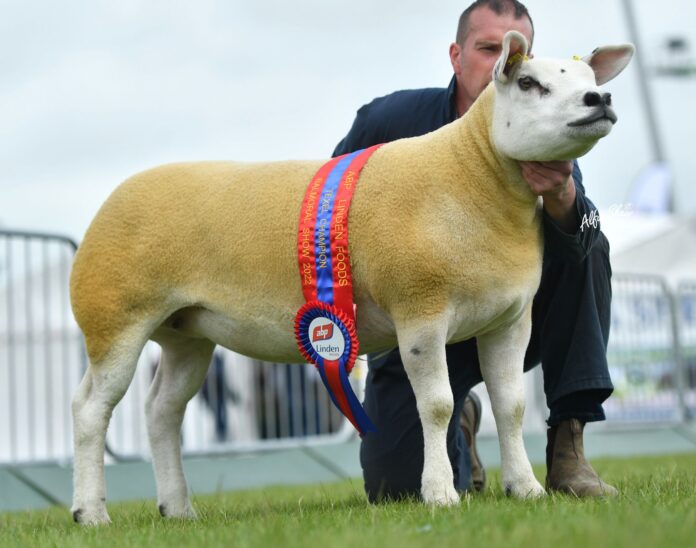 Set your sights on the Festive Crackers Texel Female Sale, which is set to take place at Ballymena Livestock Mart on Tuesday evening, December 20th, at 6.30 pm.

The action-packed catalogue features 89 lots from what organisers have described as “some of the best names in the business”.

A spokesperson told That’s Farming that “there are some very exciting service sires in the mix and females from proven leading families”.

“This is a real opportunity for not just established breeders to introduce a new line into their flock, but also the one-stop shop for those starting their Texel adventure.”

The sale features “top-drawer” Texel females from the following flocks:

Kicking off the sale is Stewart Ferris, who has five gimmers scanned in-lamb to Corbo Eye Devil, who was purchased privately for 5k.

His Bellefield flock were placed second large pen of ewe lambs last season, and these ladies formed part of that team.

David Warwick is next up with a run of four gimmers, including part of his successful show team this season. These are selling in-lamb to Plasucha Folklore and Mullan Eureka, both of which have Sportsmans breeding behind them.

The Drumderg flock of Alistair Breed will have five gimmers in his first draw, carrying in-lamb to Mullan Eureka and Drumderg Flash Harry.

Robert Cockburn will travel across the water with a lineup from his noted Knap prefix.

These daughters of Sportsmans Deal Breaker and Cannon Ball include a sister to his award-winning Daisy Duke, who has bred rams to 16k.

An ET sister to the much-admired Balmoral Interbreed champion features in Gary Beacom’s lots, and she carries to Spellbound Fame & Fortune.

Next to hit the sale ring will be Andrew Kennedy, Maineview, with five ladies carrying to Alderview Explosive 20k and Spellbound Fame & Fortune which was purchased for 18k.

Father and son duo, Cyril and Martin Millar, have selected a number of choice gimmers from their Millars flock.

Mullan Texels are well represented in the sale with breeder, Brian Hanthorn, having short listed a number of females to include a full sister to Eureka 9k and Extra Special. These are all served to Plasucha Folklore.

John and Richard Currie are set to offer females from their Tullagh flock. These will sell in-lamb to Craighead Eyecatcher and Teiglum Firecracker.

Mark Patterson will offer females from his Alderview stable. These are mated to the flashy Auldhouseburn Fandabidozi.

Next up is James Wilkinson with a draft from his prize-winning Ballygroogan prefix. From some of his “best female lines”, these carry to Alderview Explosive and Rockwell Francisco.

All stock are eligible for immediate export on the night.

Viewing is from 4 pm on sale day, with the sale kicking off sharp at 6.30 pm.

The sale will also run on MartEye for online bidding. The full catalogue is available to view on MartEye or contact the auctioneers, Ballymena Mart on: 0282563 3470

The spokesperson concluded: “These flocks will have two runs each throughout the sale.”

“Buyers can bid with confidence in the knowledge they are purchasing under the auspices of the Texel Sheep Society conditions of sale.”

- Advertisement -
Previous article
‘No one is immune to stress, anxiety, depression, and grief’
Next article
The modern farmer is a dream career