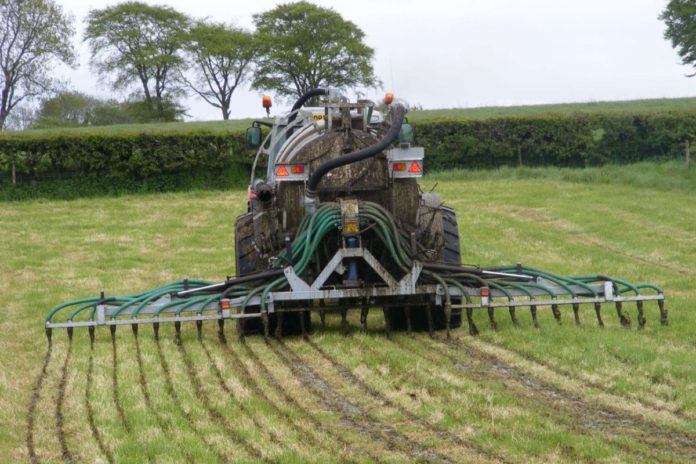 Determine the value of your slurry from €50

How to test slurry

Teagasc has reported that some laboratories across the country are “inundated” with requests from farmers to test slurry samples.

The state agency has urged farmers to test their slurry to determine its value in light of “record-high” artificial fertiliser prices.

According to Fergus O’Rourke, Teagasc Manorhamilton, farmers can determine the ‘the label’ of their slurry by using two methods.

During a recent webinar that Teagasc Sligo/Leitrim/Donegal held, he explained:

Earlier this year, we published an article from a safety watchdog, which warned that slurry season brings renewed levels of risk.

The HSENI appealed to farmers to take care when working with slurry.

The closed period for spreading slurry will come to an end in Northern Ireland at midnight on January 31st, 2022.

These include methane, carbon monoxide, ammonia, and the extremely poisonous gas, hydrogen.

It has compiled a slurry mixing code, which it has urged farmers and agricultural contractors to follow.

- Advertisement -
Previous article
‘Our heaviest steer to date was 289kg’ – Dexter breeders
Next article
Sheep trade: Hoggets trading for up to 590p/kg