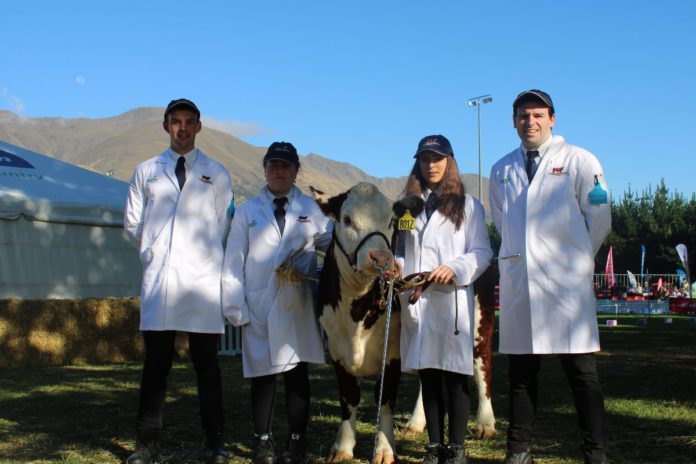 Team Ireland was represented in the Young Handlers Competition at the World Hereford Conference, which was held in Queenstown, New Zealand from March 7th-14th.

Team Ireland competed against the best teams from around the globe including; New Zealand (2 teams), Australia (2 teams), USA, Denmark, the UK and Sweden. They showcased their talents throughout the event and learned new skills while competing in events such as;

They also engaged in team building activities and visited other herds.

A spokesperson for the Irish Hereford Breed Society, said: “The team were a credit to both themselves and the society. They proved to be true ambassadors for Irish Herefords. This was an invaluable experience for our young breeders, and they have made memories and friends for life along with learning new skills and learning about Herefords around the globe.”

“The Irish Hereford Society would like to say a huge thanks to Slaney Foods International for sponsoring the team and making chance a reality for each of them. Well-done to Team New Zealand on winning the Young Handlers Competition.”

The conference brought more big news for Irish Hereford breeders, with the secretary of the society, Larry Feeney, being elected as World Hereford Secretary-General for the next 4-year term.

Larry has over 30-years of experience as secretary of the Irish society and a wealth of knowledge. He has experience in both Irish and world agriculture, in particular the breeding of pedigree Herefords.

The Irish Hereford Breed Society said: “Larry has been more than dedicated and supportive to the Irish society and the breed in general in his time. We know he will bring the same values to this new post and do a tremendous job.”