That's FarmingThat\'s Farming Irelands Largest Farming News, Properties and Classifieds Network
HomeBeefSuspended mart sales will force farmers to be ‘at the mercy’ of... 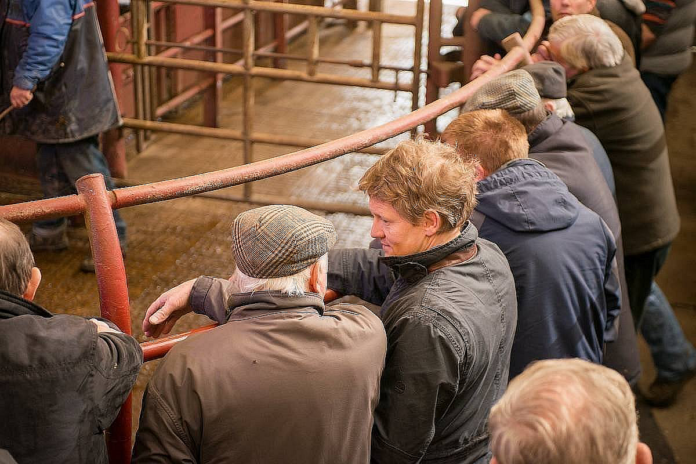 Beef Plan is calling on the Minister for Agriculture, Food and the Marine, Michael Creed, along with European colleagues, to legislate a minimum sustainable base price for beef in Ireland and across Europe.

The farm organisation believes the Minister must re-examine market specifications such as the 4-movement rule, the residency rule and the over 30-months requirement to allow all cattle slaughtered, who fall outside the current specifications, to receive the 20c/kg bonuses.

The Beef Plan Movement is also requesting for Bord Bia audits to be postponed until the threat of Covid-19 has passed, and for farm certifications to be extended.

It believes that department inspections need to be suspended immediately.

In a statement, Eamon Corley and Hugh Doyle, joint chairpersons of Beef Plan, said: “Ireland is now plunged into the middle of what is described in some quarters as a once-in-a-lifetime health crisis epidemic, which is sweeping across the country, known as Covid-19.”

“The country is closing down before our very eyes in, what is generally agreed as a necessary action to try to contain the virus from consuming our health service.”

“This is likely having a domino effect on other jobs and possibly paralysing our economy in the short-term at least.”

However, the statement added, the farming community is certainly not immune from both the health and economic impact of Covid-19.

The farm lobby group said that it strongly recommends that members as well, as the wider farming community, adhere to the advice of Dr. Tony Holohan, chief medical officer of the Department of Health and other recognised authorised spokespeople.

They are urging the public not to take unnecessary risks to the health of themselves, their families and other members of the public.

“The economic impact is very pronounced in the new reality of farming in Ireland but especially in both marts and meat processors.”

“Many farmer buyers are choosing to stay away from the marts, leaving fewer buyers to bid against each other, resulting in much lower prices being achieved by farmers.”

“Some marts have decided to suspend all sales with the exception of calf sales.”

The joint chairpersons pointed out that this the busiest time of year on Irish farms where normally large amounts of cattle would be passing through marts. “This will force the farmers to be at the mercy of the meat processors.”

“Unfortunately, the main meat processors have shown little empathy with the farming community as they have cut the base price and some fear more cuts may be on the way in light of the marts scaling back.”

“Meat processors shouldn’t be allowed to price gouge or take advantage of the Irish farmers in these extremely stressful and unprecedented times as farmers find that their hands are tied.”

The pressure at farm-level is “very real” and concerning, Doyle and Corley added.

“This has not been helped by weather conditions. All required support must be made available without delay,” they concluded.