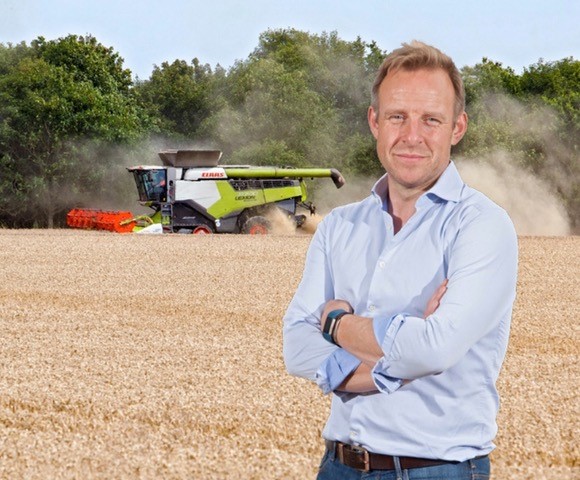 Papworth will share his family’s story at an upcoming online suicide prevention event.

According to the Farm Safety Foundation (FSF), in the UK, 133 people from farming and associated agricultural trades lost their lives through suicide in 2019

And an FSF survey found that 88% of farmers under 40 ranks poor mental health as the biggest hidden problem facing the industry.

Norfolk and Suffolk NHS Foundation Trust, the region’s mental health provider, has joined with a farming wellbeing charity to organise the event for members of the farming community, the public and all health staff.

The panel will talk about their experiences, discuss what help is there and answer questions from attendees.

Kit said: “The impact on the close family was devastating. It came as a shock to everyone, and the impact is ongoing for all of us.”

“For the family business, it changed all of us and our staff. It was a shock initially to the wider agricultural community of the area.”

He said the signs may have been there, but they were very subtle. “No one really believed that he would take his own life.”

“I believe, now, that he had considered it for some time and that he finally made the decision after some considerable thought.”

“I am not sure anyone could have stopped my father. He did not discuss how he was feeling, and whilst there was help offered.”

“He tried to accept that help, and to get better; ultimately, you have to really want to. I believe that he stopped wanting to.”

Kit said that the farming community had to become better at seeing the signs, at offering to help personally.

“As an industry, we also have to solve some of the issues which cause the depression and injuries in the first place,” he said.

Emma has a wealth of experience in mental health and the charity sector.

She is also a trustee of Hope After Suicide Loss. The Suffolk-based charity provides support and counselling for adults bereaved by suicide.

YANA provides confidential support to those in farming and rural business through fully funded counselling.

Also, it is awareness and understanding of mental health through a range of campaigns, such as Stick Up for Better Rural Mental Health, through window and tractor stickers, attending events, giving talks and presentations and distributing leaflets to businesses and GPs.

It is currently running the Seven Tractor Facts to Save a Life campaign to raise awareness of its support. The handy credit-card-sized tool is available from [email protected].

The charity has also invested in mental health first aid training for those in farming and rural businesses.

Emma said: “We know that suicide can feel a scary subject and understand that many of us feel wary of saying the wrong thing.”

“That is why an opportunity like this discussion is important. It helps to unpack those reservations, to give practical advice on suicide prevention, so people become more comfortable with talking about suicide – and acting.”

“We are looking forward to contributing to the discussion, to sharing ideas and thoughts, and learning from each other’s experiences and insights.”