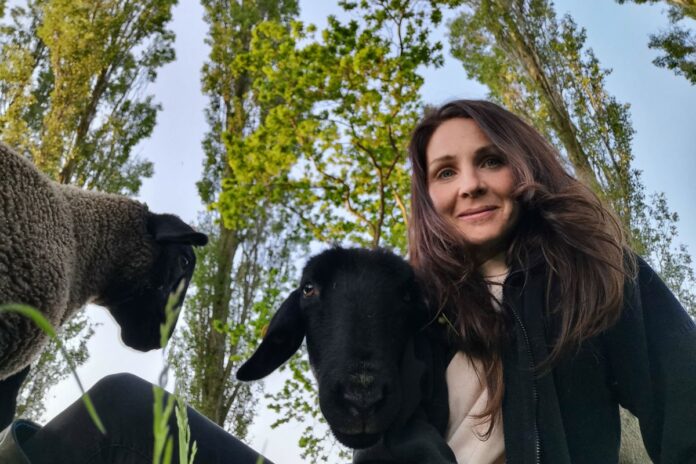 Victoria (40) was born in Lincolnshire but grew up in many different locations across the world and other parts of the UK.

She has now made a base she calls home in Suffolk, UK.

With no tradition of farming in the Theodorou family, visiting her husband’s family farm sparked her passion for agriculture.

She recalls her first visit to her husband’s family farm, where she experienced seeing sheep “up close” for the first time in her life.

“It fascinated me because I had only ever seen sheep in the field as I drove past; they were of no consequence to me,” Victoria tells That’s Farming.

She reflects on her first visit to the farm, where she admits she never “really took any notice”.

“The more time I spent at his parent’s house, I became so enamoured with this animal that I had taken for granted my whole life.”

“Then, to watch and experience lambing for the first time, I was hooked, even from just watching, as I peered over the fence.”

Victoria, now a full-time farmer, resides on her in-law’s smallholding based in Kelsale, Suffolk, and, alongside her mother, makes garden products from the flock’s wool.

The farm comprises 9-acres of land, with the pedigree flock known as Kelsale Suffolks.

In addition to Victoria’s flock, her husband runs a driven pheasant and partridge shoot on the land and surrounding area.

Moreover, pedigree Suffolk and some Suffolk-Texel-cross are the predominant breeds on the farm, but the flock is awaiting the delivery of Torwen sheep.

Upon taking over the running of the flock, the main breeds were predominantly Suffolk-Texel-crosses, and she culled sheep that were no longer fit for breeding.

Following this, she was left with very few sheep remaining on the farm but has since established her flock with 33 head of sheep. 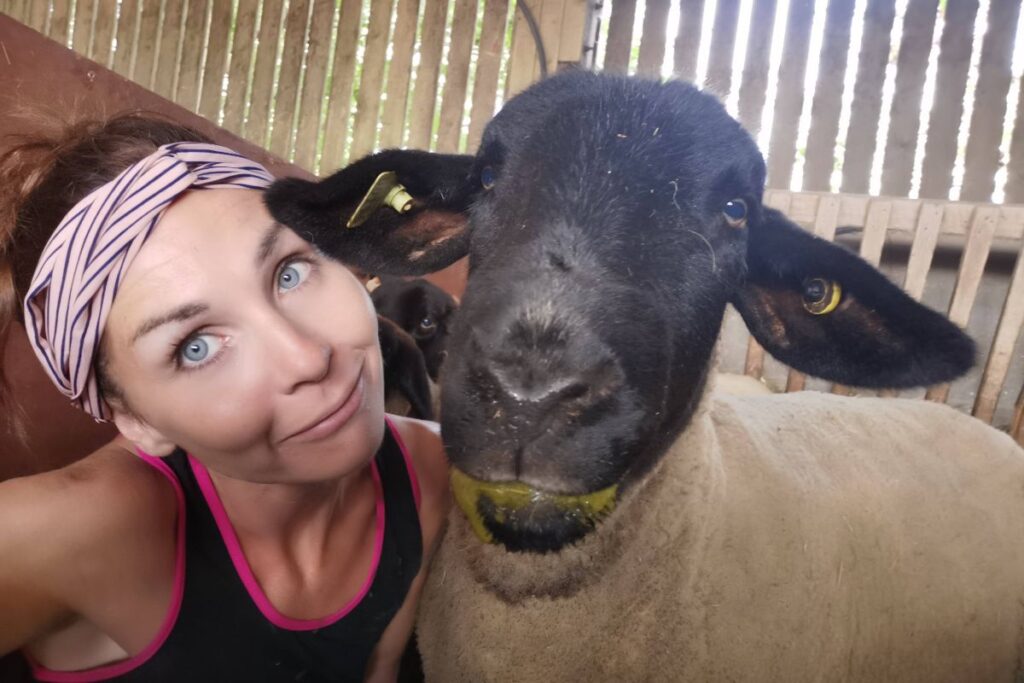 Victoria outlines her ideal sheep, which she describes as “friendly, attentive and always up for a cuddle and a head scratch”.

“Suffolks are like the marmite of the sheep world; some people love them, and some people hate them.

“I do not understand why. They are a terminal sire and make for cracking lambs. Some people would argue that they are lazy lambs and bad dams.”

“However, from my experience, I have never had a bad Suffolk mother. Any sheep breed can reject lambs for one reason or another. The dams always have bags of milk.”

“As for lazy lambs, being pedigree, they do not have the vigour of a cross-bred. I completed an experiment one year, which I documented on my Instagram account.”

“Resultantly, my Suffolk lambs were just as quick or ever so slightly slower behind my cross-bred lambs.” 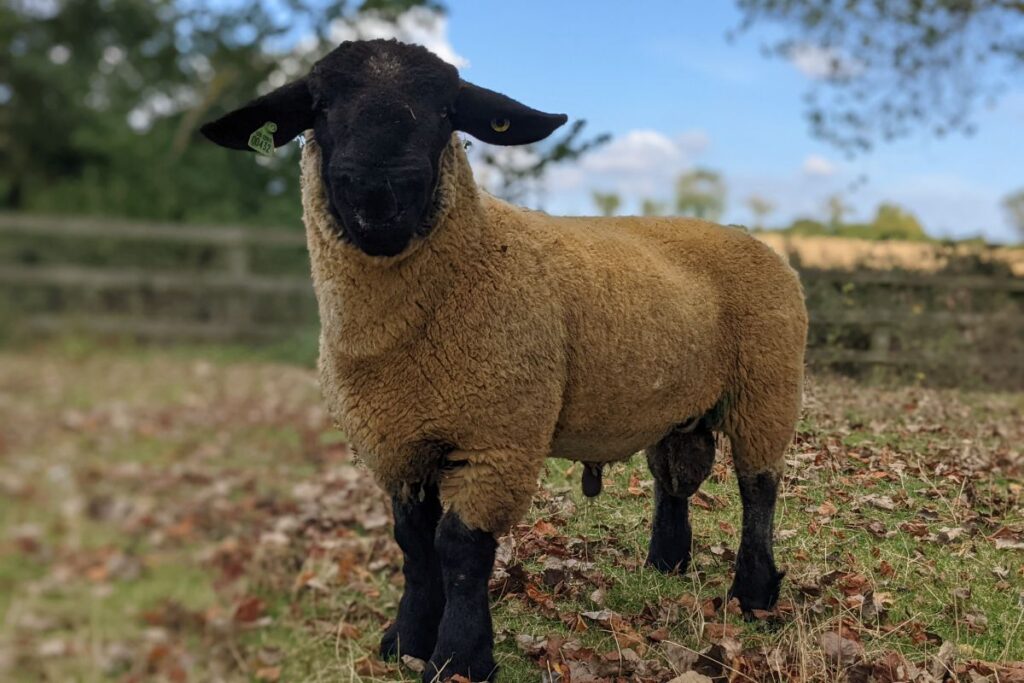 Before Victoria took over the farm ten years ago, lambing took place in April; however, she decided to change the lambing period to January.

Then, she decided to bring lambing forward to February or March time. However, with all inputs soaring, she has pushed lambing out to April 2023 to ensure adequate grass growth and reduce feeding costs.

“I try to get them all out within a week or two, but every year I have a straggler that will cross her legs for an extra week. I have considered syncing them, but the cost does not justify for me at the moment.”

The flock lamb indoors, and with the sheep, shed having a large concrete area outdoors, ewes can access this area during the housed period.

“When I get my Torwens, and they lamb in April, I may take the plunge and do it outdoors. They seem to be much hardier being Welsh mountains than my pampered Suffolks.”

“I worry a lot about my sheep and sleep in the hay loft or in my car during lambing, so perhaps I will pitch a tent in the field this time,” Victoria jokes.

“Honestly, the most enjoyable aspect of farming for me is telling people that I farm. I know I am not a large-scale farmer, but I love the look people give me when I tell them I am a shepherdess.” 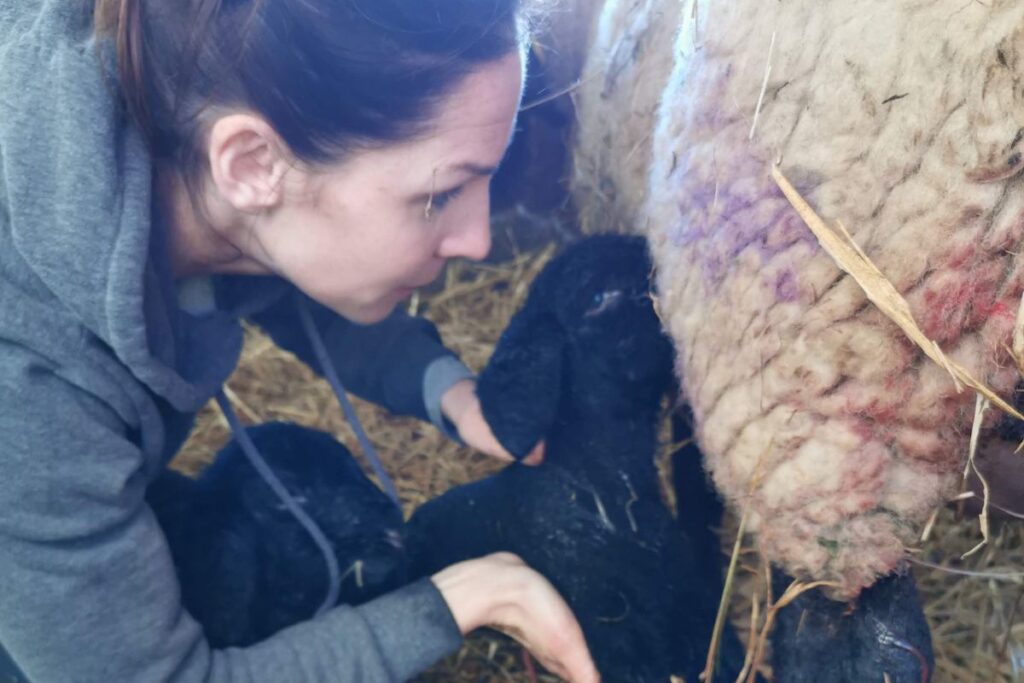 She says that losses are the most challenging part for me. When she loses a lamb or a ewe, which is not very often, she often reminds herself that nature is a law onto herself, and you cannot fight her.

Another challenge is keeping money rolling over, which, she says, is difficult as you can only have a limited payday window when selling lambs, ewes or rams.

This year, she had saved up money that she had earmarked to buy seed to overseed some of her fields with clover and other legumes to improve soil quality, which she intended to buy this spring.

However, during lambing, her favourite shearling was sectioned because she could “not fit her whopping 10kg lamb past her pelvis”.

“There was no way she could not have a C-section because her and her lamb’s life was in danger, so of course, I did it.”

“Unfortunately, the money had to go for this vet bill instead. Prioritising where the little amount of money goes is important, but not always where you planned it to go.”

She is very passionate about education, particuarly the importance of livestock contribution to the many ecosystems they have a positive impact on.

In addition to this, wool and all the innovative wool products she makes from her flock, with her mother, is a way of showing consumers that wool can replace many plastic products.

Victoria intends not to overstock the land but plans to introduce a fibre flock (Torwens), to run alongside her Suffolks.

In five years’ time, she plans to still work with a pedigree flock, with the intention of adding another a further two breeds.

“I imagine it is easier with large numbers to make it work. Being small, I have to be very careful and diligent. Losing one or two lambs at lambing when you have hundreds to lamb is not a big deal.

“When you have only 30 to 50 to lamb, it does make a huge difference to your potential finances.”

Living and working outside on a farm is rewarding yet challenging for this sheep farmer. Dealing with new life and lives lost is “heartbreaking”, as she describes it.

“Fixing, mending and bodging become second nature. While this life is an emotional rollercoaster, I would not choose any other way to live my life nor any other environment to raise my children in,” Victoria concludes.