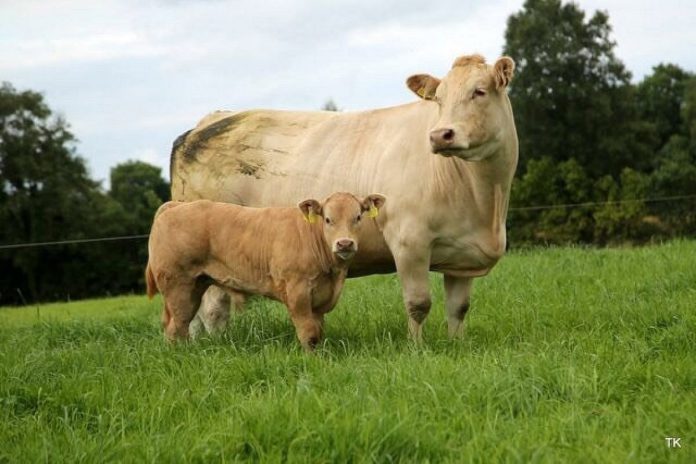 Suckling or calf-to-beef – what system is more profitable?

When comparing calf-to-beef and suckling-to-beef systems it is true to say that there are probably bigger differences in profitability within the same farming system than between systems.

There are huge differences from one farm to the next in the level of profits made from beef farming.

The principles are the same for all systems of beef production. Higher output, when combined with lower costs, leads to higher profits.

In simple terms, a positive net margin results in the retention of all direct payments as profit.

Animal health, animal performance, grassland management, extending the grazing season, quality silage over the winter housing period, fixed costs and market value are the main factors that ultimately determine the profitability of the enterprise or system.

The health of the animal in its first year of life is highly influenced by the timeframe immediately after birth.

Ensuring that the calf gets an adequate supply of quality colostrum as soon as possible after birth sets the calf up to reach his maximum growth potential.

The suckler farmer has full control over colostrum management. The calf-to-beef farmer is relying on another farmer to do the job properly for him.

Breeding animals may require additional vaccination and worm control measures are different for both systems as weaned calves on a mainly grass diet are more prone to lung worm and stomach worms than calves that are suckling cows.

Animal performance is largely influenced by the feed source offered. The larger the percentage of the diet that comes from grazed grass the higher the profitability of the system.

In the autumn, weight gain is largely influenced by grass dry matter content and utilisation. This is often a major issue on farms with heavy soils, especially in the west and northwest.

An autumn closing plan where the drier paddocks near the farmyard, targeted for grazing in early spring are closed first will ensure an adequate supply of grass from early Feb.

The grass that is available in Feb is mainly grown in October and November and will usually give you twice the weight gain in the spring than if it were grazed late into the autumn.

One of the advantages that the calf-to-beef system gives you when compared to suckling is the ability of the store to graze grass in the spring when compared to the much heavier suckler cow.

Calving date also influences the turnout date of suckler cows, as cows are generally housed up until calving. Similarly, with lighter animals especially on heavier soils it is possible to leave animals out longer in the autumn with less risk of poaching damage.

The importance of silage quality in beef finishing systems is often overlooked. High quality 75+DMD silage alone is sufficient to achieve the target weight gains of 0.5-0.6kgs/days for weanlings over the first winter period.

It is also capable of enhancing animal performance and replacing concentrate supplementation over the finishing period. High-quality silage is also important for cows post-calving, especially if there is a prolonged period between calving and turnout and is especially important in an autumn calving system.

Having an adequate supply of high-quality silage targeted towards the animals that require it over the winter housing period can dramatically reduce the concentrate bill in all beef finishing systems.

The more moderate-quality silage should be targeted for feeding to suckler cows during the dry period pre-calving. There is no place for average quality silage in a calf-to-beef system.

The costs associated with suckler systems are generally higher on a per livestock unit basis that in a calf-to-beef system.

In a calf-to-beef system finishing steers at 20-24 months, for every animal sold there are two animals carried on the farm amounting to 81kgs of organic N compared to three animals for a similar suckler finishing system when the cow is included. This equates to 149 kgs of organic N per finished animal.

The calf-to-beef system, when compared to an equal suckler finishing system, facilitates a higher output of carcase weight per ha produced from lighter animals and does not bear the cost associated with retaining the suckler cow.

Fixed costs represent approximately 50pc of total costs on cattle farms and can have a huge impact on overall farm profitability.

The stage of development can significantly influence fixed costs as can the level of dependence on owned machinery. Higher stocked farms dilute the level of fixed costs per kg of beef produced per ha.

Fixed costs are often higher on farms where the farmer has an off-farm job. Investing in facilities for labour-saving purposes can be justified in the case of the part-time farmer.

Renting additional land and land rental costs requires careful consideration on many medium to lower stocked farms especially where the gross margin per Ha does not substantially outweigh the rental costs per Ha.

Unlike all the other parameters of profitability that I have already mentioned, price per Kg is something that is largely outside the farmer’s control.

Efficient farms with a high level of output per ha or per livestock unit will consistently have higher profits irrespective of farming system.

The more efficient farms will reap the rewards when market value increases and are in a better viable position when the value drops. In general, suckler progeny grade better and achieve a higher price per kg.

The purchase price of the calf has a major bearing on the net margin in the calf to beef system.

To maximise farm profitability in a suckling to beef system maximising animal performance is essential.

As mentioned earlier cow reproductive efficiency is essential. So what are the key performance indicators that ultimately influence the profitability of a suckler to beef system?

In a calf-to-beef system, the key animal performance indicators are

Regardless of system, calf-to-beef or suckling-to-beef when the majority of the weight gain comes from grazed grass and the animals potential to grow is maximised, there is little difference in overall farm profitability between systems at current prices.

It’s a matter of choice, which system suits you best. Greater differences exist within systems and between farms. Where both systems exist on the same farm, they can complement one another.

Separate housing facilities, especially for the calf rearing period, may initially increase costs. Lighter animals can exploit the grazing potential that exists in the shoulders of the year and are a means of increasing farm stocking rate, farm output and overall farm profitability.

- Advertisement -
Previous article
Calls for grant aid for marts to update equipment and assist with online costs
Next article
What is the Zinc Sulphate Turbidity Test?