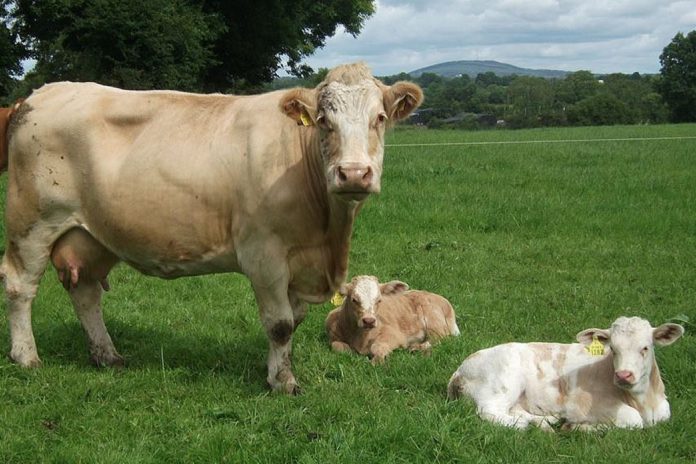 Suckler farmers sold out ‘yet again’ by government – Mayo farmer

Suckler beef is once again being ignored by Bord Bia in their recent proposal to achieve PGI (Protected Geographic Indication) status for Irish beef, according to the founder of Ireland’s Future, Gerry Loftus.

He is calling on Bord Bia to immediately withdraw this “farcical” proposal and is calling on the Department of Agriculture, Food and the Marine to ensure this happens.

“The government and the beef industry has found a way to accumulate millions of euro from this protected status with zero benefit to farmers.”

PGI status, the Mayo farmer said, will attract a niche market with a premium price meaning a “sizeable” increase in profit for exported Irish beef with PGI status.

“The extra premium he said will go to the government, Bord Bia and meat factories.”

Ireland’s Future is calling for PGI status to apply to naturally-reared suckler beef only.

Protected Geographical Indication or PGI is a name which identifies a product as originating in a specific place, region or country, whose given quality, reputation, or other characteristic is essentially attributable to its defined area of origin.

It shows to the consumer that the product itself is unique and at least one of the steps of production needs to take place in the defined geographical area.

“Suckler beef ticks all three boxes here, as the calf suckles its mother up until at least six months of age.”

“Suckler cows graze on low or non-fertilized pasture in specific regions of Ireland meaning its beef contains little or no chemicals, a marked difference from cheaper alternatives imported from South America where calves are artificially reared on milk powder and meals from a young age.”

“In the current proposal farmers, will have to endure a special Bord Bia inspection. The criteria sought by the agency will check whether the calves have spent 220 days on grass. They must also derive at least 90% of food intake from grass, hay, or silage.”

‘Not driven off the land’

Importantly, reared suckler beef carries a much lower carbon footprint than any other alternative, this is being ignored amongst the wider debate, Loftus said.

“In this era, farmers should be encouraged for farming sustainably not driven off the land.”

“If this proposal is endorsed in its current format, then suckler farmers must demand that a process be put in place to clearly identify naturally reared suckler beef with its own specific brand.”

Loftus stressed that small farms from Donegal to Kerry are under “serious”  threat facing into Brexit, Mercosur, and other trade deals.

“The idea that we are going to choose thirty factories to process PGI beef with a max two-hour journey is outrageous.” Loftus said.

In concluding his argument, the Lahardane farmer stated, “This proposal amounts to nothing more than the government using farmers to make millions for the beef industry, it’s akin to daylight robbery of farmers work”.

The organisation, Ireland’s Future, is considering how protests can take place amidst the current pandemic.

“After studying protests in the USA, which saw minimal transmission in the aftermath of widescale protests, there is no reason why farmers should be derided for exercising their fundamental right to assembly,” Loftus added.