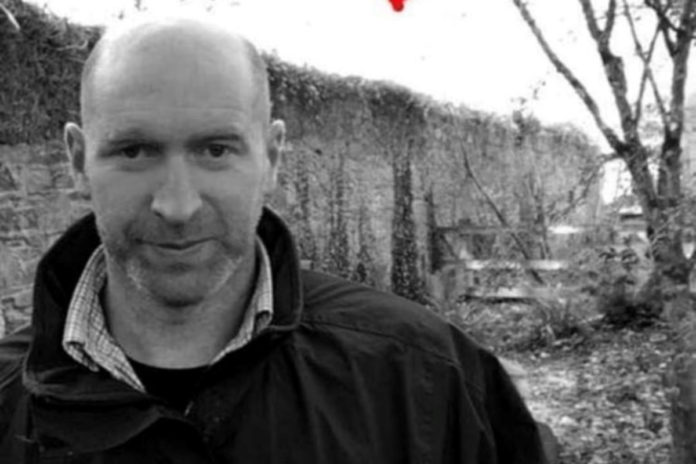 Married to Olivia with 3 children, the Garden County man also works on a dairy farm nearby.

They employ a split calving system, with 35% of breeding females calving in autumn. The cows are predominantly Limousin and the 41-year old uses both Charolais and Limousin stock bulls. The breeding season starts at the end of April to start calving at the end of January.

Ciaran rears the bull calves and sells them as weanlings at between 400-500kg for finishing. In terms of heifers, he keeps some as replacement stock and finishes the rest on-farm. Autumn-born calves are generally sold in July and August.

The Harmon family milked cows up until 2002, but the fragmentation of land meant that it was difficult to maintain. The investment in an underpass or a different system would not have been feasible, according to Ciaran.

“We got out at the end of 2002. Our farmyard is on one side of a main road and the land is on the other side and we just decided it was too dangerous where we were. We got cleaned out with BSE and decided to not go back into it after.”

The former dairy enterprise setup means that the farm is split into paddocks, making it easier to manage grass with their herd of sucklers. The Harmons were able to turn their cattle out to pasture on March 10th this year.

“We grazed the silage ground first, or most of it, and we’re about 60% through the first rotation of the grazing ground now.”

“The silage ground is closed now with fertiliser on it. We put 3 bags of 18-6-12 out there recently.”

When asked about the difficulties in suckler farming at the present time, Harmon laughed and said: “getting a wage”. He currently works on a local dairy farm and has done so ever since he left school.

He said you have no choice in the current climate but to have an off-farm job in order to survive.

“In the current climate, it’s hard to farm sucklers without another job. There are supports for farmers but the beef barons end up taking them at the end of the day. They’re bringing out BEAM schemes and the BEEP-S, but the price of beef drops as soon as they announce them.”

“It’s all eroded. Farmers are supposed to be getting thousands and thousands, but it’s all eroded by the powers above us. If suckler farming doesn’t get the right support in the near future, we’ll all be gone out of business.”

“There’s talk of the price of milk being dropped, just talk, and there’s mayhem about it. The price of beef has dropped from €3.75/kg to €3.40/kg and there’s no noise being made at all. We’re just not being looked after.”

With the farm set up for a dairy enterprise, as it was previously, a lot of the infrastructure is already in place should the family decide to revert back. This thought has crossed their mind, but they don’t believe it will be a smart move.

“It crossed my mind but I’m not going to, at the moment anyway. We want to see how it levels out first. If everyone goes into milk, it will go the same way as the beef. We can’t all put our eggs in the same basket either.”

“There is money in milk at the moment but, if thousands more get into it, will there still be money in it?”

The farming life was the only life that the 41-year-old would ever consider, although he did dabble in other industries in his younger years.

“I tried other jobs on the building sites and things like that, but the day was like a week to me. I was looking at my watch from 10 o’clock in the morning to see was it time to go home yet.”

“Whereas I can be out in the fields, doing hard work, and suddenly it’s 6 o’clock in the evening when I think I’m only out 5 minutes. It’s my way of life, it’s what I was made for,” he concluded.