That's FarmingThat\'s Farming Irelands Largest Farming News, Properties and Classifieds Network
HomeBeef‘My grandad was in charge of the farm until he passed away... 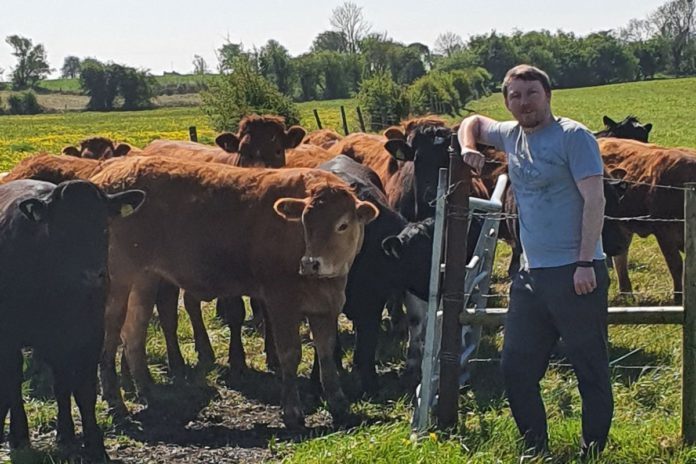 In this week’s Suckler Focus segment, That’s Farming, speaks to Johnny Brooks about plans to double numbers on the family suckler farm, achieving a compact calving window, 100% AI and the importance of a succession plan.

Johnny Brooks’ message to the farming community is this: “get a succession plan and put it in place”.

The sudden passing of his grandfather almost two years ago has prompted the Taughmaconnell, Ballinasloe, County Roscommon native, to deliver the timely message to farmers, based on his personal experience.

The 29-year-old told That’s Farming that “the last two years have been the most difficult of my life, and the Covid-19 pandemic has not helped”.

“I grew up in Ballinasloe town with my grandad, Sean Brooks, but I called him dad, nana and mam. My grandad oversaw the 70-acre farm until he passed away almost two years ago suddenly in a farm accident.”

“With his sudden passing at 73, but he was fit as a fiddle; nothing was expected, and there was no will or succession plan. I am running the farm since he passed with help from my mother, Orla, and 16-year-old cousin, Alain.”

“I was in Dundalk IT for three years, where I studied accounting and had found out my results just days before dad passed away. Unfortunately, I have not been able to find any opportunities close by to enter a trainee accounting position.”

“This is a family-run farm. I would be at least the fifth-generation, and luckily, I was able to know my great-grandparents, Joe and May Brooks, quite well growing up as they only passed away a few years ago.” 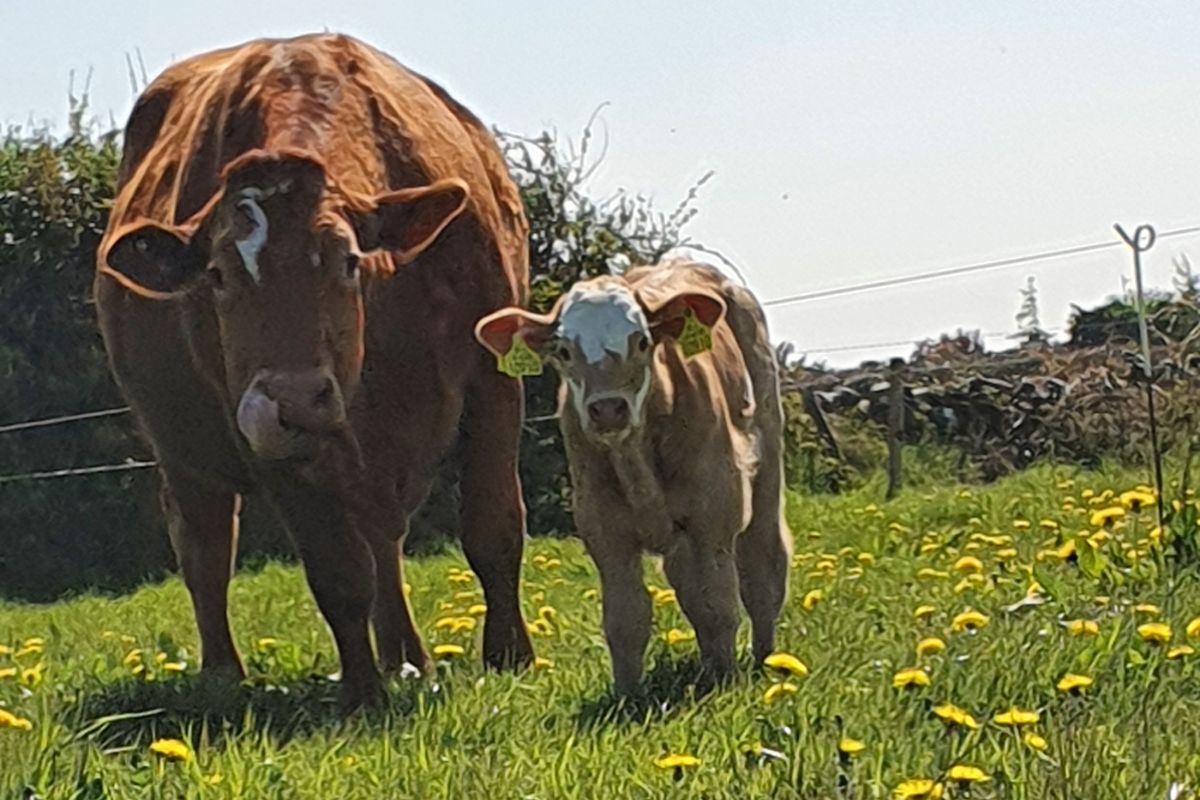 The family decreased their herd size over the past two years but are beginning to increase numbers once again.

They calved down 20 cows this year and have a further 20 coming into the herd as maidens, which they will calve next season. Their herd comprises mainly Limousin-crosses, with some Charolais-crosses, Belgian Blue-crosses, Simmental-crosses, and Hereford-crosses.

“We use AI; our local AI technician is with Dovea Genetics. My mother usually picks these as she will research them. She has picked some good bulls judging by these calves this year. We use easy calving bulls on heifers for the first two years and then progress from there.”

“We aim to calve from St Patrick’s Day onwards and hope to be done by the start of May. Our aim is to have ground as dry as possible as we do not really have the facilities to have many calves indoors.”

“Dad mostly calved in February/March, but he would also have a more spread-out period and calved at any point throughout the year. We decided that we needed to change this, so we wanted to have good weather for the majority calving to be outdoors, which in recent years, is usually about April.”

“However, we do have a couple of cows calving in June, but we are in the process of bringing them back a month each year in line with the rest of the group. I felt they were too good to let go.” 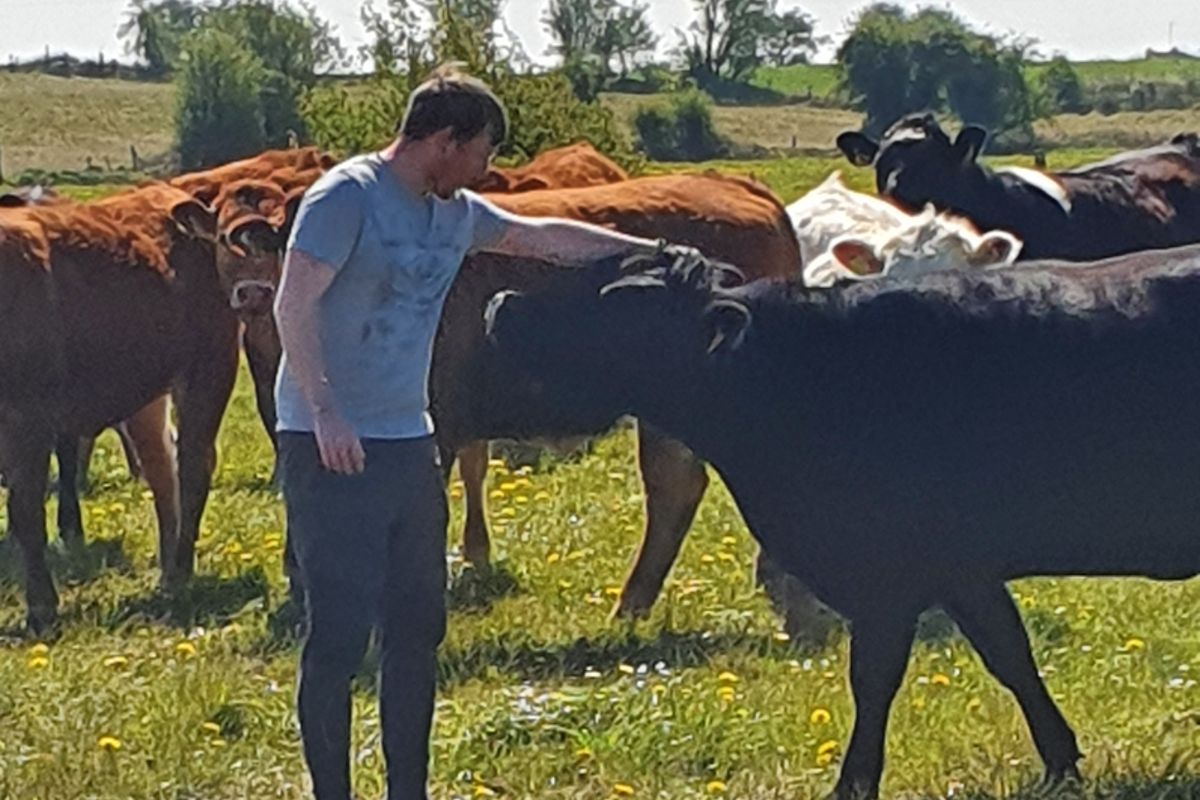 Operating a 100% AI system, the breeding season begins on the Roscommon-based enterprise in mid-June, with plans to tighten the herd’s calving window.

“Some cows are currently 11 months, so we are trying to bring them in line with the rest of the groups. Others have just had their first calf in about 15 or 16 months as it was easier to bring these few forwards. Looking ahead, though, our target will be one calf per year. If they are not in-calf when we scan, we will sell them.”

Meanwhile, Johnny is attempting to execute a stricter culling regime to improve the herd’s efficiency. Currently, if females do not hold after two rounds of AI, he usually sells them unless they are one of “his preferred cows”.

“Then, I will give them a third chance, but after that, it does not matter; they must go. If an animal is stone mad, they are gone straight away as it’s dangerous.”

“Docility is key, but I will still never trust a cow after calving. To note, wide hips and a flat top back usually gives me more confidence about a cow’s ability to calf, so I like to see that.”

They usually keep heifer calves over the winter period and some later-born bulls to sell at spring sales and sell the remainder of their bull weanlings in October or November – depending on ground conditions. “I look to try hit the €3 per kg for bull weanlings. That is easier said than done, though.”

Besides, they retain a selection of heifers as replacements to calve as part of a 30–34-month-old system. “We are going to aim for calving at 24 months as we want all calving at the same time. Most of our cows we have now are under six-years-old; there are a few that are older.”

To further develop the farm, Johnny, who is studying for a Green Cert at Mountbellew Agricultural College, relishes the idea of adding a new shed for newborn calves, upgrading existing buildings and the yard, and creating additional bale storage.

However, for now, he is just “taking everything step by step” but intends to switch to part-time farming “when a plan is in place”. 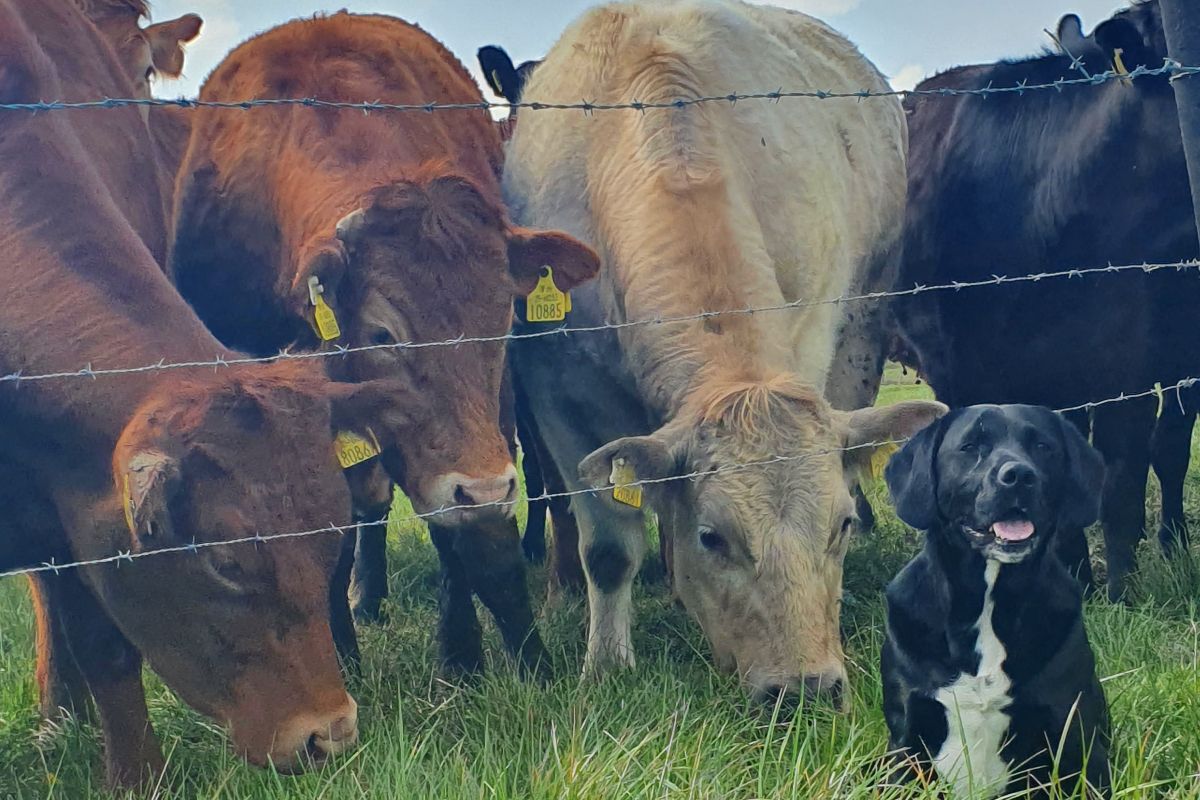 Brooks’ thoughts on farming in Ireland

Commenting on the suckler sector in Ireland, “Everyone knows there is not much money in suckler farming at the moment, with all costs rising constantly and beef price remaining quite stagnant.”

“When I was 16, I would go to the mart for my dad to sell cattle. He would want €400 plus the weight for them. The prices do not seem to have risen much in the last 13 years despite costs continually rising year-on-year.”

“Suckler farming is doomed and just an expensive hobby with a lot of work. They are talking about cutting the herd size; that means more South American beef being imported around Europe, which is more fuel on boats.”

“Beef prices do not go with along with the rest of inflation. They stay stagnant. Beef farmers are not rewarded enough for the quality progeny they are producing. It is very hard to upgrade facilities if you can barely cover costs; never mind get a decent wage for yourself out of it,” Johnny concluded.

Do you run a suckler farm? To share your story, email – [email protected]

- Advertisement -
Previous article
‘I was sitting at my laptop until 4am to bid for 5 AI straws off a bull’
Next article
Bullocks to €1,045 over at Headford Mart