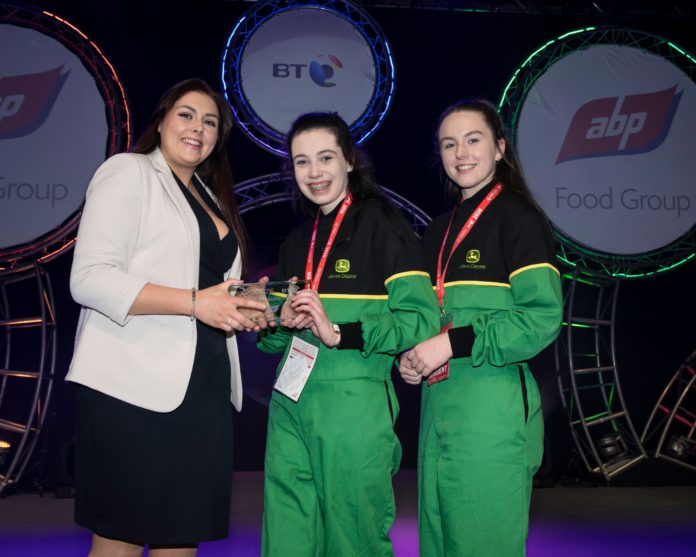 Three students from Co. Clare have been announced as the overall winners of the ABP Farm Safety Award at the 2020 BT Young Scientist and Technology Exhibition (BTYSTE).

The device, which is designed to prevent accidental deaths in slurry pits on Irish farms, is powered by solar energy and uses infrared sensors that detect if a large object has entered the slurry pit.

It then sends an alert to a list of mobile phones via an app.

For the sixth consecutive year, ABP Food Group has sponsored the farm safety category, which year-on-year has produced ground-breaking projects from students across the country.

ABP said that the area of farm safety is a priority for the company, adding that it is an issue that is still prevalent in Ireland today.

In 2019, 18 people in the farming sector were killed in work-related accidents according to the Health and Safety Authority (HSA), accounting for approximately 40% of all Irish workplace-related deaths that year.

‘Epitomises the spirit of this award’

“Their project epitomises the spirit of this award, which aims to improve safety on farms and educate people about the dangers of farming accidents.”

“As has been highlighted by figures published by the HSA, farm safety is still an area of major concern in Ireland.”

“Through the sponsorship of this award, ABP hopes to contribute to addressing this issue, and raising awareness of the importance of farm safety, particularly among young people.”