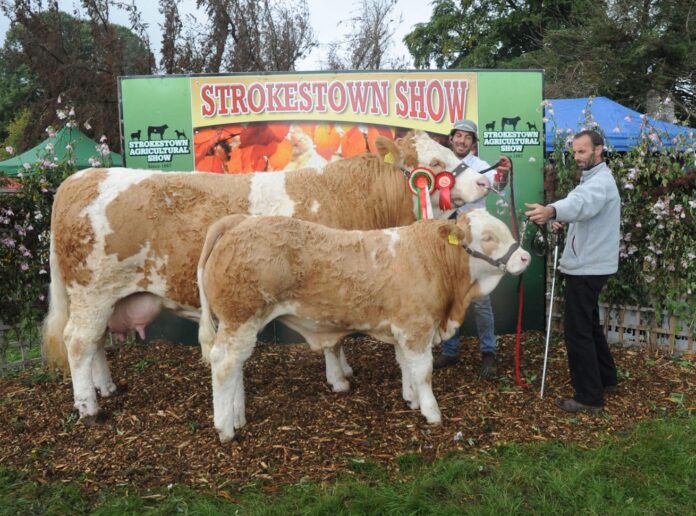 Organisers of the 154th annual Strokestown Agricultural Show, Co. Roscommon, have put “all the events previously held over two days into one day”.

They have planned a “full” programme for spectators this Saturday, September 10th, 2022, on the grounds of Strokestown Park House with the kind permission of the Callery Family.

According to chairperson, John O’Beirne, in the cattle section, highlights include:

O’Beirne added that the Horse Show will take centre stage on the day with 17 classes, including Tom Rogers’ Irish Draught class, which carries a prize fund of €500.

There are classes for half-bred mares, yearlings and two and three-year-olds – all to be shown in hand.

He says the highlight of the horse show is the Strokestown Park Irish Draught Broodmare All-Ireland Championship with a foal at foot.

This class and the one, two and three-year-old Draught fillies are sponsored by Jim Callery & Family with a respectable €12,000.

According to the show chairperson, there will be 20 pony classes, and the registered Connemara pony section is sponsored by Tony & Blaithin Stevenson with €1,000.

Meanwhile, there will be a “spectacular” dog show with 23 classes and champion and reserve silverware up for grabs, along with a prize fund of over €1,000.

The chairperson continued: “Our sheep section looks to be as big as ever with classes: commercial, Suffolk, Texel and Charollais.”

“Flavours from the heart of Ireland again this year with chef, Shane Smith of TV3 & RTE, ambassador for Gem Foods with cookery demos throughout the day and food stands from all over Ireland.”

Also, there will be commercial stands also, including machinery, etc. Joining the show this year is the Mid-Roscommon Vintage Club with cars and machinery that will be working on the day.

Their highlight will be a threshing machine, which will be threshing corn throughout the day.

The spokesperson continued: “It will be lovely for the younger visitors to see how things were done 50 years ago, and indeed older people can reminiscence.”

“There will be amusements for our younger people also. All-in-all, a full day for an entry fee of just €10, with kids free,” he concluded.

- Advertisement -
Previous article
Renewable energy: Options for farmers
Next article
‘Some of the best farm vets come from non-farming backgrounds’