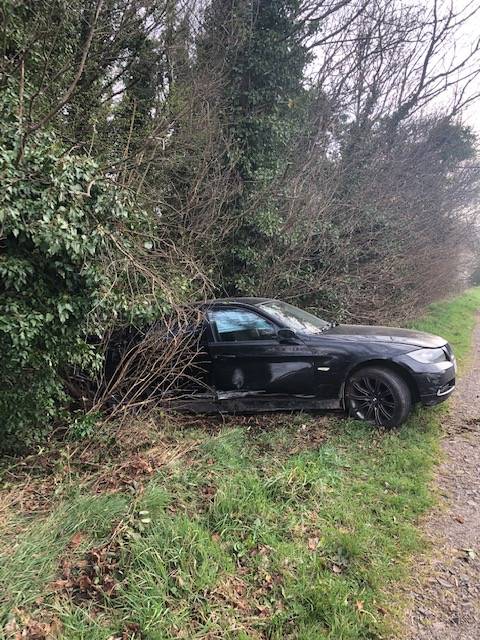 A stinger device was deployed to arrest three males on Sunday (April 5th).

The occupants of a car, who were under the influence of alcohol, journeyed across the border after a theft in Aughnacloy, Co. Tyrone.

In a post on social media, on Monday (April 7th), a spokesperson for PSNI Dungannon & South Tyrone said: Once stung, twice shy! Let’s hope so.”

“The occupants of this car made off across the border after a theft in Aughnacloy. They didn’t get too far before being pursued by our colleagues in An Garda Síochána.”

“Lucky for us, they came back into our area where we were ready and waiting. After, what was described as a “carefully co-ordinated effort”, Dungannon LPT, assisted by Armagh NPT and TSG call signs, brought the vehicle to a stop.

“It was the two Dungannon sergeants who get all the plaudits as they successfully stung the vehicle just outside Aughnacloy. Great effort boys!”

The occupants of the car made off from police, but all three were arrested after a “short chase on foot”. “It may come as no surprise to note that all three were intoxicated.”

“The driver was arrested for a litany of offences including dangerous driving, failing to stop, no insurance, no driving licence and driving whilst unfit. He will be meeting the judge this morning.” the post concluded.