That's FarmingThat\'s Farming Irelands Largest Farming News, Properties and Classifieds Network
HomeBeef‘Never leave till tomorrow what you can do today’ 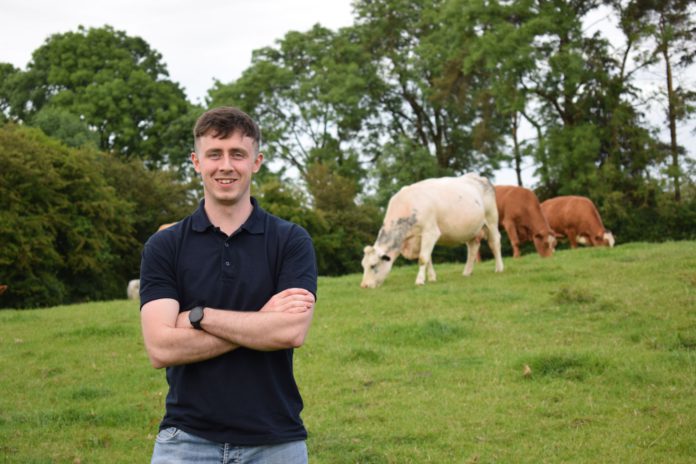 ‘Never leave till tomorrow what you can do today’

In this week’s Career Focus segment, That’s Farming, speaks to suckler and sheep farmer, Stephen Fagan. He studied a Bachelor of Science in Product Design, Marketing, and Innovation at Maynooth University and previously worked for Moocall. He joined MSD Animal Health Intelligence earlier this year.

Throughout school, Stephen Fagan, Castletown Geoghegan, Co. Westmeath, had a desire to farm and had his heart set on agriculture at university.

However, the world of creativity and innovation always fascinated him, and there was an entrepreneurial streak that he wanted to explore.

So, after leaving secondary school, the 25-year-old desired to find a way to combine somehow his interests in agriculture, design, technology, and business.

It was from here that he studied a Bachelor of Science in Product Design, Marketing, and Innovation at Maynooth University.

This course enabled him to bring his creativity and problem-solving skills to the next level. After four years at Maynooth, he graduated in 2018 with a first-class honours degree.

“From here, it allowed me to research and develop products and services that not only solved problems and satisfied needs but ultimately turned ideas into viable business opportunities.”

During his final year at Maynooth, he developed various design concepts, including an award-winning monitoring technology for sheep.

“Every year on our home farm, we found ourselves faced with the same headaches with sheep.”

“There would always be cases of ewes going on their backs, health issues not being addressed on time and dog attacks, an issue which seems to be only getting worse.”

His agtech solution, named Bleat, was targeted towards sheep farmers to create awareness of an animal experiencing signs of stress, determining various scenarios for the flock owner to act upon.

He took first place at the EDEN Entrepreneurship Awards in 2018, which was in conjunction with Enterprise Ireland and the Local Enterprise Office. 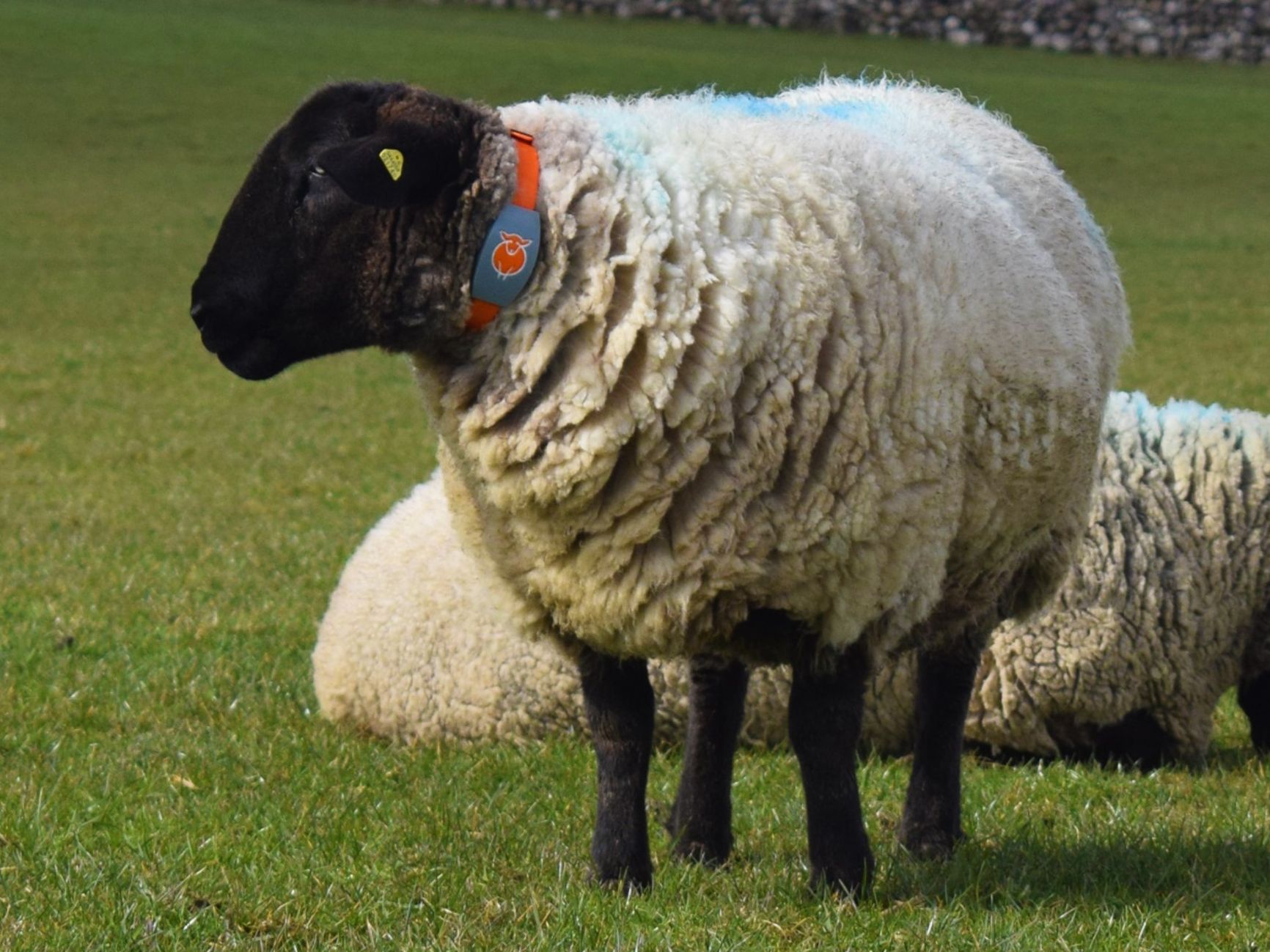 From a very young age, Fagan was accustomed to the everyday dedication and hard work that growing up on a rural family farm brought. The farmyard is where a lot of his learnings and valuable experiences as a child came from and indeed stand to him to this day.

“Farming has always been a major tradition in our family and something I have had a great passion for from a young age. As a child, I never had time to be bored as each day brought about its own challenges and something different to do.”

“My late grandad, Paddy, was the hardest worker I knew. He would always try to squeeze as many jobs as he could into the one day, rhyming off the old saying, ‘never leave till tomorrow what you can do today’.”

“Alongside my two brothers, Joe, and Darren, we are the seventh generation to farm the land at our home farm in Westmeath.”

Joe works full time for a large-scale dairy enterprise and Darren relief milks together with his academic studies. Their father, Paraic, a full-time farmer, oversees the running of the family’s suckler-to-beef enterprise alongside a flock of lowland commercial sheep.

“My mother, Josephine, is an accountant, so as you can imagine, a lot of what is discussed around the dinner table revolves around something farming-related.”

“We all work great together and try to plan to get any of the main jobs done when some of us are around, whether it be early in the morning, late in the evening or the weekend.” 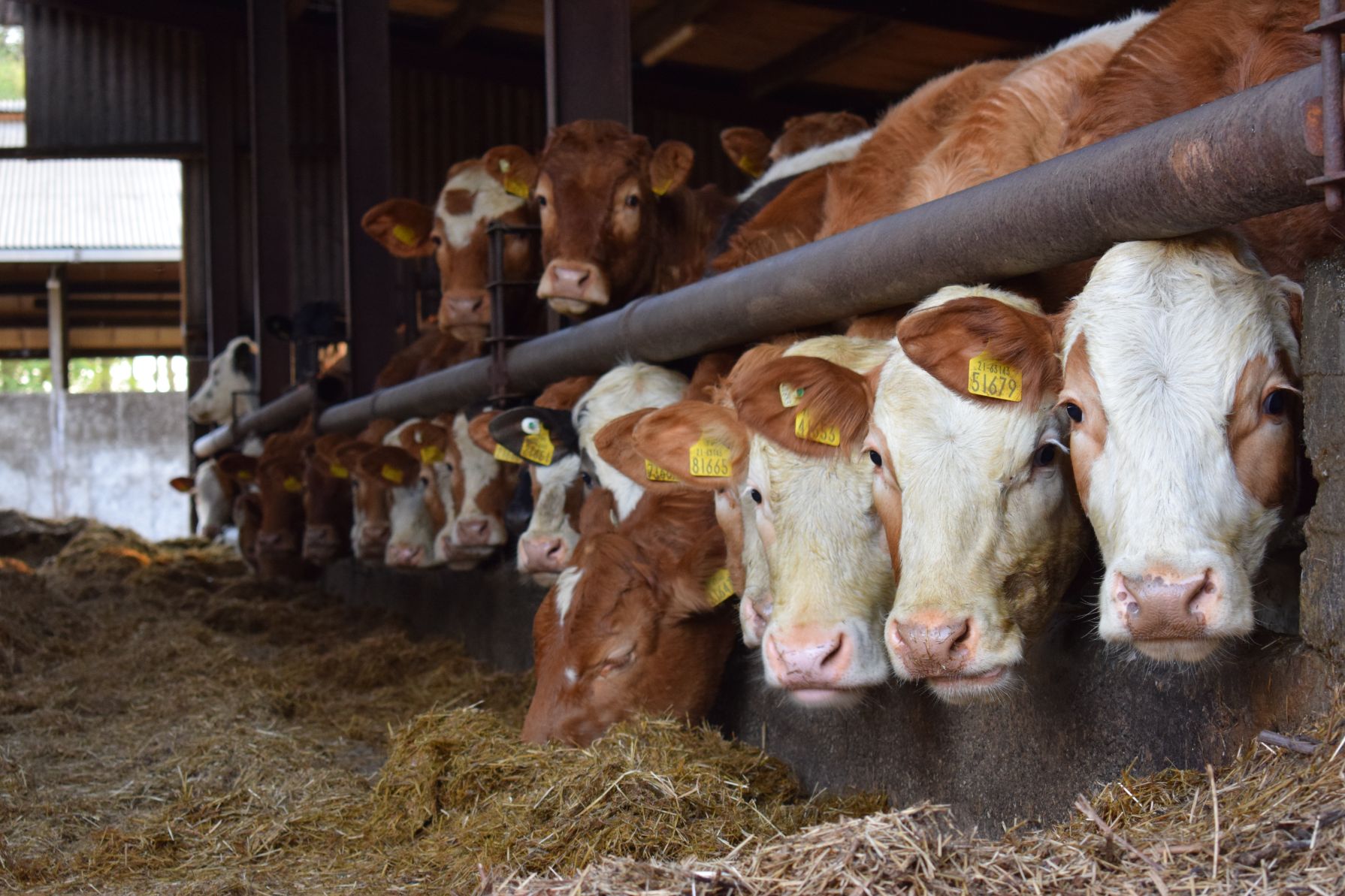 The family predominantly farm Limousin and Simmental-crosses, typically calving in spring and autumn.

“At present, we run stock bulls and over the years, have stuck to both the Limousin and Simmental breeds. Through careful selection from both my grandad and father, we have a very healthy, docile, and excellent performing herd of cattle.” 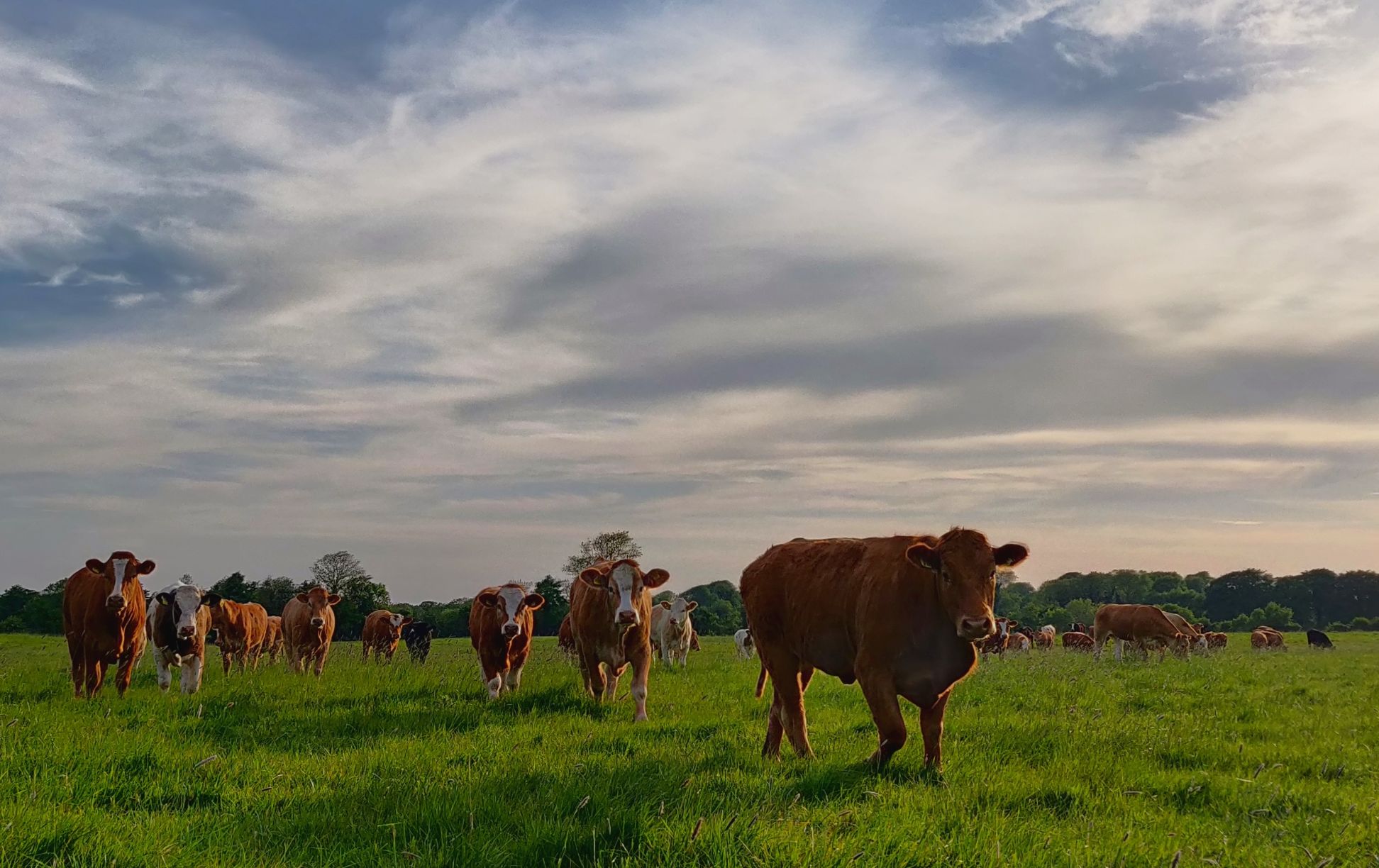 On the sheep front, they run pedigree Suffolk rams with their ewes and hoggets, mostly made up of Suffolk, Texel, and Charollais-crosses.

“I do not think we could ever steer away from the Suffolk breed. The rams we currently have are producing smashing lambs for us.”

“All lambing takes place in the early spring, which is by far our busiest time of the year, with most of the lambing being carried out indoors.”

“We sell lambs straight off grass at Tullamore Mart at approximately four months of age, and we also keep some ewe lambs as replacements, too,” he added. 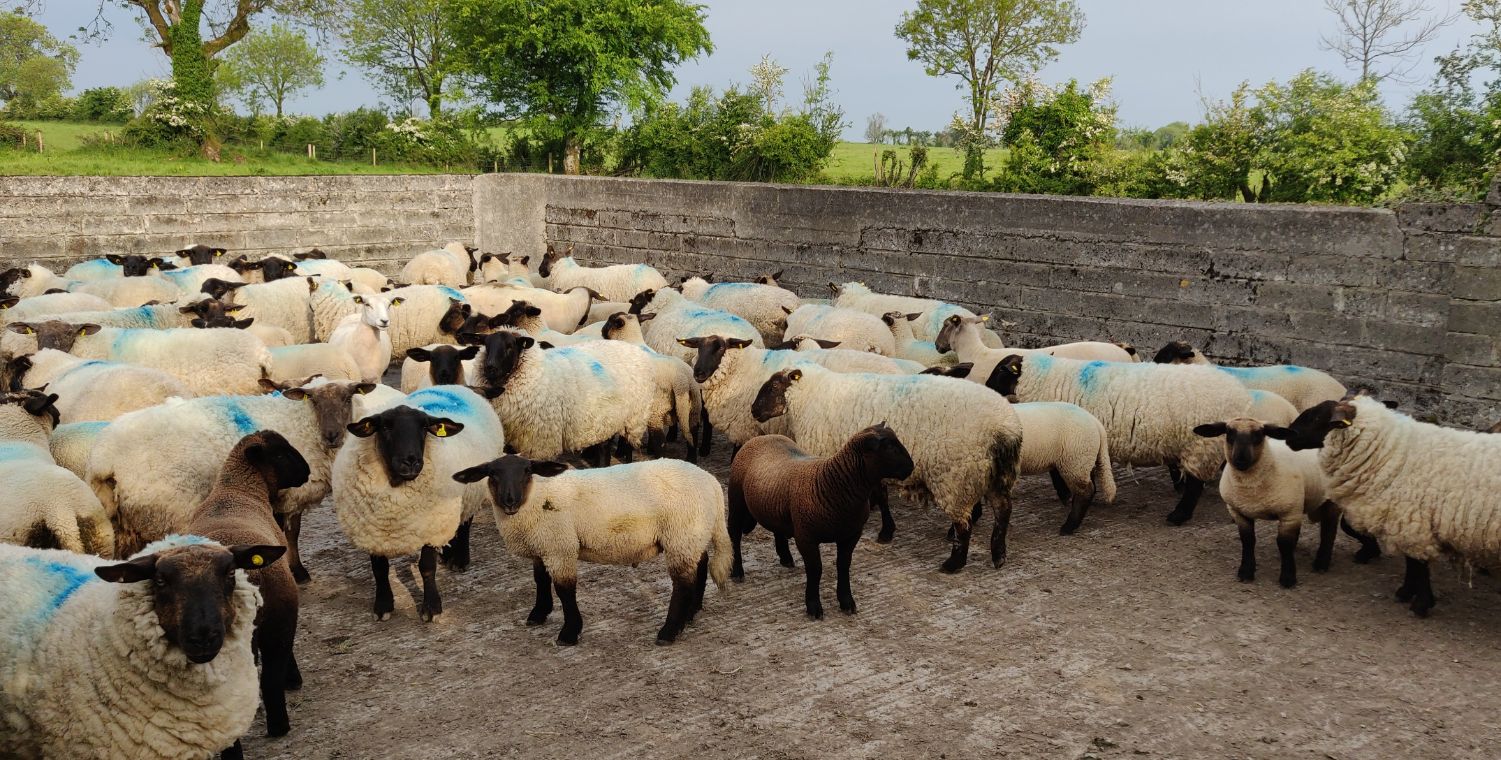 The 25-year-old has continued to progress at industry-level whilst maintaining his farming commitments.

After graduating from Maynooth, he spent three months working in San Francisco and travelling across America. The Westmeath native obtained a role with the Irish agtech company, Moocall, upon returning to his native soil.

Initially, his position involved liaising closely with the product R&D and sales teams, but he worked his way up to become head of operations and design in early 2019.

From here, he was responsible for managing customer service, renewals and sales teams serving both the Irish and international markets.

As well as being heavily involved in attending tradeshows, events and assisting in R&D, he played a key role in securing new and managing existing sales partners in over 70 countries worldwide for over two years.

This year, he secured a position at MSD Animal Health Intelligence as a product and customer services manager. MSD has a world-leading portfolio in animal monitoring, identification, traceability and pharmaceutical products and services.

“Particularly with the acquisitions of Allflex Livestock Intelligence, IdentiGen, and as of recently, LIC Automation, it makes for a very exciting time to be now part of such an innovative and influential global organisation.”

“I work alongside a very talented and knowledgeable team that are all well respected within the industry. Every day is different, and I am constantly learning, which makes it that more enjoyable,” he added.

“Currently, I am completing my Distance Learning Green Cert with Teagasc in Mountbellew Agricultural College, and I am finding it great so far.”

“Since I am working full-time off-farm, it is fantastic to have the option to complete this course while only attending weekend lectures, so it does not interfere with my day job,” he added. 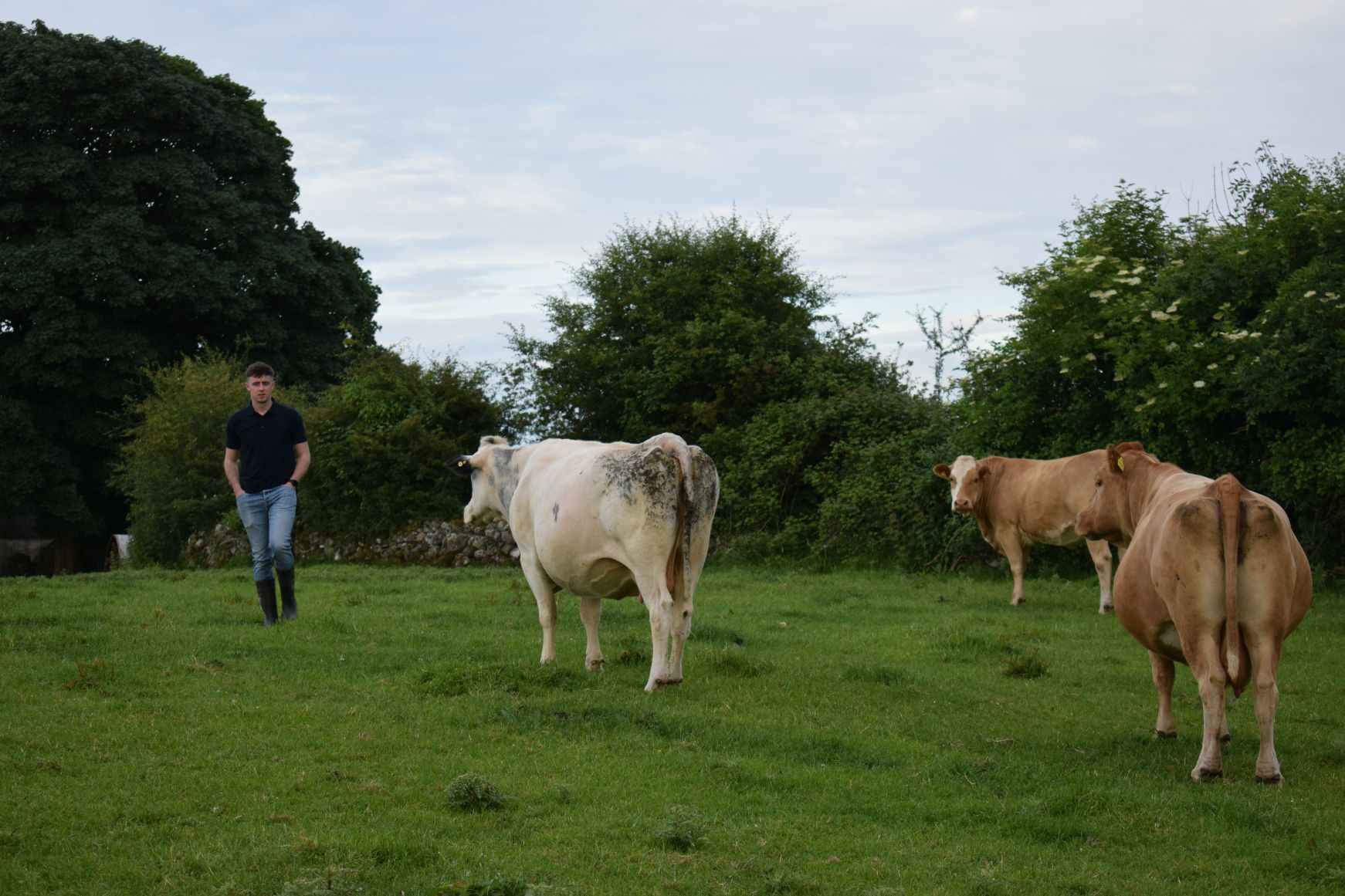 Advice for anyone wanting to work in the agricultural industry

His advice to anyone looking to pursue a career in agriculture is never to underestimate yourself or shy away from a challenge or chance to experience something new.

“Whether you have an interest in machinery, dairy, beef, poultry, pigs, agtech or business and you are willing to put the work in to learn; you are 90% there.”

“Opportunities come and go, but something I am a firm believer in is ‘what’s for you won’t pass you’. Being yourself and having a strong work ethic allows anyone to push their own boundaries both personally and professionally.”

“Do not feel held back with the points you receive in the Leaving Cert or college exams; there are so many routes into everything.” 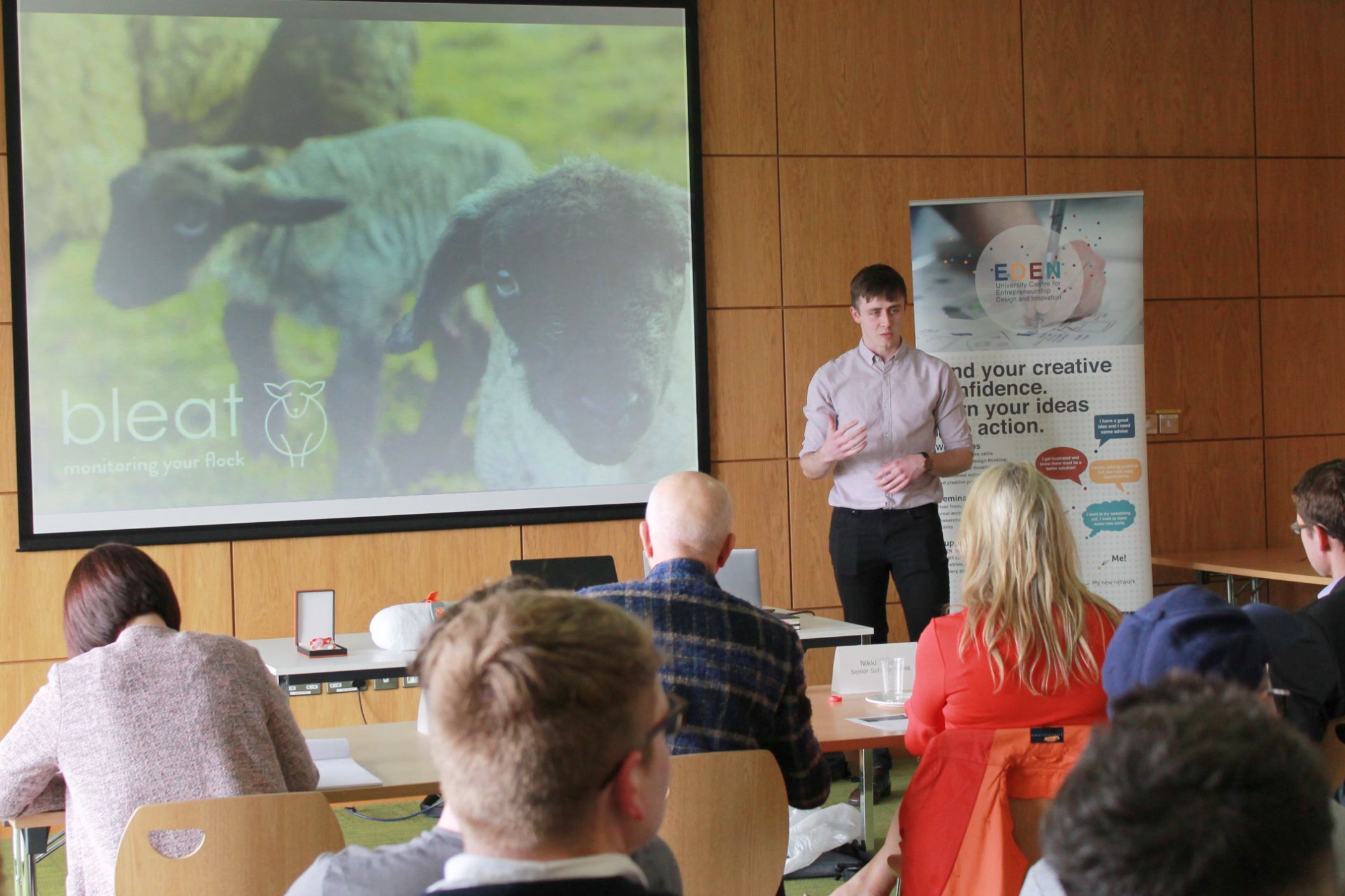 Outlook for the future of agriculture in Ireland

“I believe there is a fantastic future ahead for farming in Ireland. It is no secret that young farmers are presented with many challenges, so persistence is key.”

“Yes, it can be hard to listen to the doom and gloom around the suckler-beef and sheep sectors, so at home, we try to keep doing what we are doing, embracing changes as they come.”

“I think COVID-19 and the lockdowns that have come with it has made me appreciate farming and living in the countryside more than ever.”

“There are lots of people that tend to take things for granted, such as the never-ending food supply on shop shelves and the 365-day work cycle farmers commit to.”

It is like anything. There will be ups and downs, good years and bad. You must always try to look where the positives lie and work with them,” Stephen Fagan concluded.