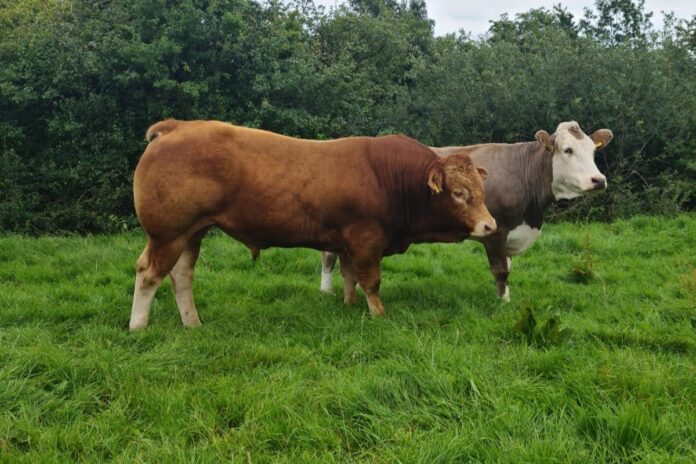 6 reasons why you should calf your sucklers in 12 weeks

In this article, CAFRE’s Jack Friar discusses breeding the spring-calving herd. He discusses the importance of BCS and a rising plane of nutrition, pre-breeding scanning, the benefits of a tight calving

Attention is now moving towards the breeding season for spring-calving suckler herds.

The usual body condition score of 2.5+ and also a rising plane of nutrition are important to help get cows back in calf quickly and achieve a calving interval close to 365 days.

Pre-breeding scanning of suckler cows is not a task carried out on every cow. Although, you should consider it for a cow that had a difficult calving, an infection and required a ‘wash-out’ or cows that retained their placenta after calving.

Set a defined breeding season with a definite start and end date for all cows to calve within 12 weeks. Aim for 60% to calve in the first month and 80% by the end of the second month.

The advantages of this include:

If you think this is unachievable as your calving period is usually spread over four or five months, consider taking bulls out two weeks earlier each year to gradually reach a 12-week calving period.

You can achieve this in three to five years.

The aim is to calve replacements at 24 months of age. Although there is still some reluctance to try this, there are many benefits.

Some of the advantages of calving heifers at 24 months of age include:

Unlike cows, heifers should only have a breeding season of eight weeks. This allows heifers to be served at least twice. After this, you should cull heifers, not in-calf, as they are likely to have future fertility issues.

Having a four-week shorter breeding season also allows extra time for recovery after calving and to resume cycling again before the start of the next breeding season.

Sire selection is critical for making two-year-old calving work. Use an easy calving bull so that the size and shape of the calf allow it to be born easier.

- Advertisement -
Previous article
Yara reports improved three-fold increase in first-quarter results
Next article
Quiz: How much did these cattle sell for at Ballybay?