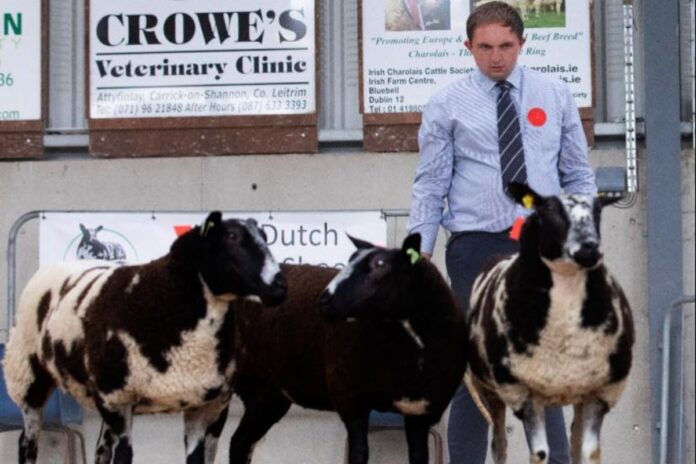 Close to 70 entries will come under the hammer at the Irish Dutch Spotted Sheep Association’s forthcoming show and sale on Saturday, September 10th, 2022.

According to a spokesperson for the association, a “great selection” is catalogued for its first official sale at this “popular” venue.

“We are delighted with an entry of 40 rams coming to Blessington; they are well worth a look. Also presented will be close to 30 females on the day.”

“These are sought-after lots suitable to join pedigree flocks and to form the basis of anyone interested in starting in the breed. All lots fully registered with the IDSSA.”

The show will commence at 12 noon with Mr Adam Donald from the Willbraid Dutch Spotted flock in Northern Ireland set to officiate as the pre-sale judge.

The sale will follow at 2 pm sharp with ringside bidding and online via MartEye’s app.

The society spokesperson continued: “The breed is building in strength across the country. People have also seen the breed shown at numerous shows the length of the country from Inishowen to Tullow.”

“With impressive reports from commercial farmers on their spotted crosses, this season more people are wanting to try the breed in their flocks.”

“Producing consistent, easy-managed lambs, which are finishing on time, this breed will perform alongside and match the more familiar crossing sires in the national flock. They will certainly stand out in your field,” they concluded.

Link to sales catalogue. Ringside and online bidding – contact the mart in advance.