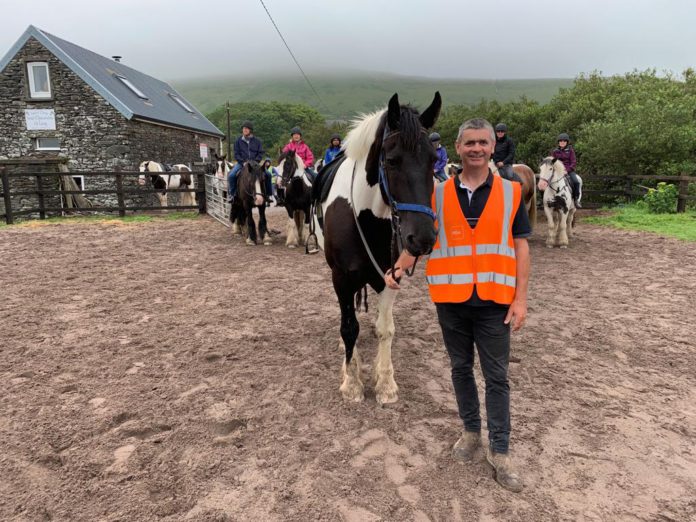 TG4’s agricultural series, Beidh Aonach Amárach,  visits the historic and picturesque Puck Fair in Kerry. It is ‘Lúnasa lunacy’ in Killorglin as they face into the annual Puck Fair. They’ve captured the puck, they’ve chosen their queen, the traffic barriers are up, the barrels are replenished and they’re good to go.

Declan Mangan is ‘Puck mad’ and his wife Anne isn’t far behind him as they throw themselves into organising the event.

John Pat Long has some wheeling and dealing to do down in the horse-trading field.

Dessy Cronin and his son, David, promote Kerry Social Farming and cross paths with Peter Crowley. There are some quick costume changes for Mike Dowd from playing music in Falvey’s Bar to marching in the parade.

Will the traffic controller with the most difficult job on the planet Pat Healy manage to get King Puck through the town and up onto his throne in the sky?