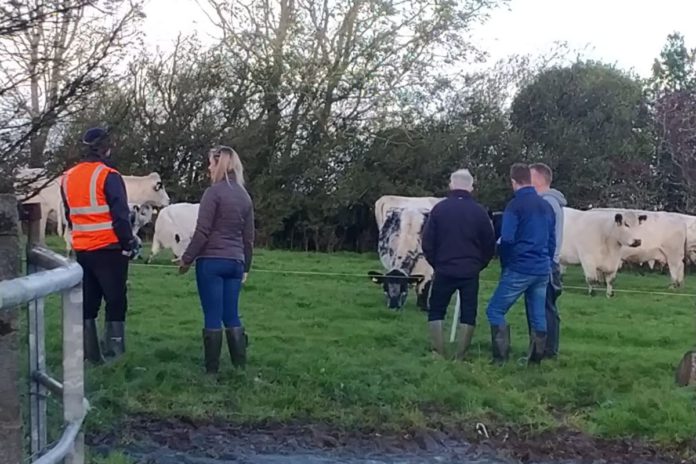 Lanmore Speckle Park has rounded off what has been a “whirlwind” of a year with “the first Speckle Park auction of its kind in this part of the world”.

The Lanmore, Westport, Co. Mayo native established his herd twelve years ago and has been instrumental in the breed’s continued development in Ireland.

A series of milestones – including exporting the first pedigree Speckle Park bull to mainland Europe – culminated into an open day and sale on Saturday, October 30th, 2021.

“We were delighted with our first open day and sale here at Lanmore Speckle Park.”

“We were so lucky with the weather, which made the viewing of the full herd a more enjoyable experience for all visitors.”

“I penned all sale catalogue in the main shed, which allowed interested buyers to have a good closeup view of entries.”

“We did not count the attendance, but approximately 100 people attended the open day.”
“Prospective buyers, people interested in finding out more about the breed and local supporters passed through the gates.”

“This open day was an ideal opportunity for people to get an up-close look at these wonderful cattle. Many attendees would not have seen them in the flesh before.”

“Furthermore, it was great to talk to so many people interested in the breed and I tried to answer any questions they had.” 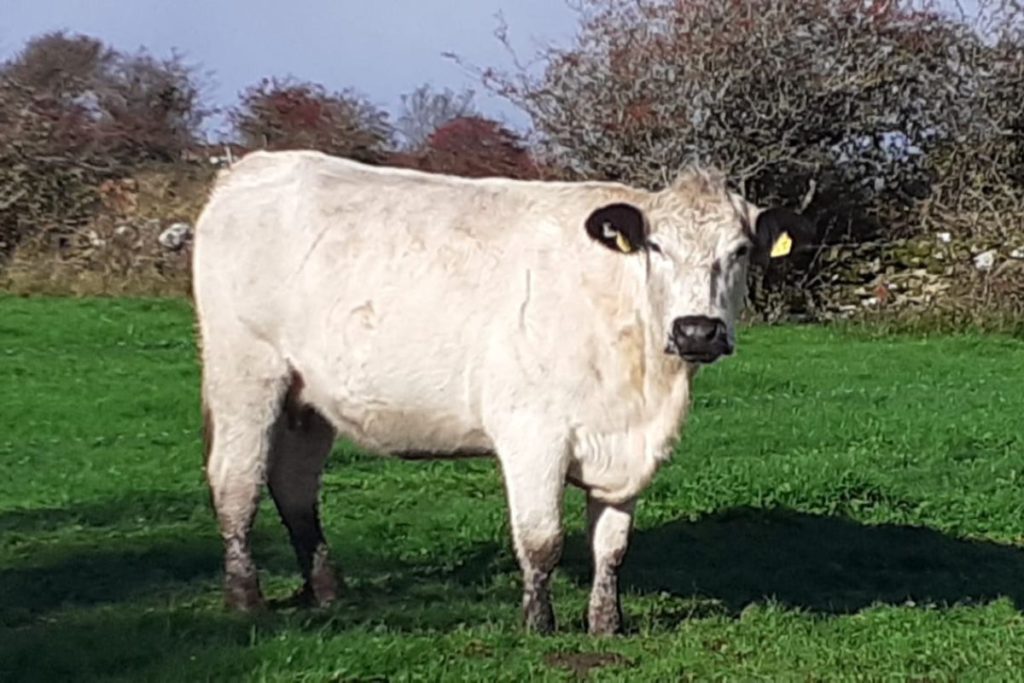 Morrison believes he offered a “good selection with a choice of something for everyone”.

“This was the first offering of its kind for Speckle Park not just in Ireland but in Europe. We recorded close to a full clearance.”

“Buyers came from all over the country, with animals going to Kerry, Cork, Kildare, Meath and Holland. Our customers were a mix of current and new breeders.”

“Over 20 people registered to bid online. While not all participated on the day, there was good demand.”

“Yearling heifers averaged just under €2,000, but the weanling heifer, Ivy Belle, a super 6-month-old out of one of our top-performing cows, found a new owner at €1,800.”

“We were delighted to welcome a previous buyer of Lanmore Speckle Park over from Holland.”

“Robert Asborek, who previously bought a Bull from us last year, the first live export of a pedigree Speckle Park bull to mainland Europe made the trip over with his brother.”

“Although they did not get to purchase their intended lot during the auction, an agreement was reached afterwards for one of the cows, Lanmore Destiny and her calf, Lanmore Ice Man.”

“It gives us great pride that Robert has shown the faith in our herd by adding more Lanmore Speckle Park to his growing herd in Holland.” 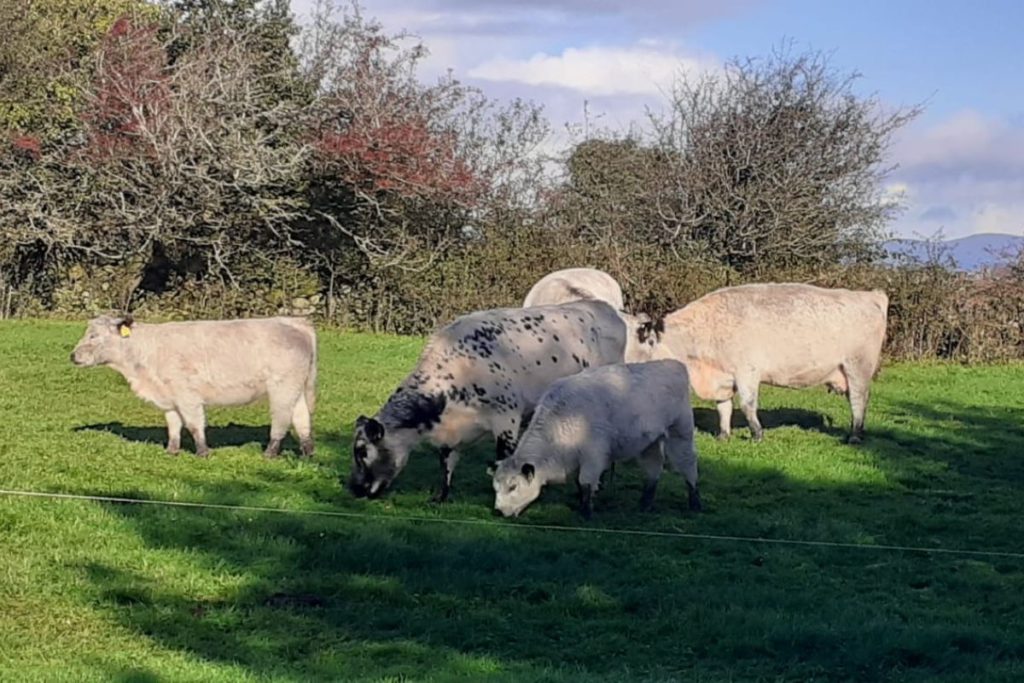 Morrison thanked all buyers and underbidders for supporting the inaugural open day and sale and he hopes to build on this year’s success in 2022.

“I also want to thank my wife, Marian, and our two boys for all their hard work over the past few months preparing for this sale and also to all friends who volunteered on the day.”

“We have had an amazing couple of years, and we hope to build on our success and brand. In 2022, we will calve down more Speckle Park cattle than ever before. Furthermore, we cannot wait for the arrival of calves by Minamurra Leander.”

“These are the straws we purchased at auction in Australia last year. We believe he will have a massive impact on Lanmore Speckle Park herd in the coming years.” 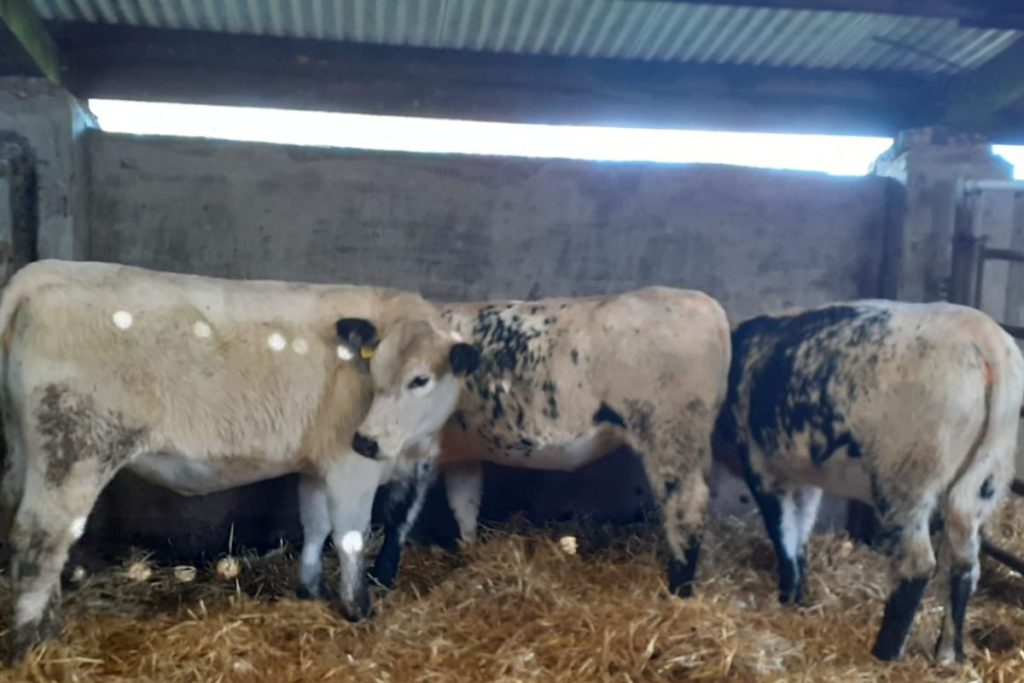 The Westport man believes Speckle Parks have a “massive” future ahead, both in Ireland and abroad.

“I look forward to being involved in that. They have the potential to fit into many farm enterprises.”

“There is demand already established within the dairy sector and dairy-cross calves meeting great demand.”

“Besides, with agricultural-related changes coming, a lower input, easier maintained and easier finished animal will have a big role to play in many aspects of Irish cattle farming.”

“It is my belief that Speckle Park cattle could answer many of these questions.”

“Speckle Park cattle have been the answer to all my questions here at Lanmore. I needed a docile easy calving and hardy animal for the west of Ireland and the breed ticks all of those boxes,” he concluded.