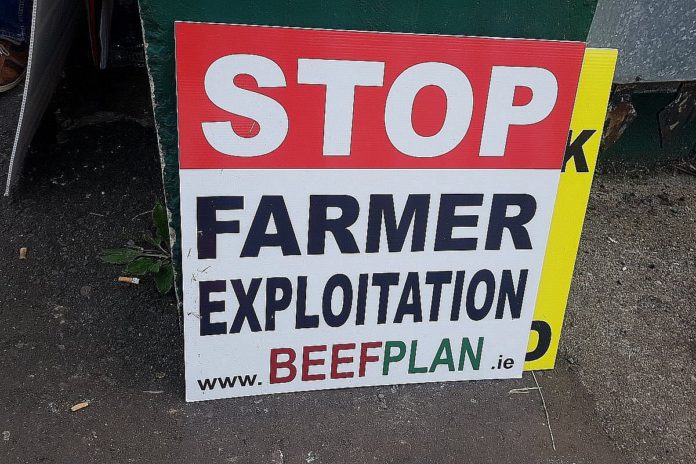 The Beef Plan Movement has successfully completed AGMs in nine counties to date, with new officers elected for the coming year, according to a statement released this afternoon (Tuesday, January 21st), which outlined that they will have representation on the national committee.

In the statement, Beef Plan’s committee of newly elected county chairs, said: “Unfortunately, some counties, for one reason or another, have failed to complete their AGMs by January 15th.”

The statement outlined that the elected representatives from the counties, who have completed their AGMs, attended their first meeting last week with some of the directors of Beef Plan.

“The decision was taken to extend the time to allow counties to announce the date of their AGMs to Friday, January 24th at 2pm and to hold their AGMs before February 15th, 2020, making sure to give 21 days’ notice in line with the rules of governance.”

“Counties, who fail to announce the date of their AGMs by January 24th at 2pm, will result in the new national committee making arrangements for the AGMs to take place in the time period outlined.”

“This decision was taken to allow every county have a representative at the national AGM. Efforts by any members to impede elections may be subject to disciplinary action.”

“It has also come to Beef Plan’s attention, through unauthorized press releases, of a proposed EGM to take place in Portlaoise on January 26th, 2020.”

“Any business conducted at that meeting will not be valid or binding in any way and may be detrimental to maintaining a unified voice for all farmer members of Beef Plan.”

“Any questions that any members of Beef Plan require answers to may be addressed at their monthly county meetings.”

The statement stressed that it is the priority of the newly elected county representatives to organise the national AGM.

At the national AGM, the statement added, all questions of finance will be addressed where a set of accounts will be presented to the members. All other issues surrounding membership and rules of governance “may be addressed”.

“As members are aware, there is disagreement amongst the former temporary national committee and the co-chairs; Hugh Doyle and Eamon Corley.”

“It appears the former temporary national committee wish to delay the democratic processes of electing new representatives within Beef Plan.”

“Unfortunately, in an effort to delay the election of new representatives, members of the former temporary national committee have issued legal letters threatening legal proceedings against Beef Plan including threatening injunctions to stop any elections taking place.”

“Mediation to sort out these differences has been offered, but as of yet, this offer has not been accepted which is unfortunate and is not in the best interest of the members.”

“It is also not in the best interests of our members to delay their representation indefinitely. There is a general election taking place at the moment and a great opportunity is being missed to lobby all intending TDs to try change the structures of the beef industry and win back a better slice of the cake for farmers.”

Therefore, the statement added, focus of the newly elected county chairs is to work towards enabling the remaining counties to hold democratic AGM’s to give them representation on the National Committee and allow the organization to hold its national AGM “without any further delay”.

This, the statement concluded, which will allow Beef Plan to return to the business of Beef Plan, and get back to doing what it was set up originally to do, namely to “provide farmers with a voice and address the on farm issues that they face”.