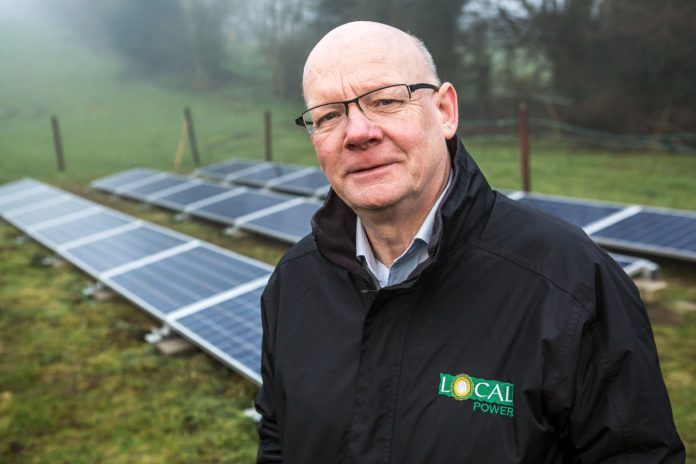 The ins-and-outs of solar PV on Irish farms

Ireland can in the future see an increased shift towards farms’ use of solar energy.

This follows on government’s recent approval of the Micro-generation Support Scheme whereby renewable energy providers will receive payment for any residual electricity they export to the grid.

In October, further impetus was received after the government announced that the claim through TAMS would increase from 40% to 60% of eligible farmers’ solar power installation cost.

Pat Smith, chairman of the Micro Renewable Energy Federation (MREF), says this is “good news” for the accelerated installation and use of solar energy.

“Grants and feed-in tariffs are now available for solar PV. This is in conjunction with the fact that the cost of solar technology has dropped by 90% in the last 10 years,” he told That’s Farming.

“In light of the rising energy costs, the paybacks are now compelling. I foresee solar technology being deployed on every farm, home, and business in the country going forward.”

The cost of installing solar power depends on the size of the system needed.

You can determine this by the:

“If you have a pig, poultry, or robotic dairy farm, the energy use is quite high, and the system size needed tends to be larger.”

However, solar power is modular, which means you can add to an existing solar-powered system if the electricity demand increases.

“The bigger the size (of the installation), the less it is per kilowatt installed.”

Glass-glass panels are more expensive than glass-foil panels. However, the former is normally of higher quality and more robust than the latter.

Also, glass-glass panels tend to offer better warranties. For instance, Local Power supplies German-manufactured Solarwatt glass-glass panels which have a 30-year performance and product warranty. And they are warranted to perform at 87% after 30 years. 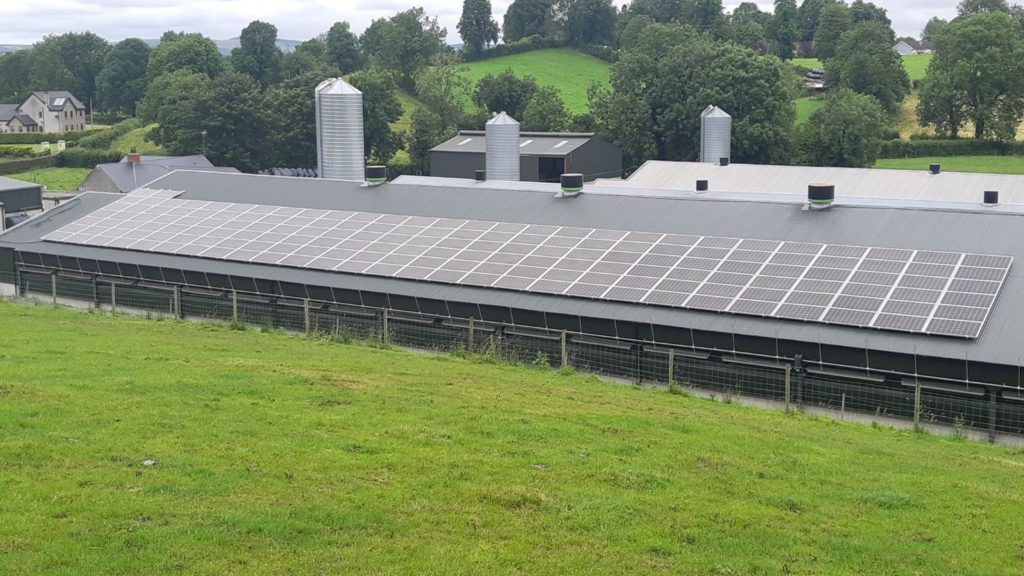 What is included in installation?

The installation offered by service providers normally includes the following:

Smith says the payback time on a solar energy system depends on the size of the farm and the structure installed, but it can be anywhere between 3-7 years.

Thereafter one will have free-generated electricity for many years.

“Moreover, the payback on the German technology is an extra ½ year to 1 year.”
“But the value of the warranty and the quality of the technology definitely justifies it in our opinion.”

According to Smith, the generation in Ireland is “very good”. Solar PV continues to generate electricity as long as there is daylight. And peak generation occurs in the summer months, with the lowest generation during the winter.

“Generation is determined by where you live in the country. If south-facing, the generation will be between 900kWh and 1 000kWh of energy (per year) for every kilowatt of solar put on and between 750kWh and 850kWh on an east-west facing roof.”

The benefits of solar PV for farmers are:

As for battery storage, Smith says that it is still relatively expensive. However, it can play a valuable role at peak times when electricity is expensive.

“But, with feed-in tariffs, the economics of storing energy is not that attractive.”

Smith says the fact that it has taken three years to secure exclusions to planning permissions for solar PV installations larger than 50m², is a moot point.

He expects that government will implement the exclusions early this year.

“For example, in the UK, you can build out 6 000m² of solar PV on a commercial building without planning permission. “

“I have repeated communications from government telling me that they were all for it. But the process has taken three years which is an indictment of the system.”

“It is not acceptable that it takes so long to get a simple regulation of planning exclusions for solar implemented.”

Furthermore, Smith says proper research needs to be undertaken on choosing a reputable company to supply and install the solar system.

He notes that it is important to understand the technology so that one is aware of what you are buying.

This includes proper consideration of the warranties, especially the exclusions.

According to MREF, its members are committed to providing quality products and a professional installation service and backup support.

MREF has more than 20 service providers and installers as members.

- Advertisement -
Previous articleCalf rearing: Why you should act fast in the ‘golden hour’
Next articleCancelled veterinary career wasn’t the end of the line for 23-year-old working on 380-cow farm